Proptech makes its mark in Spokane 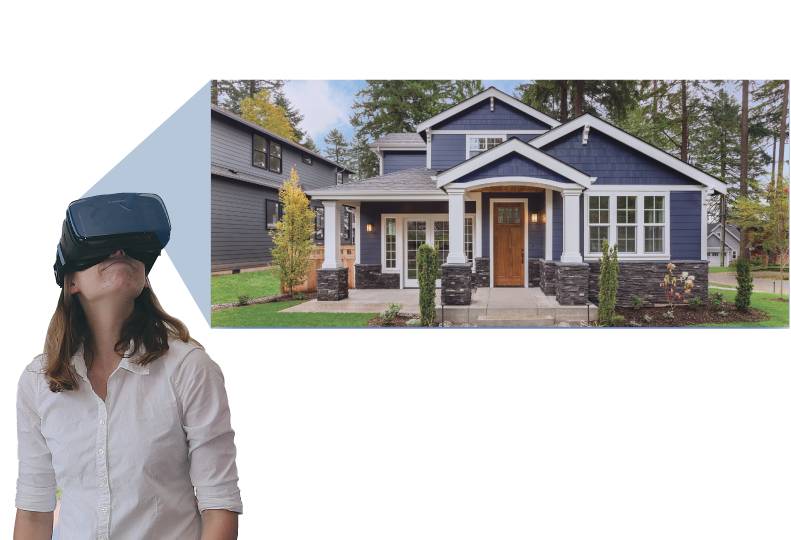 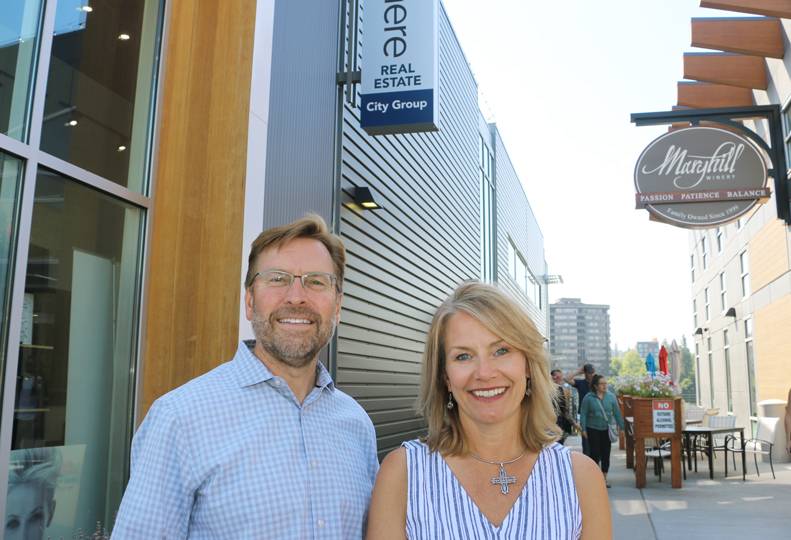 Innovations fueled by cloud computing and new technologies collectively known as proptech are disrupting every facet of the real estate industry, and while Spokane lags behind larger markets like Seattle and New York in terms of investment, proptech is still a force to be reckoned with in Spokane’s real estate scene.

Proptech, short for property technology, is the use of information technology to research, buy, sell, design, build, and manage real estate. It runs the spectrum from cloud-based data, virtual or augmented reality tools, artificial intelligence, and other software to smart-home technology.

Proptech got its start in the 1980s with the invention of personal computers and companies like CoStar Realty Information Inc., a real estate information database company, but didn’t explode onto the scene until the early 2000s, when real estate moved online and companies like Seattle-based Zillow Group changed what it meant to market and sell homes, according to the University of Oxford’s PropTech 3.0: the future of real estate study.

Despite its rapid growth globally, however, some developers and property owners have been slow to adopt the newer integrative technologies, such as smart home tech or virtual reality tools.

“Property technology is slow to adopt, mainly because anything around real estate is really expensive and who wants to try out a new product on a $200 million real estate project,” says Stay Alfred CEO Jordan Allen. “I think that everyone’s sitting back waiting for everyone else to try it and see who emerges at the top.”

Since 2000, the market has bloomed with new technology startups dedicated to easing the lives of those involved in the real estate industry, and the amount of investment has taken off since 2012, with the University of Oxford estimating the proptech sector constitutes about 15% of the total venture capital industry.

Stay Alfred alone has invested $62 million to date, according to CRETech. Data wasn’t available for Datappraise.

Allen says, “We have a huge software development team, and we’ve spent a lot of our resources over the last three years building out our proprietary technology platform.”

The platform covers the guest booking experience on the website and the mobile check-in app, as well as the in-unit technology that monitors temperature and humidity, Allen says.

Datappraise President Jeff Roper says he’s seen a lot more investment in proptech by prominent Spokane companies, such as Spokane-based Vandervert Developments Inc., and in particular, a trend in investing in artificial intelligence by developers to follow sales and lease trends to assist in pricing future acqusitions.

He postulates that, for Datappraise’s niche, demand will spike as the younger generations take over the real estate appraisal industry.

“There’ll be more demand, because they’re not afraid of technology … they tend to adapt to it more quickly,” he says. “A lot of younger appraisers have grown up with technology.”

Stay Alfred rocked the short-term rental market when it came on the scene in 2011 with its innovative property rental platform geared toward professionals.

Stay Alfred sits somewhere in between the traditional long-term and short-term housing markets, he says.

Fouty says Stay Alfred’s technology could be adopted easily in other segments of the market.

In particular, he notes such technology would be useful to long-term property management companies interested in adding high-tech features to properties, especially as consumers begin to increase the demand for such products.

Fouty adds that he believes if energy costs rise, people will become more cognizant of the different technologies out there that would be able to mitigate costs, and the use of technology will spike across all sectors of the real estate market.

“For long-term buildings … they just have to figure out how to catch up and retroactively fit their units, because I do think consumers will start to demand it more,” he says.

Allen adds that the overall goal for Stay Alfred is to provide a tech platform for buildings that can be used by short-term guests and long-term tenants in each building Stay Alfred has a presence.

“I think in the long-term, we’re going to see this blending between hotels and apartment buildings,” he says, adding that such integration may be beneficial to developers who want to take advantage of a fluctuating market.

Through the first half of 2019, CRETech reports $14 billion in venture capital has been invested globally, a 309% year-over-year increase. And while it reported a 13.7% decrease in total companies funded by deal volume, the average deal size increased by 50%, indicating investors are putting more money in fewer companies.

With the rapid expansion and relative versatility of such technology, proptech can be found almost everywhere, sometimes even in unexpected places.

Online retail giant Amazon.com Inc. qualifies as a proptech company with its Alexa virtual assistant and tech that allows users to adjust lights and temperature in their homes remotely.

Google LLC makes the cut with its Google Assistant for the home, the Nest Hub Max that was released this summer.

Despite proptech’s broadening influence and the prognosis that most real estate agents will become obsolete by industry experts like Trulia founder Pete Flint, Spokane-area brokers say they’re unconcerned about technology replacing traditional real estate agents within the next 10 years.

Windermere Real Estate/City Group LLC designated broker Heidi Bollum, who is also the community sales manager for Greenstone Homes, says, “There’s too many generations that aren’t ready for this, so I think we have a long time before that happens.”

Bollum says Windermere and Greenstone use virtual reality and 3D digital tours, as well as interactive floorplans that allow clients to customize home features and examine how a feature will fit in the space before buying. Windermere also offers a Neighborhood News platform that provides clients with zip code-specific market snapshots once a month to help clients track a specific neighborhood.

It’s unlikely that real estate agents will ever be completely irrelevant.

“This is just a tool. The reality is, most buyers, that’s their biggest purchase, the biggest investment they’re going to make,” she says. “They want an expert to walk them through and tell them what they can and can’t do, what’s available, and how much it’s going to cost.”

Joe Garst, owner of Windermere Real Estate/City Group LLC adds, “I believe that this type of technology is going to continually enhance the process … but at the end of the day, the buyer is going to want, as much as they can, to kick tires and to walk through (the house).”

Bollum adds that she believes the fear of obsoletion has lent itself to proptech’s slow adoption in the market. She says that fear stems from an “old-school” way of thinking in which Realtors’ value is tied to the property data they possess.

Some think, she says, “that if we give too much information, they won’t need us. And nothing could be further from the truth.”