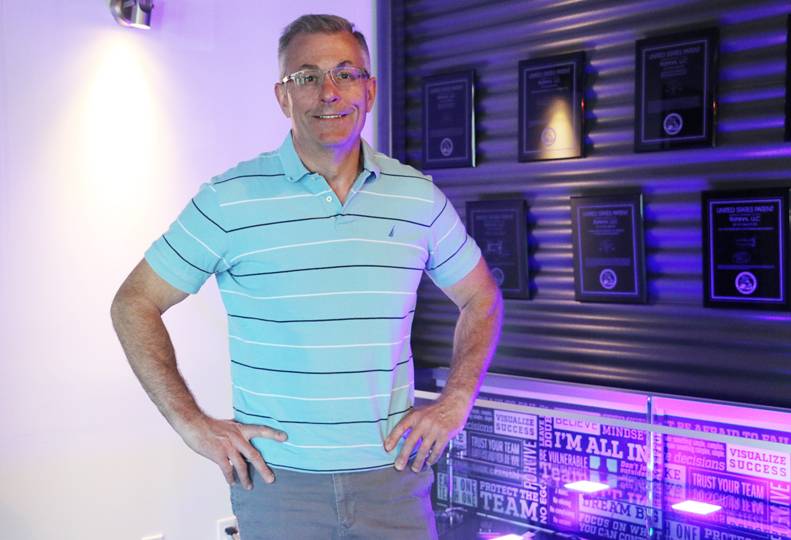 -Virginia Thomas
Rohinni LLC CEO Matthew Gerber says the company’s products will be used in keyboards in laptops that will hit the market in a few months.

A laptop featuring Rohinni technology could be waiting under the tree this Christmas.

KoJa manufactures some of the technology that underlays laptop computer keyboards; those keyboards will now be backlit by Luumii LED displays.

“They built about 35,000 units for a couple of big notebook brands, and those should hit shelves probably in the next three months,” Gerber says of Luumii’s production.

Luumii places Rohinni’s LEDs -- which can be as small as half the thickness of a human hair -- directly onto a thin film based off of KoJa’s technology. Each keycap covers tiny blue, red, and green lights.

Luumii also has plans to manufacture logos for laptop computers, which Gerber says will have the same kind of color-changing and animation capabilities as its keyboards.

“We haven’t quite declared victory yet, but it feels pretty good that that joint venture is on its way to success,” Gerber says. “It’ll be a huge milestone for us to have product we could point to and say ‘that’s our stuff inside.’”

Gerber declined to reveal how much of Luumii each company controls, but he says Luumii’s five-person board of directors includes three representatives from KoJa and two from Rohinni.

“Our two board members essentially represent our share of the equity in the joint venture,” Gerber says.

Meanwhile, Rohinni is in the midst of a second joint venture and is pursuing a third.

In addition to the strategic investment, Magna and Rohinni decided to enter into a joint venture.

Magna anticipates that as semi-autonomous and fully-autonomous vehicles become more common, such vehicles will feature more lights that can communicate with other drivers and with pedestrians.

Magna and Rohinni created a new joint venture controlled by Magna, called Magna Rohinni Automotive. At a shared facility in Holly, Michigan, a production line is manufacturing products for the automotive industry, such as next-generation taillights.

While that line has not begun mass production, Magna Rohinni Automotive has begun to produce samples for prospective customers to evaluate, Gerber says. The joint venture currently has eight full-time employees, but it borrows up to 10 Magna employees when needed, he says.

“It’s going to take a while for that one to ramp up,” Gerber says.

Shortly after the joint venture agreement with Magna was announced, Rohinni took on its second strategic investor, Rohinni robotics partner Singapore-based Kulicke & Soffa Industries Inc. Together, the two companies created a joint development partnership called Pixalux, which is developing a new generation of robots for placing LED components onto surfaces.

That venture, which has not yet been named, would produce ultra-thin micro LED components for backlighting display screens, as well as manufacturing a new kind of backlighting called direct emission technology.

It’s unclear exactly when that joint venture could receive the green light from the Chinese government, Gerber says, because there are several layers of approvals through which a foreign entity such as Rohinni must pass in order to establish a joint venture with a Chinese company.

However, Gerber is optimistic that final approval for the joint venture could be issued within the next two months; one product test line has already been installed at BOE’s facility in Beijing. Gerber says the test line will make LCD (liquid crystal display) backlights for devices such as televisions that are 32 inches or larger.

Most companies like Rohinni choose either to license their products or to build their products themselves. But Rohinni didn’t like either of those options; licensing offers less value, and building production facilities is expensive and can be risky.  Gerber says Rohinni chose to pursue joint ventures because they provide the most value.

“If you make a strategic decision as a startup and you’re in this kind of ecosystem, to build product is difficult; that’s why most companies like ours are forced into licensing,” Gerber says. “If we form joint ventures, we get the best of both worlds, where we get equity in the business that is formed as a joint venture, and we get the benefit of having a partner that’s got the scale and the capital to bring the technology to market more quickly.”

While forming and managing joint ventures is complicated and takes time -- Rohinni has been working on its joint venture with BOE for more than two years -- Gerber says it’s ultimately the best option for Rohinni.

“It’s a much more complex business relationship, but the idea is that once it’s up and running, you own a piece of something that is creating value,” Gerber says. “When you can monetize that, you get a much better return for your shareholders.”

Founded in 2013 by entrepreneurs Cody Peterson and Andy Huska, Rohinni is located at 2139 N. Main, in the Village at Riverstone development. Rohinni currently has 36 employees.