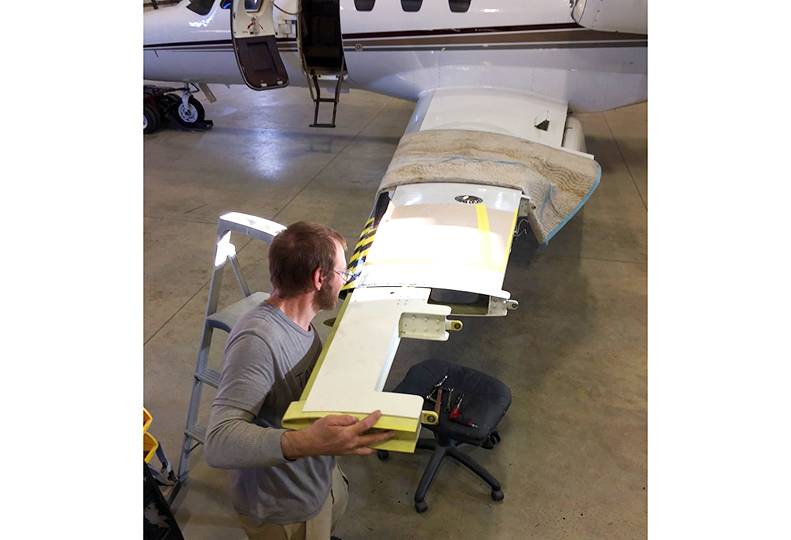 Sandpoint, Idaho-based Tamarack Aerospace Group has taken its latest step in its reorganization following the filing of Chapter 11 bankruptcy in mid-June, with the authorization by the U.S. Bankruptcy Court to accept $1.95 million in committed debtor-in-possession financing.

Debtor-in-possession financing is essentially a loan that allows a company that has filed for Chapter 11 bankruptcy to continue operations while it reorganizes. It must be approved by the court and is strictly regulated to ensure the protection of the lenders.

Klinginsmith says, “They understand the value of Tamarack, that we’re strong and that our product is strong, and so they were willing to invest just to give us that operating capital, to get sales going again and keep supporting our fleet.”

He adds that the company resumed its sales cycle June 3. It already has sold and is in the process of installing five winglet kits, which take about two weeks to install.

“This debtor-in-possession financing is a big step in the right direction, getting sales back online is probably the most important step of our restructuring since the restrictions have been lifted now.”

The Journal first reported on Tamarack’s bankruptcy filing in late June, after the Federal Aviation Administration issued an Airworthiness Directive and effectively grounded a fleet of Textron Aviation-made Cessna CitationJets with Tamarack-manufactured winglets installed due to safety concerns.

Tamarack manufactures and installs its Atlas winglets, which are specially designed for Cessna CitationJets that are attached to the ends of wings and are meant to reduce drag and improve lift distribution over the wings.

The decision to enter into Chapter 11 reorganization enabled the company to continue to operate and focus all activities on supporting its Atlas winglet customers.

Tamarack began restructuring and implementing cost-saving measures around that time, which included expanding engineering services to outside companies to bring in additional revenue, subleasing a portion of its 14,000-square-foot facility at 2021 Industrial Drive in Sandpoint, and reducing staff—although Klinginsmith noted earlier this year that the company had been undergoing staff reductions prior to filing bankruptcy.

The company caught a break in early July when the FAA approved a global Alternative Method of Compliance, lifting restrictions put in place in May on Cessna CitationJets equipped with the winglets.

The AMOC requires all jets fitted with the winglet technology to install the previously approved system improvements that were issued by Tamarack in April 2018 and last May, as well of attaching ‘centering strips’ to the upper and lower edge of the Tamarack Active Camber Surface, which aerodynamically force the technology back into position and reduce the impact should a fault occur.

“We have a few more things that we’re working through to establish a plan to emerge from Chapter 11, but overall things are going well,” Klinginsmith says.

Klinginsmith says there now is a fleet of 92 jets outfitted with Atlas active winglets, all of which have been upgraded to meet federal compliance.