TDS Metrocom enters Cd’A market, to invest up to $117M in network 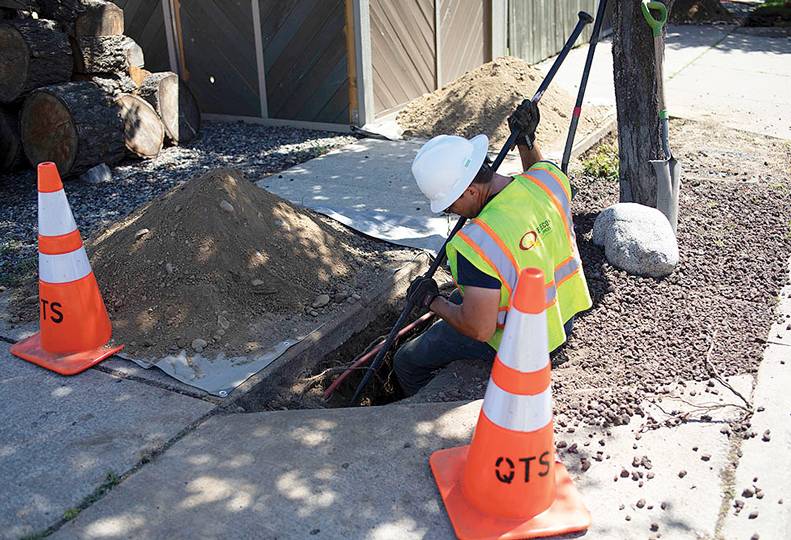 More fiber-optic network activity has begun to crop up in Coeur d’Alene and Spokane.

“We have a team of employees here at TDS who evaluate markets and try to find areas that are in need of better broadband; the Northern Idaho area was one of those areas that we evaluated,” Boegli says.

So far, TDS has hired 11 people in Coeur d’Alene, mostly marketing and sales; Boegli says there could be as many as 200 jobs by the time the network is completed.

Boegli says TDS has signed a lease for a retail space at 2834 N. Ramsey Road, between a WinCo Foods grocery store and a Subway restaurant in Coeur d’Alene.

TDS will also occupy an office space on Ironwood Road that will not be open to the public.

TDS had approached the Coeur d’Alene City Council in February to propose a plan in which the city would rebate a part of franchise fees back to TDS.

The council declined, but TDS decided to forge ahead, Boegli says — the Coeur d’Alene market was in need of good fiber access, and the growing population of the area made Coeur d’Alene attractive.

By the end of 2022, Boegli says TDS expects to have installed more than 700 miles of fiber, most of which will run underground. TDS expects to serve some 48,000 homes and businesses throughout Coeur d’Alene, Post Falls, Rathdrum, and Hayden.

Much of the work to install fiber beneath the streets of Coeur d’Alene is being contracted out to companies such as Houston-based Quanta Services Inc.

Boegli says the network will go live as it’s constructed, so areas currently under construction will be first to have fiber access through TDS.

Greg Green, CEO of Coeur d’Alene-based internet service provider Fatbeam LLC, says having TDS in Coeur d’Alene will be a boon to the area.

Green says TDS won’t be a competitor to Fatbeam, as TDS tends to focus more on residential areas, whereas Fatbeam serves the government, education, and health care sectors.

“We don’t really see a lot of competition, but we do think that TDS is going to have a bright future in Coeur d’Alene,” Green says.

Green says Fatbeam could partner with TDS to provide TDS access to Fatbeam’s fiber optic “backbone,” which extends from the Canadian border down into Coeur d’Alene.

Boegli says the company is still evaluating the Spokane area. TDS has been under consideration for more than a year by a city working group charged with discerning what fiber optic network could be best for the city to pursue if city leaders decide to implement a municipal fiber optic network.

Boegli says discussions between TDS and the working group are ongoing, but the group has not yet come to a conclusion.

In Spokane, Monroe, Louisiana-based internet service provider CenturyLink Inc. is already serving about 20,000 households in the Spokane area with its new fiber-optic network.

The project is expected to be completed by the end of September, Zimmer says.