Virtual events are here to stay, some say

Companies said to have wider reach, save money through online platforms 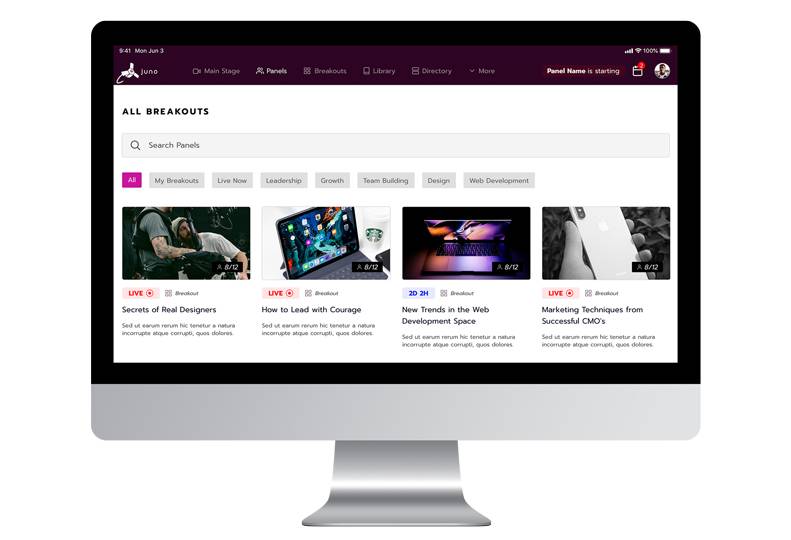 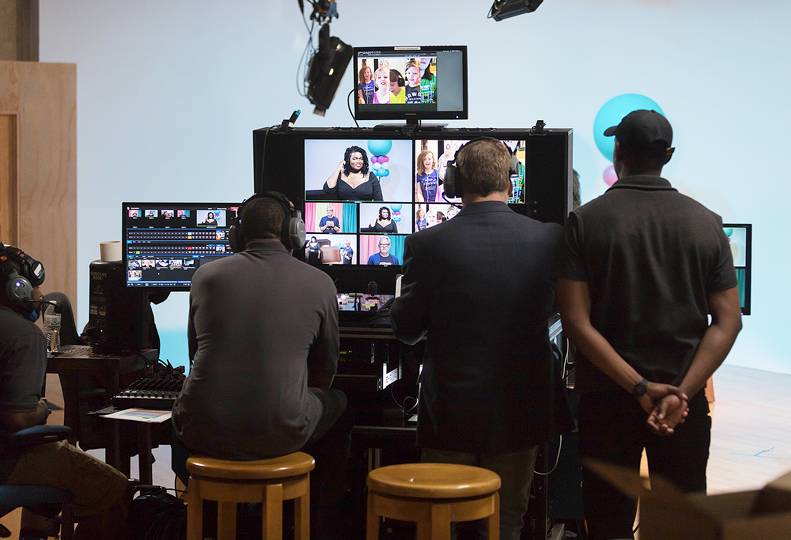 -Beyond The Pines
The team at Community-Minded Television and Jim Swoboda, of ILF Media, monitor the Spark Central Telethon, featuring Kiantha Duncan on the center monitor.

Online meetings, seminars, and fundraisers will remain a part of the post-pandemic events landscape, planners and advertising executives here say.

Josh Hotsenpiller, CEO at Post Falls-based virtual event platform Juno Live Inc., which does business as Juno, says face-to-face events will return, but organizations have begun to realize the benefits of virtual events.

“What we’re seeing is organizations are going, ‘oh my gosh, we didn’t realize how many people we could reach if we do this,’” Hotsenpiller says. “We use the example of the Super Bowl: 60,000 people can fill a Super Bowl stadium, but 60 million people are watching it around the world.”

Jennifer Evans, owner of Events by Jennifer Evans, says she was involved in setting up about 10 online events in 2020, and has nearly as many planned this year.

She says her clients are realizing that many people who can’t or won’t attend a live event are more willing to participate in a virtual or hybrid event.

“There are people who will never spend $100 on a gown again … to go to a gala event,” Evans says.

“You’ve got your $150 ticket gala participants, and then you’ve got all these other people ... who can’t afford that ticket but can certainly go into the online auction and purchase something for $30,” Wheat says. “It’s created a new model that I don’t think will ever go away. It shouldn’t, because of the impactful reach.”

Hotsenpiller says online events are more accessible for a variety of people who typically wouldn’t attend an in-person event.

“You may have an event with 2,000 people, but you’ve got 20,000 people around the world who couldn’t catch the flight, or they had a conflict of schedule, or finances were tight, or there are still health concerns,” Hotsenpiller says. “All of these reasons have left them off the field, but (with online events), they’re now on.”

Tony Hines, creative director at AmpliFi, says people have become more comfortable with online venues and are unlikely to abandon virtual platforms entirely, even after concerns about COVID-19 have waned.

“Now, everyone is pretty comfortable with online meetings, whether they like them or not, and they’re not going away anytime soon,” Hines says.

Wheat adds, “We’re seeing everything from live concerts to comedy shows pivot and start to succeed on platforms like Zoom that people are comfortable with now.”

“The in-person events take so many expenses to pull off, from event space to catering,” Wheat says.

Evans says that companies have invested in technology and partnerships that they will likely continue to take advantage of.

“Your event is so much more of a production. It’s a show now,” Evans says. “You need a producer and a director and sound engineers and somebody managing tech, which was never really something anybody thought or cared about before.”

As vaccination rates rise and restrictions on gatherings are lifted, Evans says she’s now grappling with the transition to hybrid events that combine virtual and in-person experiences.

A hybrid event includes options for attendees to join the event online, as well as the option to attend in-person at a physical venue.

“I feel like I’m just getting a handle on virtual, and we’re going to hybrid events,” she says. “It brings a whole different layer.”

In addition to the technical aspects of setting up a virtual event, a hybrid event involves logistical challenges of a traditional in-person event, like serving food and drinks, managing table sizes, and keeping people distanced as they wait in lines or participate in auctions.

“One of the things that people aren’t understanding is that a hybrid event is quite literally two different events,” Evans says. “Now you’re planning two events on the same day, so you have to have far more resources and people and support to do that.”

Hines says that for some organizations, especially nonprofits, the headaches of hybrid events will be worth the engagement from online participants. For others, however, virtual events could remain a more feasible option.

“A lot of the in-person events that (nonprofits) would have, from a fundraising perspective, need to at least be a blend of virtual and in-person -- or, in many cases, strictly online,” Hines says.

Tola Rogalski, partner at AmpliFi sister company Riverside Agency, which shares space with AmpliFi in the Riverwalk Plaza building at 1003 E. Trent, says as more hybrid events are held, more people are likely to realize that some events lend themselves better to exclusively in-person or to fully online venues.

“We’re starting to get to the point where I think people realize that they’re not fundamentally analogous experiences. They’re complementary experiences,” Rogalski says.

He says it’s important to view virtual events not necessarily as a replacement for in-person events, but as two events that can enhance one another.

Hines says finding a company that knows how to host a hybrid event successfully can be a challenge. He says AmpliFi has focused more heavily on partnerships in order to create web-based projects over the past year.

In celebration of the Gonzaga University men’s basketball team advancing to the NCAA Men’s Division I Basketball Final Four in late March, AmpliFi worked with a few local companies to put together an interactive website called Zag Madness that featured some live-event components, Hines says.

“We put together a complete package, from concept to the experience to all the analytics reporting on the back end,” Wheat says. “It was a huge undertaking. It should have taken three months.”

Wheat says some events, such as conferences and trade shows, likely will remain in the online realm, at least partially, long after COVID-19 has ceased to be an imminent threat.

Hotsenpiller says some corporate events such as training activities are likely to remain fully online.

“The space that we’re targeting is associations or training, where people actually have to get credit for doing things, and they have to be able to track what they’ve done,” Hotsenpiller says.

He says virtual platforms are the future of employment onboarding, from Zoom interviews to virtual training exercises.

“It’s not just about events anymore. It’s how organizations will do things, how franchises will do training,” he says.

Evans notes that there will always be an intangible benefit to in-person events.

“There’s that piece that we can never let go, that fully human connection of it all,” she says.

She says organizations seem to struggle with follow-up when it comes to online events, and some events never adapted well to virtual venues.

For now, however, most events continue to be fully or partially online, creating demand for a burgeoning sub-industry of online events planning.

Hotsenpiller and his business partners Tyler Fouche and Leon Josaitis, who also co-own Post Falls-based digital agency CrowdHub with Hotsenpiller, created Juno last year, as it became clear that online events would be the norm for 2020.

Within the first six months of operations, Juno generated $3 million in revenue and raised $2 million in seed funding, Hotsenpiller says. The company hopes to raise an additional $20 million to $30 million in venture capital funding this year, he says.

Juno continues to grow as more organizations seek online training platforms. The company plans to hire at least 30 additional employees, which will bring the total number of employees at the Post Falls offices to about 60.