The Falls project grows in scope 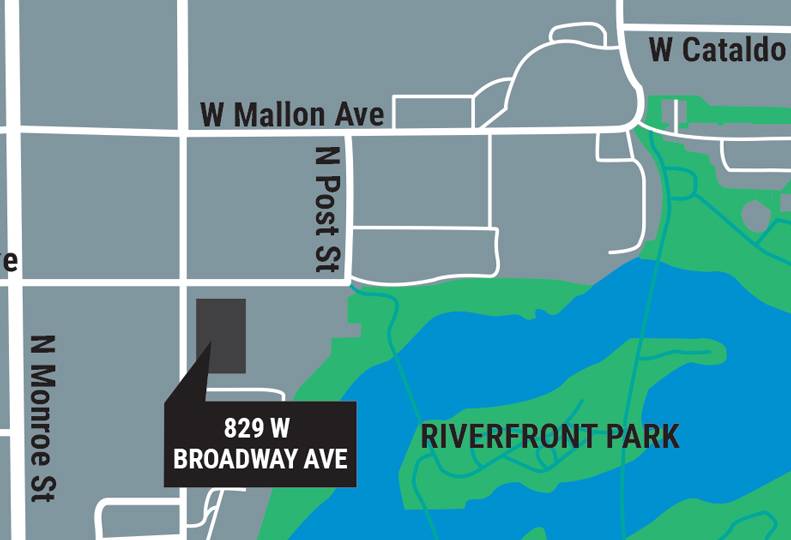 Plans are currently under review by the city of Spokane for the first tower of The Falls LLC’s planned three-tower project on the north bank of the Spokane River.

The Falls LLC is a development company headed by Spokane’s Lawrence Stone, of L.B. Stone Properties and Scafco Corp.

Envisioned to be developed at 829 W. Broadway, the site of the old YWCA buildings, the Falls initially surfaced as a $60 million project that would include two 10- to 15-story high-rises with a mix of apartment units, condominiums, retail space, hotel rooms, and restaurants and a single, three-story building adjacent to the westernmost tower.

A third 10- to 15-story high-rise was added to the plans early last year to replace the planned three-story, 27,000-square-foot building. As envisioned, the third tower would be similar to the originally planned first tower, which would have included between 100 to 110 apartment units, with 20 to 30 condominiums, and restaurant space on the first floor, Wes Southwick, project manager for The Falls, told the Journal at the time.

A permit application filed with the city of Spokane for the first tower shows a few adjustments.

The first tower, with an estimated construction value of $58 million alone, is a 279,700-square-foot, 22-story high-rise that will have 124 apartment units with 9,200 square feet of retail and restaurant space on the main level and three levels of underground parking, for a total of 25 stories, according to permit applications.

Its official address is 650 N. Lincoln.

UPA Construction Group Inc., of Herriman, Utah, is the general contractor on the project, which is being designed by NeoStudio LLC, of Denver.

In January, the Spokane City Council awarded the project up to $300,000 in financial incentives through its Projects of Citywide Significance Program to bury utility lines around the project.