The Journal’s most read stories of 2018 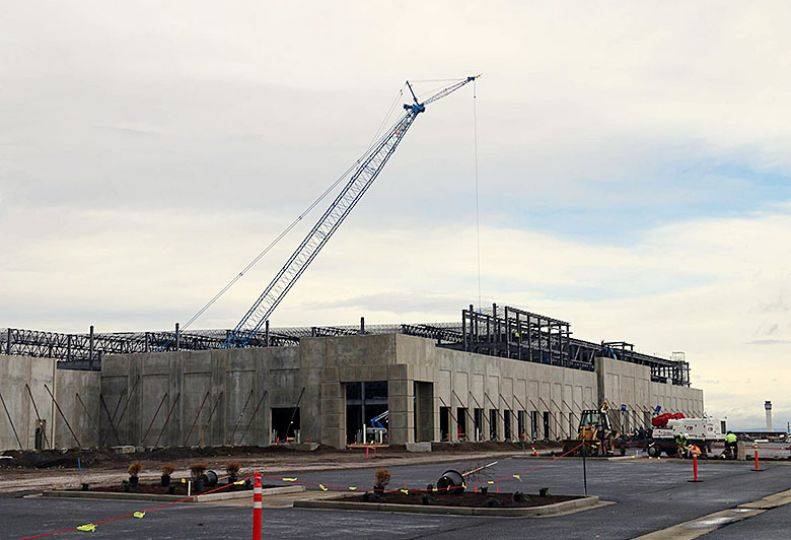 -—Samantha Peone
-Articles about the $181 million Amazon project, shown under construction on the West Plains, dominated the Journal's list of most read stories of 2018.

Stories about the Amazon Fulfillment Center under construction on the West Plains dominated the Journal of Business’ list of most read stories for 2018, with five stories in the top 10—and three in the top five.

The most-read stories list is based on page-view data, generated by Google Analytics, for spokanejournal.com.

Readers clicked on the April 12 story with the headline “Amazon of a project in the works in Spokane” more than any other during the year. In that piece, Journal deputy editor Mike McLean reported on the massive project only known as Project Rose at the time, but explained reasons why it likely was an Amazon facility.

In late July, Amazon confirmed that it was behind the massive, $181 million complex, and the story on that announcement, titled “Yes, Spokane, it’s Amazon,” was the second-most read story of the year.

Before Amazon made its big announcement, the Journal discovered public documents with more details about the project, and for the May 24 issue, McLean reported those details in a piece that ultimately finished third on the most-read list.

Beyond the Amazon project, plenty of other big news occurred this year.

Reporter Samantha Peone wrote in a March 29 story about plans for the now-former Costco building on Spokane’s North Side. Costco opened a new store north of Spokane in July, but months before that, Peone told readers about the potential for the North Side complex that Costco would be vacating. That story finished fourth on the most read list.

Rounding out the top five is a breaking-news story about longtime Spokane general contractor Vandervert Construction Inc. being placed in receivership. The Feb. 5 story first brought to light the company’s financial crisis, which led to its ultimate closure and left many of its subcontractors searching for ways to get paid for work completed.

The rest of the top 10 is as follows:

*Amazon’s project challenge in Spokane: The Amazon project, with four levels and about 2.6 million square feet of floor space, demands much of the Inland Northwest construction industry, and the Aug. 30 article takes an in-depth look at that effect.

*HydroOne’s acquisition of Avista denied: Sixteen months after the $5.3 billion acquisition was announced, Washington state regulators rejected it on Dec. 5. This story appeared on the Journal website that same day, and hundreds of readers flocked to it to learn the latest development regarding Spokane’s iconic utility company.

*Flirting with fiber in Spokane: Some leaders at the city of Spokane began exploring the idea of a municipal broadband service, a notion that was met with skepticism from some within the industry. Reporter Virginia Thomas took an in-depth look at that issue with her Aug. 16 piece.

*Amazon to staff up in 2019: As a follow-up to confirmation of Amazon’s new project, reporter LeAnn Bjerken reported on the jobs such a facility will generate—1,500 to start, according to Amazon. Bjerken’s piece first appeared in the Aug. 30 edition.

*Wolff-Katerra combo to be prolific: Fritz Wolff is the third-generation leader of The Wolff Co. and co-founder of construction technology company Katerra Inc. He sat down with the Journal to talk about the companies’ interwoven present and future, which made for a fascinating piece that drew a lot of reader interest.