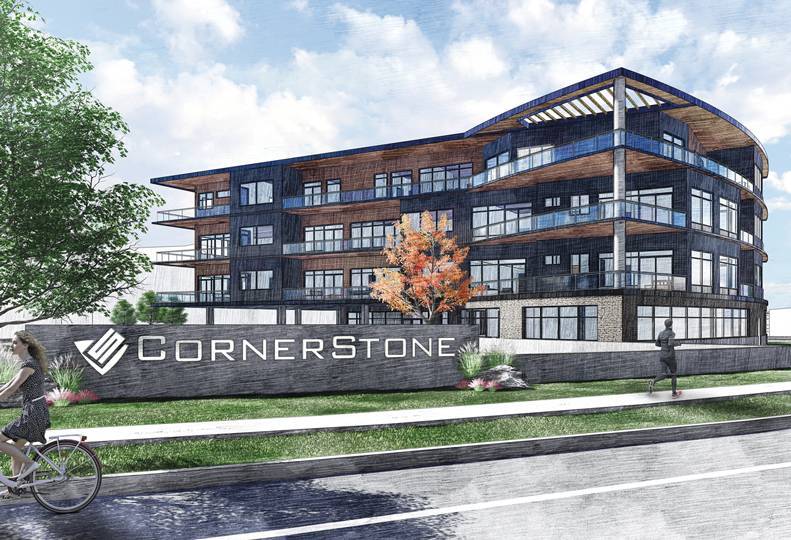 -Architects West
A story about this development in Coeur d'Alene's Riverstone urban village cracked the top 10 for most-read stories in 2021.

A breaking news story about the sale of the Davenport Hotels collection proved to be worthy, indeed.

The story broke on Dec. 7, when Davenport Hotels announced Walt and Karen Worthy agreed to sell the beloved Historic Davenport Hotel and its four other hotel properties to KSL Capital Partners LLC, of Denver. In a matter of days, that article became the Journal’s most-read story of 2021, based on analytics data for page views at spokanejournal.com.

That initial story, while popular, was brief, and we followed it up with a more in-depth piece that includes the perspectives of those who will own and manage the hotel properties soon.

Fancy hotels beat out fancy houses, in this case, as a story by Journal reporter Virginia Thomas about Spokane’s luxury home market finished second for the year. Published in January, the article, titled “High end, high demand in Spokane’s housing market,” explored the market for homes priced at $1 million or more in the Inland Northwest.

Coming in third—and confirming that website traffic often skews toward business-to-consumer news—was a story about Old Navy’s plans to open a new store on Spokane’s North Side in April. It’s not our most in-depth piece, and the Journal didn’t even report the story of the new store first. The traffic the story generated, however, is encouraging proof that our search-engine optimization efforts are working, as our story is among the first items to pop up when typing Old Navy and Spokane into Google.

Placing fourth is news of Corwin Auto Group’s acquisition of Gus Johnson Ford, in Spokane Valley. A popular face of the dealership, Johnson retired in October after owning the dealership for nearly 30 years, and news of his decision quickly went viral.

Now is a good time to note that this Most Read list includes only stories written in 2021. If it didn’t, a piece titled “Hot Tub Time Delay” by former Journal reporter Kevin Blocker would have come in fifth. Published in September 2020, the story has become somewhat of a cult classic for the Journal, with its unforeseen, sustained performance. Quirky headline and obscure topic notwithstanding, it proved to be a bellwether piece about supply-chain issues that would worsen in the following months.

Accolades aside and apologies to Blocker, the hot tub story isn’t in the top 10. Instead, a piece about a big apartment complex project planned along the Spokane River in the University District rounds out the top five. Published in March and written by former Journal reporter Natasha Nellis, the story about the project, simply known as The District, was one of several about new housing by out-of-state developers in the emerging district.

The rest of the top stories list is as follows:

Silver Lake Mall changes hands: In February, the Journal broke the news about the sale of the longtime Coeur d’Alene mall through use of public records.

Industrial development booms on the West Plains: This is a meat-and-potatoes article about big developments that have started on the West Plains since Amazon.com Inc. opened its first, big fulfillment center last year near the Interstate 90-Geiger Boulevard interchange.

New North 40 outlet rises along U.S. 2: See comment about retail development on the Old Navy article. But in addition to that dynamic, people on the West Plains had been looking forward to this store for years. All things considered, it’s surprising the North 40 story didn’t finish higher.

Riverstone developer plans one last project: Developer John Stone built a popular urban village in Coeur d’Alene from scratch over 20-plus years, and a swan song-type project at Riverstone made for an interesting read.

Convenience store operators expand with Spokane’s population: Not the sexiest headline. We’ll give you that. But the piece provides interesting insight into what proved to be a Spokane-specific development trend this year.