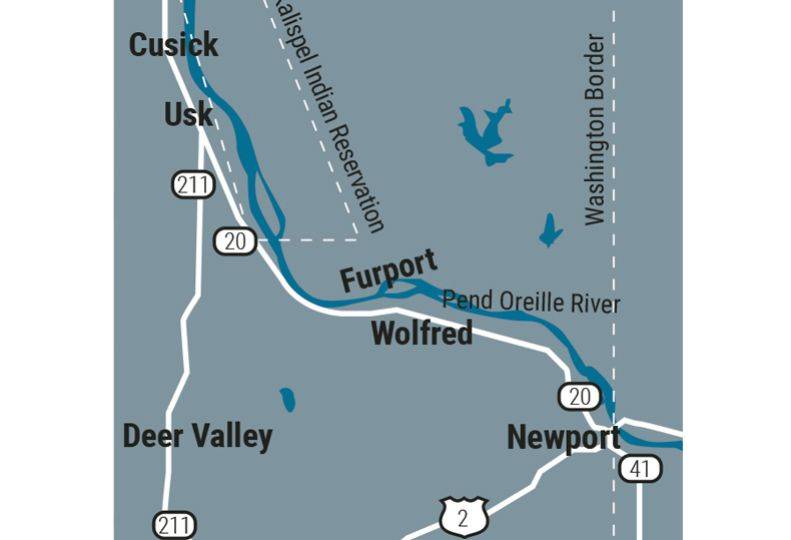 Two small, neighboring towns about 50 miles north of Spokane are hoping to boost manufacturing activity—and economic development in general—with the help of a national grant.

Smart Growth America, which is dedicated to bringing smart growth practices to communities throughout the U.S., chose the town of Cusick, Wash., to receive more than $25,000 worth of technical assistance in local efforts to boost job opportunities, especially in the nearby unincorporated community of Usk, Wash.

Usk is less than three miles away from Cusick, but Usk became unincorporated “a long time ago,” Lower says, while Cusick has remained incorporated.

Fewer than 400 people live in the two communities, most of whom are employed either by the Kalispel Tribe, Vaagen Brothers Lumber Inc., or Ponderay Newsprint Co., he says.

“This formerly incorporated town is the only place in Pend Oreille County that’s really pre-piped for any type of development. It’s the only place with shovel-ready sites,” Lower says.

Stakeholders had put together a committee to explore industrial rezoning in Usk a few years ago, but Lower says the committee “fell apart” last year. Since then, Lower has been focused on developing a land-use master plan for the Kalispel Tribe reservation, which sits just across the Pend Oreille River from Usk.

“One of the things that we recognized, going through this master plan, was that there really is no developable land around except for this formerly incorporated town. We decided maybe a key component of the master plan could be restarting this rezoning process for the subarea plan.”

A subarea plan is a detailed long-range plan for a smaller geographic area within a community.

The area is poised for additional economic development in the form of the 60-acre, $10.5 million Kalispel Park currently in progress just north of Cusick. The project includes a casino, a fuel station with fresh market, an RV resort that includes tiny homes, and a storage rental facility. According to the tribe’s website, Kalispel Park will bring more than 75 jobs to Cusick, and has already brought some 50 construction jobs.

Smart Growth America selects six communities each year for help with redevelopment projects and place-based economic development through small-scale manufacturing through its Maryland-based contracted consulting firm Recast City LLC, and with funding from the U.S. Economic Development Administration. This is the second year of the nonprofit’s technical assistance program.

“We had no expectation that we were going to win it,” Lower says. “We kind of treated it as an exercise.”

According to Smart Growth America’s technical assistance application materials, representatives of Recast City will visit the Cusick area for two to three days. Over the next four months, the firm will develop a customized action plan that will identify resources and provide the stakeholder team with ideas for its next moves. Smart Growth America says the site visit and action plan are equivalent to between $25,000 and $40,000 in direct assistance.

“As an urban planner, it’s rare and a big deal that this group has elected to come to Cusick,” Lower says. “Any type of national consulting firm that comes to Pend Oreille County for free is invaluable to us.”

“That’s wild and unpredictable and can get really expensive. It’s unattractive to investors,” Lower says. “By removing barriers to investment and making the regulations predictable, the goal is that it will create jobs in the end, when it’s built out. I represent the tribal members first and foremost, and to create employment opportunities for them that are economically mobile and create options, to me that’s the most valuable thing about this at the end of the day.”

“I’d love to see a plan put in place that’s focused on appropriate zoning and everything else, to where all the partners together could recruit for more jobs and businesses to the area,” Wyrobek says.

Lower says there are two parts to the stakeholder team’s goals. Understanding what will and won’t work when zoning for industrial uses is the first part. The second involves revitalizing Fifth Street, the main thoroughfare through Usk.

“It’s really the only walkable commercial street in central Pend Oreille County,” Lower says. “Since the purpose of this grant is small manufacturing and economic place-making, we’re hoping that we can refine and make the zoning even more robust with their assistance, to enhance what really is kind of a downtown Pend Oreille County.”

Lower says he also hopes the team will be able to create the framework to support neighborhood and community development programs.

Wyrobek says the team will know more about plans for rezoning and boosting economic development after a meeting next week.