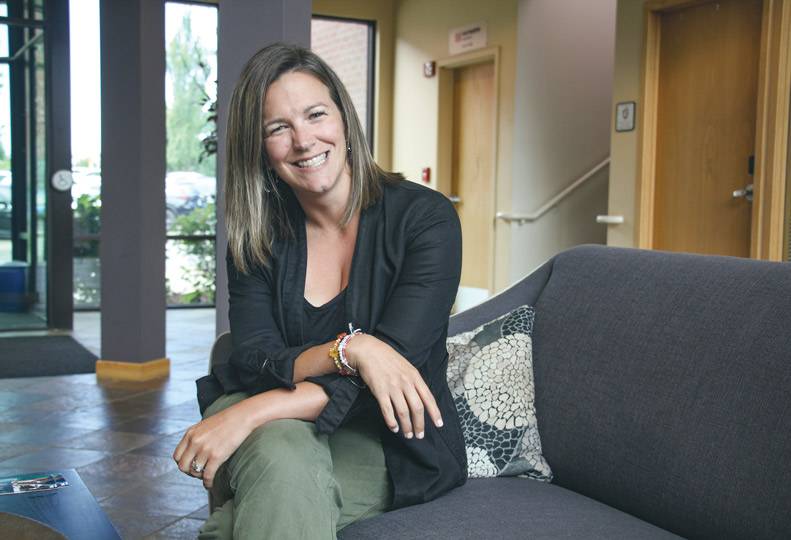 Certificates are becoming a more popular offering at higher education institutions amid an environment of declining enrollment, representatives of Spokane’s colleges and universities say.

While students increasingly are seeking low-cost, low-time commitment options to increase their professional skills, schools are looking to increase revenue lost to decreasing enrollments, as well as to entice those who obtain certificates into pursuing additional certificates and degrees.

Strawther says that certificates are likely to become a more integral part of the academic landscape, especially as demand for employees remains high in some industries.

Strawther says Gonzaga has been working since September 2021, when she became director, to establish the Center for Lifelong Learning, which is formally launching operations this fall. Strawther says the center provides a foundation for the university’s continuing education and professional and personal development offerings. The center is home to Gonzaga’s certificate programs, and will also offer workshops, webinars, retreats, and academic camps.

“Our mission is to create pathways for people from all backgrounds and educational levels to learn and grow at Gonzaga University,” Strawther says.

Whitworth University also is increasing its certificate offerings, says Sinead Voorhees, assistant dean of
graduate studies in business at Whitworth. The private Christian school north of Spokane is adding a brewing science and operations certificate, as well as a leadership certificate for women.

The university has offered certificates in accounting and organizational management for many years, Whitworth dean of continuing studies Brooke Kiener says. Last year, Whitworth added a certificate in software development.

Certificates are growing in popularity partly because they have a low barrier to entry, Voorhees contends.

“You’re not applying for it, you’re registering, so it’s like a conference -- anyone can go to a conference if they register for it,” she says.

Many certificates don’t require prior degrees, nor do they require passing a test such as the Graduate Record Examinations or the Graduate Management Admission Test, Voorhees adds.

The shorter time to completion – weeks to months, depending on the certificate, versus two years for an associate’s degree – also is important to some students, Brockbank says.

In an effort to address prospective students’ desire for education delivered in a short period of time, Brockbank says SCC is introducing an accelerated transfer degree in January. A transfer degree is a degree program which
a student begins at a community college be-
fore transferring to a four-year university. Rather than two years, the degree will take 12 consecutive months to earn, Brockbank says.

Jonathan Anderson, provost and vice president of academic affairs at Eastern Washington University, says interest in certificates has increased since the beginning of the pandemic. This fall, EWU is partnering with Spokane-based No-Li Brewhouse to offer the No WU Craft Beer Professional Certificate.

“There’s quite a market for craft brews in the larger Spokane area,” Anderson says. “There was interest from individuals wanting to … grow or obtain skills.”

“We ended up with individuals from 18 different majors and four individuals who came back to do this certificate as a post-baccalaureate student,” he says.

The expansion of certificate programs is occurring in an era in which enrollment at universities throughout the Inland Northwest and the U.S. has been on a downward trend, which was accelerated by the COVID-19 pandemic.

Jim Brady, vice president of instruction at Spokane Falls Community College, says enrollment at the college has dropped by nearly 20% from 2020 to 2022.

As previously reported by the Journal, Whitworth University saw undergraduate enrollment decline by about 3.7% from fall 2020 to fall 2021.

As reported by the EWU student newspaper The Easterner, total student enrollment at EWU decreased by 11.8% from fall 2020 to fall 2021.

Gonzaga’s undergraduate enrollment has dropped by about 8% from spring 2019 to spring 2021, according to figures reported in the Journal’s annual list of local colleges and universities.

According to a National Student Clearinghouse report released in January, colleges and universities in the U.S. have seen undergraduate enrollment decline by 6.6% since fall 2019.

Voorhees says that certificates are a favorable option for those well into their careers because additional certificates can be earned at the student’s pace, and a student can earn as many certificates as they wish.

“I would never recommend people get three MBAs – you just need one,” Voorhees says. “But the beauty of certificates is … they’re stackable, so your learning journey never has to end.”

Strawther says some seek the prestige of a particular university name on a certificate. Gonzaga, she asserts, is an example of this.

“With a name like Gonzaga, if people have not gone to Gonzaga, they immediately think of basketball,” Strawther says.

“After that, you’re a Zag, you have this association with the university,” Strawther says.

Voorhees says that certificates are an attractive option for higher education institutions because certificates are a low-pressure way to introduce people to a college or university, or to academia in general.

“It’s a very smart way to get people comfortable with the idea of furthering their education,” Voorhees says. “While we don’t do it just to increase enrollment, are people more likely to matriculate into a university that they’ve had former positive experiences with? Absolutely.”

“But I believe that one extra drop in the ocean is still an extra drop,” she says.

“Our organizational management certificate is curriculum that already existed, packaged in a new way,” Kiener says. “That one was not particularly difficult to put on the books.”

Brockbank says in addition to demand from prospective students, the perspectives of employers involved in SCC’s advisory groups carry weight when the college is deciding what certificates to offer.

“We continue to add and delete certificates as needed,” Brockbank says. “We do that primarily based on workforce need.”