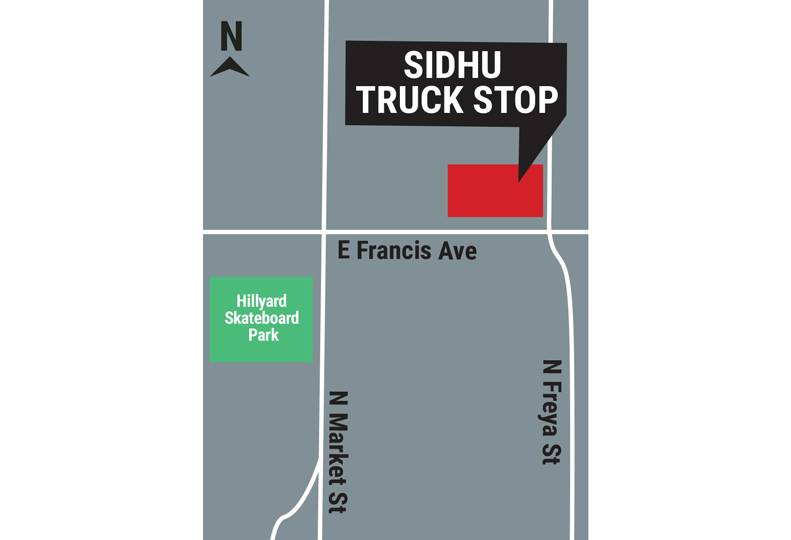 A new truck stop and retail center—and hotel, eventually—are planned on the northwest corner of Francis Street and Freya Avenue, in northeast Spokane.

Permits for the $8 million project, which will include a two-story, 12,000-square-foot convenience store, are being reviewed by Spokane County, says project owner Sam Sidhu.

“We’re in the process of picking a builder for that project,” he adds.

The project is located at 3525 E. Francis, across Francis from the Food Services of America Inc. distribution facility and near the route of the presently under construction North Spokane Corridor.

Sidhu says he hopes to break ground on the project in early July, with completion slated for December 2021. Work on the hotel is expected to begin in 2022.

In total, he plans to build a truck stop and retail space, a restaurant, and a hotel on the 5-acre site.

Sidhu is also the developer behind the upcoming renovations to the former Les Schwab tire center site, at the southwest corner of Second Avenue and Browne Street. That structure will be converted into three retail spaces.

He also serves as the governing agent for Millwood Grocery & Spirits, at 3409 N. Argonne Road, in Millwood, and The Piggy Mart, at 932 W. Third, in Spokane.