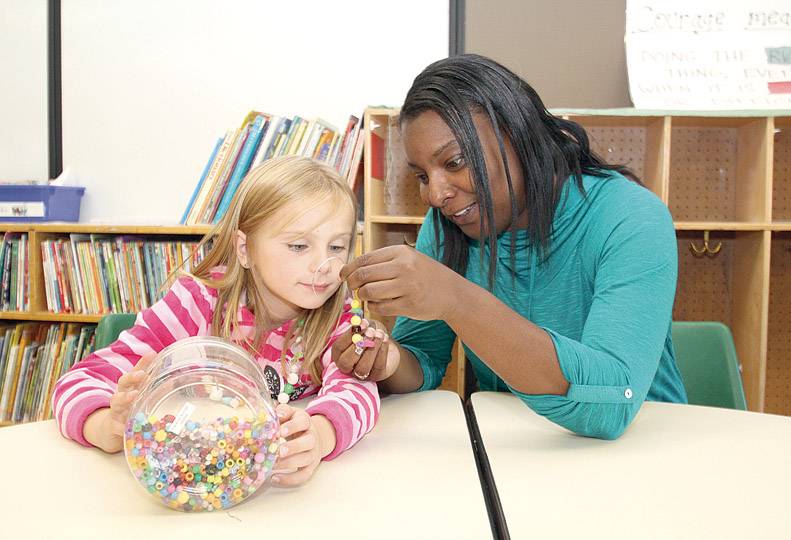 Spokane County United Way is doing philanthropic work with the community, rather than on its behalf, asserts president and CEO Tim Henkel, and he wants community members to think of it that way.

Both United Way and its donors look for ways to effect change in the community, Henckel says, “and we all have a role to play.”

These days, he says, people want to see measurable results.

“They want to see impact and how it takes shape. Spokane County United Way provides access to make contributions in a variety of service opportunities and, in general, look for more investments in education, income, and health care,” he says.

Today marks the kickoff of the annual fund raising campaign for United Way of Spokane County, in its 93rd year here, with a goal of raising $4.4 million—a hefty 7 percent increase over what was raised last year, says Henkel.

He says results for the 2013-2014 fiscal year, which ended June 30, have yet to be filed and are unaudited, but the organization had $4.9 million in donations and $3.9 million in total investments in the community during that time.

For the 2012-2013 fiscal year, the organization’s total revenue, which includes grants it receives in addition to campaign-raised donations, was $4.8 million and Henkel says investments sent back into the community during the same time frame were $3.9 million.

United Way last year provided financial support ranging from $5,000 to $150,000, to more than 30 organizations of various sizes and types.

Funding from United Way, which runs on a two-year grant cycle, has gone out to about 10 new programs in the past three to four years, says Sally Pritchard, vice president of community impact for Spokane County United Way.

United Way also receives grant funds from The Bill and Melinda Gates Foundation, the Corporation for National & Community Service and the Empire Health Foundation, among others, Pritchard says.

United Way funding priorities are focused in three areas, Henkel says, in line with an agenda set by the national organization based in Alexandria, Va. The first area is education, to enable people to be successful in life; the second area is income, to create financial stability; and the third area is to improve access to health care, he says.

“There are a number of partnerships with others,” he says. “We align with those partnerships and come together to achieve good outcomes for the community.”

“Business donors demand that, and for very good reasons,” he says. “Businesses are asking for that. They want to see impact and know how it adds value to what they’re contributing.”

More than 400 volunteers will help kick off the campaign, Henkel says.

“We will have people helping to do projects in the community painting, landscaping, providing organizations with a variety of things that need doing. It’s an opportunity for people who don’t normally work in these areas full time to contribute,” he says.

Henkel says the goal of the kickoff day is threefold—to let the community know what help is needed, to show the community how the help is provided, and to show how people can work together to effect long-term change.

“The community says it wants to value everyone regardless of their circumstances. It says it values diversity, and we’re working on ways to do that, working on things that individuals care about,” he says.

“We encourage people to do something to make something happen,” he says. Henkel says United Way encourages people to contribute time and money in whatever areas they care about—what really inspires them—and what will add long-term value to the community.

Besides raising funds for community organizations, United Way collaborates with businesses, government agencies, the nonprofit community, and school districts and connects volunteers with organizations to serve the community.

Jessie Wuerst, spokeswoman for Spokane-based Avista Corp., says that company has been working with United Way for years and its values align closely with United Way’s mission.

“Basically it’s a partnership with the community,” Wuerst says.

Henkel says United Way allows individual donors to designate where they would like their contributions to go and also is open to unrestricted contributions. “We will follow the wishes of the donors since we’re seeking as many partners as possible to make gifts. We are open though, and happy to direct gifts to specific programs.

“The opportunity the annual campaign represents is centered on what the community wants to achieve. Our job is to realize that,” he says.

Henkel says community organizations or programs apply to United Way with a “demonstrated need for a program.”

Then, he says, applicants must outline what they intend to deliver and how they are aligned with United Way goals. “They must also provide a performance plan, tracking the number of people served, how they ensure a high quality program, and the staff-to-client ratio,” he says.

Within those parameters, organizations are chosen to receive funding as they fulfill the promise of providing positive outcomes in the goals set by United Way.

“We accelerate success … convening and bringing people together to create action groups for people from the cradle to a career. We have a variety of partners in the community, and there is fluidity in the role they play, and we align our resources, goals and dollars,” Henkel says.

Henkel says the organization connects partners and participants, and all are being measured. “Everything rolls up to bigger communitywide goals. Sometimes the needle (of success) moves more slowly than others, but it is moving. We have tests to see how much more we can do and if it requires more resources such as money or volunteers,” he says.

“We raise the level of awareness and action on the part of the community,” Henkel says.

Some of the organizations that receive United Way funding include: Blue Prints for Learning for its childcare programs; Communities in Schools of Spokane County, to connect with 350 at-risk youth; The Martin Luther King Jr. Outreach Center’s FAME after-school tutoring and mentoring program; and the Odyssey Youth Center for at-risk youth.

Spokane County United Way also supports a number of other programs, including programs for victims of domestic violence.

Freda Gandy, executive director of the Spokane-based Martin Luther King Jr. Family Outreach Center, says the center receives part of its funding, about $114,000, from United Way of Spokane County. Gandy says the center, which provides preschool, after-school, and summer learning programs, among others, can always use volunteers, both corporate and individual, for many of its programs.

Gandy says that because of the United Way contribution, MLK Outreach Center is able to employ a full-time after-school program site coordinator who is teacher-certified and who observes students during the day in the school setting.

“She is then able to give each student an individual learning plan based on her discussions with teachers and observations,” she adds. She says her organization has partnered with Grant, Sheridan, and Franklin elementary schools to use space at each for after-school use.

Gandy says parents are still in the process of enrolling students, but when the after-school program reaches full capacity, MLK is able to serve about 50 students—about 15 or so at each school. Capped at 50 among the three schools, it has to turn away some students who are eligible, or put them on a waiting list, she says.

Volunteers provide support in math and reading as well as help with homework and other activities. “Working parents need a safe place for kids while they’re working,” she says.

In 2009, United Way International and United Way of America came together to create United Way Worldwide, with more than 1,800 United Ways in 41 countries and territories, according to the United Way website.