Vets on the Farm expands beyond Spokane County 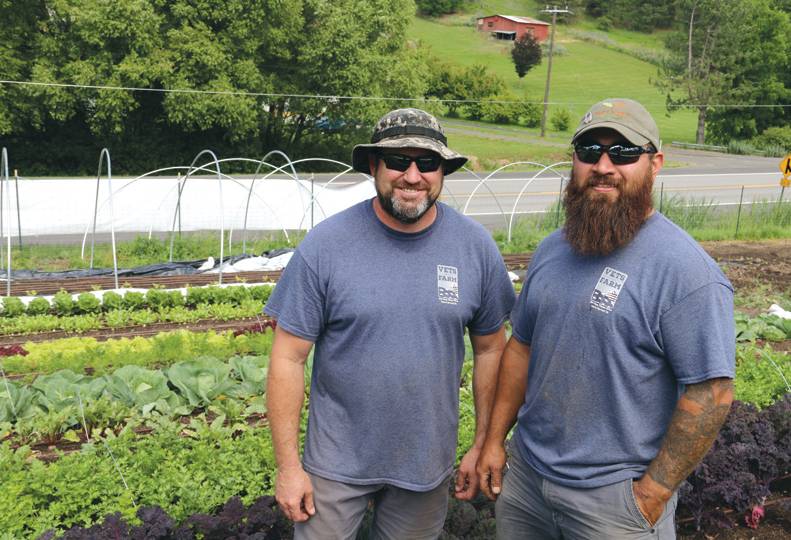 -—Samantha Peone
Grant Weber, left, and Duane Zbranek work at the Vets on the Farm field just off Palouse Highway, south of Spokane. Weber and Zbranek are among the 200-some military veterans who have gone through the Spokane Conservation District’s program. 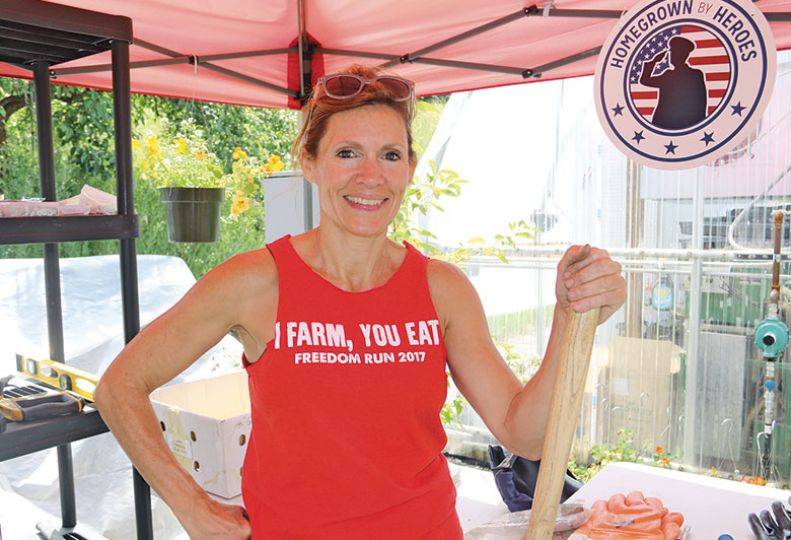 -—Samantha Peone
Vicki Carter, director of the Spokane Conservation District, says she formed the idea for the Vets on the Farm program after watching a documentary on the subject.

Since the Spokane Conservation District founded the Vets on the Farm program in Spokane County in 2015, the program has expanded into six other counties in Washington and worked with roughly 200 veterans in some capacity.

The program also recently partnered with My Fresh Basket, a grocery store at 1030 S. Summit Parkway, to sell the farm's produce, says conservation district director Vicki Carter, and it's planning to be organic certified by next year.

She says the military and farming share a symbiotic relationship, and veterans already know similar skills to those needed in agriculture.

"The structure, the formality of it, the rhythm of it, the methodology—all of that transfers to agriculture very seamlessly," she says.

Vets on the Farm primarily teaches U.S. military veterans agricultural principles with the intent to help them break into the industry. Some services of the program include an incubator farm in Spokane County, teaching sessions, and technical assistance, she says.

Not all people who attend teaching sessions are veterans, and not all veterans the program has worked with have used the incubator farm, Carter says.

In Spokane, veterans and other community members can grow food on the program's only incubator so far, she says. The incubator farm occupies 3.5 acres of land at 7524 S. Ellis Road, just off of the Palouse Highway south of Spokane.

On the farm sits a greenhouse that Carter's son built after his most recent deployment with the U.S. Air Force. A hoop house built by veterans sits next to the greenhouse, as well as two storage containers transformed into a walk-in produce cooler and a vegetable washroom, says Carter.

Although the farm covers 3.5 acres, the program has only used about an acre for growing so far. More land is being prepared to host crops, she says.

Produce grown at the incubator farm include tomatoes, peppers, eggplants, cabbage, lettuce, carrots, turnips, radishes, beans, and garlic, as well as products for salsa, such as cilantro and basil, which is provided to Spokane-based Mama Torrez Salsa Co., says Carter. The farm became Good Agricultural Practices certified this year through the Washington state Department of Agriculture.

Duane Zbranek, a former medic in the U.S. Army, works as a caretaker at the incubator farm. An intern, Zbranek has worked on the farm for nearly a year, and his duties involve keeping up the farmhouse, yard, greenhouse, and hoop house, along with scheduling and construction projects at the farm.

Zbranek became involved with Vets on the Farm while he was going through the greenhouse management program at Spokane Community College and needed to volunteer for his degree. He learned about Vets on the Farm and found out he really liked farming. At the time, he was between homes.

"Through hard work and Vicki's awesomeness, I ended up working hard enough to find a place to stay and become the caretaker," he says.

To get involved with Vets on the Farm, he says people can contact Carter directly through the conservation district, or people "just need to come up here to the farm," he says, to hear more about it from workers there.

Carter says, Vets on the Farm has helped veterans in Spokane, Stevens, Benton, Grant, Douglas, Chelan, and Whitman counties, and has operations in some of those counties. Services vary depending on location.

Veterans who go through Vets on the Farm don't have to get into physically growing produce, says Carter.

For example, one veteran from the program, Vince Peak, developed a phone app called Share.Farm in which users can enter goods they need. If nearby farmers offer those goods, users have the option to buy from the farmers' inventories and pick up the desired products at the farm. For more information on Peak's app, see page A19. In this instance, Peak is still helping the agricultural industry without physically growing food, says Carter.

As one avenue to sell produce from the incubator farm, the program opened a farm stand on the side of the Palouse Highway last year. It's open 4-7 p.m. Wednesdays and 10 a.m.-2 p.m. Saturdays.

Products grown by veterans can feature a circular insignia that says "Homegrown by Heroes" and consists of a silhouette of a saluting solider in front of the American flag. The sign means the product, whether vegetables, salsa, or other goods, was at least 50 percent handled by a veteran.

The Spokane Conservation District deals with natural resources in the Spokane area. It's heavily involved in agriculture, so Vets on the Farm fits well with the district, Carter says.

She says she formed the idea for the program after watching a film called Ground Operations: Battlefields to Farm Fields.

The documentary, which depicts the aging farming population and shows that veterans have both the transferable skills for and the desire to work in the farming industry, caught Carter's attention because she both comes from a military family and works for the conservation district here, she says.

Carter, along with Wendy Knopp, with Northwest Farm Credit Services, and Pat Munts, with Washington State University Extension, got together and formed the model for what would be Vets on the Farm, Carter says.

The typical farmer is about 60 years old, she says, so Vets on the Farm can both help to replenish the farming industry's workforce and also act as a way to reintegrate veterans into civilian life.

Farming provides the "ability to be a creator and nurturer again, in that act, where they still see a mission and purpose within our food systems and food security, there's healing that comes from that," she says.

Zbranek says that after he leaves the farm, his current plan is to use his GI Bill to obtain a piece of land for an additional incubator farm.

The farm would be "not just for veterans but for people who aren't going to be able to get into agriculture because of the lack of land," he says.

Looking forward, Carter envisions transforming the entire neighborhood surrounding Spokane's incubator farm into a food corridor. She says there's both need and support for such a system's development in the area.

She also wants to see veterans transition into their own operations and to be able to watch them make that move.

She says, "I look forward to years in the future where I hear stories from people who say, 'yeah, I learned that at Vets on the Farm,' or 'I started on Vets on the Farm.'"