Visit Spokane to lobby for flexibility in hotel fee 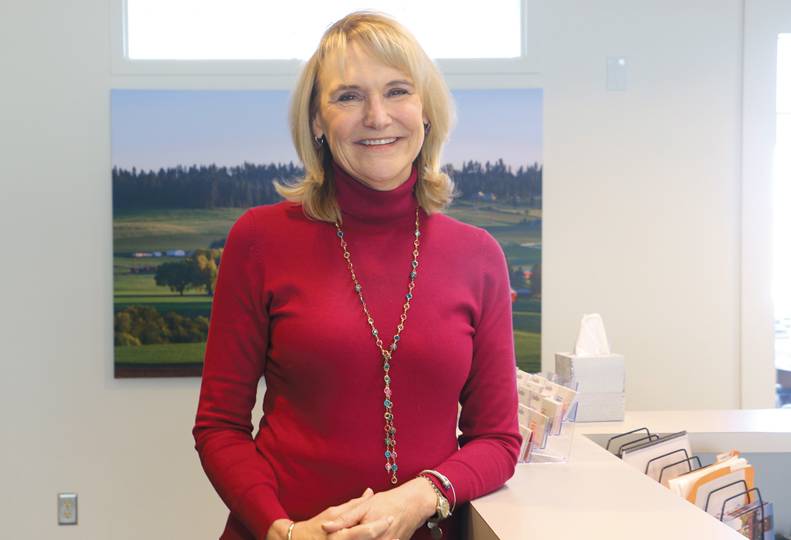 The Tourism Promotion Area assessment, or TPA, is a flat assessment fee established in 2003 that is collected by hotels, sent to the Legislature and then distributed to boards of county commissioners, which dole out the funds to destination marketing organizations such as VisitSpokane, says Winchester.

The funds are then used specifically for tourism marketing, she says.

An important distinction, she contends, is that the TPA isn’t a tax; it’s more of a “passthrough assessment” that doesn’t impact general funds.

The fee currently is $2 per night stay in a hotel, which is the cap established when the legislation was enacted.

Winchester says the nonprofit and the sports commission hope to make four adjustments to the existing legislation.

The first would be to eliminate the assessment fee ceiling to allow for incremental fee increases. These fees would then be determined by each region.

She adds that regions that don’t wish to enact a TPA aren’t required to do so.

Winchester estimates the Spokane region’s fees initially would raise by $1 to $2 if the legislation passes and local governments implement changes within their jurisdictions.

“We wouldn’t want it to make a big jump,” she adds. “I don’t think that’s palatable for anybody.”

The second change would be to define clearly tourist in the bill to eliminate any questions about what the funds can be allocated for.

“It’s definitely meant to be used for marketing of your destination, so that would help tighten up anybody trying to read the legislation the way they might want to,” Winchester says.

Third, the organizations are looking to eliminate the caveat that only regions with a population of 40,000 or more can establish a TPA.

The final change would put in a provision where hotel operators can kill the fee if a simple majority in a county signs a petition stating they are unhappy with the way the money is being spent. Winchester states it is currently written in Spokane’s interlocal laws that if 40% of hotels are unhappy, they can kill the fee.

State Sen. Jeff Holy, of Four Lakes, has agreed to sponsor the bill, Winchester adds. Visit Spokane and the Sports Commission are working with the senator to draft the legislation, which would be brought before the state Senate when the session starts in January, she says.

If passed, the organizations would then work with the affected counties and cities they serve to adjust the interlocal TPA agreement.

The TPA currently takes in about $2 million a year, which is split with Visit Spokane receiving about 72% and most of the remainder going to the Sports Commission. Winchester adds that a small portion of the funds is granted to local entities with tourism-related events in the Spokane area.  Next year, the Tourism Promotion Area Board will distribute about $50,000 to local entities for marketing their tourism events. It is accepting grant applications until Nov. 15.

Eric Sawyer, CEO of the Sports Commission, says, “(The TPA) helps us to generate a significant economic impact.”

If the legislation passes, Sawyer anticipates the number of hotel stays in the region per year to nearly double as a result of increased marketing efforts from the boost in funds. Hotel stays often include multiple nights.

Sawyer adds that the funds will be particularly important as the organization begins to ramp up its marketing of the planned Sportsplex facility. Work on the Sportsplex is expected to begin this month, he says, and to be completed in two years.

That gives the nonprofit a two-year window to prepare for the growth the opening of the Sportsplex is expected to bring to the tourism industry in the region, he says.

Winchester claims on a national scale, $7 is brought to the community for every $1 spent on destination marketing.

The biggest driver behind the proposed changes to the legislation is the desire to remain competitive with other states, Winchester says.

Unlike the majority of other states, Washington doesn’t have a state tourism agency dedicated to destination marketing, which puts Spokane at a competitive disadvantage, she contends.

California has a $120.5 million state tourism budget, according to her research, while Oregon has a $33.2 million budget, and Oklahoma has an $11.7 million tourism budget, which are compounded by their respective destination marketing organization and convention and visitor bureaus, which have their own budgets.

Winchester adds, “They’re projecting the next six quarters for the tourism industry to be flat and maybe dip down a little,” which she says will increase the competition with bigger cities that have more resources for tourism promotion.

She says the proposed legislation is meant to help poise the nonprofit for that competition.

“Sooner or later … we need more resources to be competitive,” Sawyer says.

Winchester adds that the proposal is supported by several local hoteliers, and a number of destination marketing organizations, convention and visitor bureaus, and legislators throughout Washington.