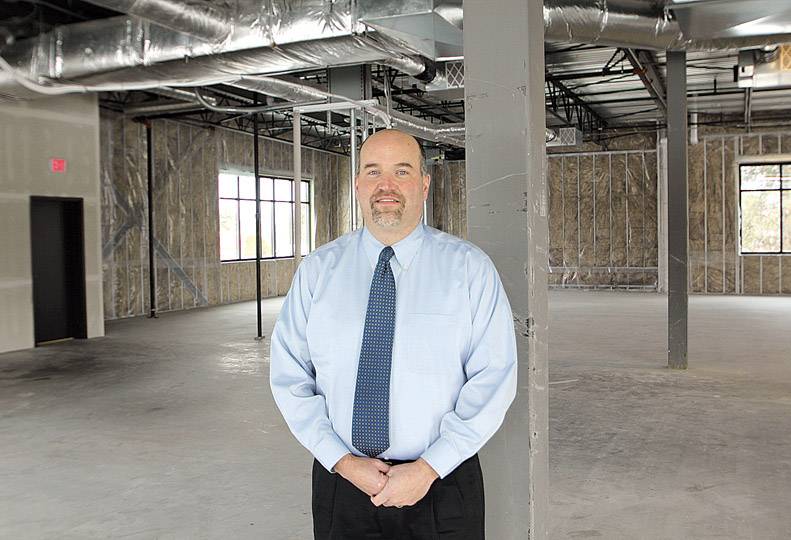 “Our focus here is on securing home and construction loans,” Smithgall says. “We’ve been reaching out and engaged with local real estate associations and builders, sharing with them our loan products. That has historically been our bread and butter.”

“The first priority is to continue to drive growth organically in the markets we are in by deepening the relationships with clients that already bank with us and getting the word out as to what we offer to those who don’t know much about us,” he says.

“We’ve gotten involved with many business organizations in the communities our branches are located. We strive to have monthly financial literacy events in our communities, partnering with schools, clubs, senior centers or organizations to help increase financial awareness,” Smithgall says.

He says bank leadership is always “looking at external opportunities” to expand. “But if it doesn’t make sense financially, doesn’t mesh with our company, or isn’t the right time, we’ll pass on an opportunity.”

Nearly a century ago, a group of Norwegian fishermen started what originally was named Ballard Savings & Loan Association. In 1935, the state-chartered company converted to a federal charter, became a member of the Federal Home Loan Bank system, and obtained federal deposit insurance.

The company says in its 2015 annual report that it has recorded a profit every year since then.

“Perhaps the most encouraging sign for future earnings prospects came in the form of record loan originations, which topped $3 billion for the first time,” CEO Roy M. Whitehead says in the company’s annual report. “It was a breakout year for the commercial bank, as our business bankers and commercial real estate lenders produced 62 percent of all originations.”

Smithgall and nine employees now occupy half of the building that Washington Federal built for about $4 million on North Division. Washington Federal is seeking to lease out the second floor to other potential tenants, he says. The building sits on a 2.5-acre leased lot just south of a Thai Bamboo Restaurant.

“Bank of America sold everything east of the Cascades with the exception of branches in Coeur d’Alene, Spokane and Tri-Cities,” Smithgall says. “Bank of America’s focus changed, and it began migrating to high-wealth customers not only here but across the U.S.”

“There is no specific plan on Washington Federal opening a branch in Coeur d’Alene at this time, but I would expect it will happen at some point in the future,” Smithgall says.

The new building here serves as Washington Federal’s headquarters for all its Eastern Washington activities. “All deposits and facilities that Bank of America owned (among the 51 branches involved in the transaction) were part of the sale,” he says.

CEO Whitehead says in the annual report that technology upgrades are a high priority for Washington Federal this year.

“Look for smaller and more highly automated branches in the future as we move more and more of our client interface activities to reliable digital channels as demanded by the public today,” he says.

Whitehead claims in the report that as of the end of its last fiscal year, using regulatory standards to adjust for risk, Washington Federal had the strongest capital position among the largest 100 publicly-traded banks in the country.

“A strong capital position matters little when times are good,” he says, “yet when the economy slows, it allows a bank like ours to protect the shareholder’s investment, take advantage of bargain opportunities, work more patiently with borrowing clients fallen on temporary hard times, and maintain the jobs and personal cash flow of our all-important colleagues.”

Bolstering Whitehead’s comments, Smithgall says, “We’ve always been very controlled in our expenses. Washington Federal is always making sure we’re not wasting money. It puts our reserves in a strong position because we’re not overextending ourselves.”

“This building is a perfect example of that. We own it, we could fill it with more staff, but instead we’re looking to lease a sizeable portion of it,” he says.

Smithgall says the majority of the Washington Federal’s members are in Western Washington, and that between 10 to 15 percent of Bank of America customers chose not to stay with Washington Federal after it purchased the bank’s 51 branches.

“However, Washington Federal’s Eastern and Central Washington regions are currently generating the highest growth rates in the state as far as new customers are concerned,” he says.