Whatever happened with: Citywide Internet efforts

Workgroup hasn’t been asked to reconvene since before pandemic arrived 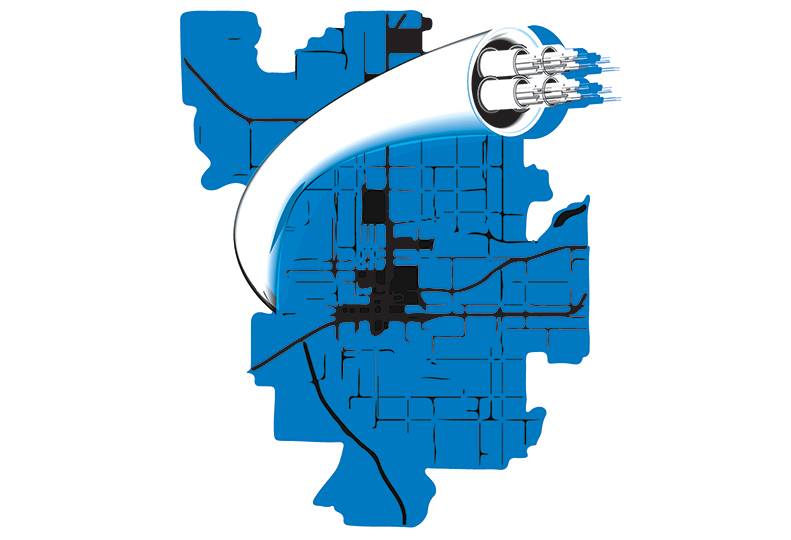 Work by a city-appointed group tasked with exploring options for a fiber optic network has been on hold since the pandemic began.

But City Council President Breean Beggs anticipates the city will revisit the subject and perhaps regroup this spring.

First, the mission of the workgroup might need to be redefined due to changes in the marketplace, however, Beggs says.

“We still have to have internal meetings and get agreement … to define what we want to solve,” he says.

He says the broadband technology landscape has changed since the pandemic, with the arrival of a new fiber provider and the debut of G5 cellphone technology, making broadband access more available.

The original workgroup was looking for ways to improve access to bandwidth at a reasonable price, Beggs says.

Beggs says that Madison, Wisconsin-based TDS Telecom contacted the city a few years ago, when the company became aware of Spokane’s broadband workgroup.

“We worked with them to put in a franchise,” Beggs says, adding that TDS also is building out its fiber network in Spokane Valley and Coeur d’Alene.

The company, which competes directly with Comcast Corp. and Lumen Technologies Inc., initially brought its fiber optic network to six Spokane neighborhoods beginning about a year ago, and in June announced it will expand its services to Spokane Valley to provide service to more than 88,000 homes and businesses in the Spokane area.

Today, questions for a fiber workgroup to look into might include whether the city should provide more access to broadband in public places, and what type of broadband the city needs for its own uses, Beggs says.

Zach Shallbetter, cofounder of digital studio Uxiliary LLC and governing member of the nonprofit Inland Northwest Technology Alliance, was a member of the original workgroup.

He says he felt the workgroup was useful for a time, but the city stopped putting energy into it, and the group’s work was never compiled into a report.

One option the group had been examining was the Ammon, Idaho, model of a public-private partnership in which the city owns the fiber, and private carriers lease access to it to provide broadband services.

Under such a model, consumers would have choices regarding which providers to subscribe to and for which services.

Beggs says the Ammon model is “potentially positive,” but requires the city to add wholesale broadband to utility services.

Since then, Mayor Nadine Woodward was elected to office, the pandemic arrived, and the workgroup hasn’t been asked to reconvene.

Kirstin Davis, the city of Spokane’s communications manager for public works and economic development, says, however, Woodward is aware of the access-to-broadband initiative and is in the initial stages of convening a regional discussion about how Spokane can benefit from potential opportunities, including possibilities for funding through the American Rescue Plan and the Jobs Act of 2021.

Beggs says he recently has talked with staffs of U.S. Sens. Patty Murray and Maria Cantwell about resources federal and state governments have devoted to increasing broadband access. He says such funds are being awarded through the Washington state Department of Commerce.

For example, Commerce last week announced that the Washington Community Economic Revitalization Board has awarded $50,000 grants to each of four communities, including Airway Heights and Yakima, in Eastern Washington, to study current infrastructure and future telecommunications needs.

The Yakima City Council had earlier begun looking into the concept of a municipal Wi-Fi system because some residents don’t have an internet connection with the bandwidth sufficient to support multiple devices.

While not as proactive as the Ammon model, the city does have ongoing work in which it installs conduit and dark fiber—strands of fiber not yet in use—when it rebuilds streets.

That fiber can be reserved for city use, or leased to other fiber carriers, he says.

Beggs says smaller-scale versions of the Ammon model might be appropriate for the city’s three public development authorities to consider as they expand infrastructure within their districts.