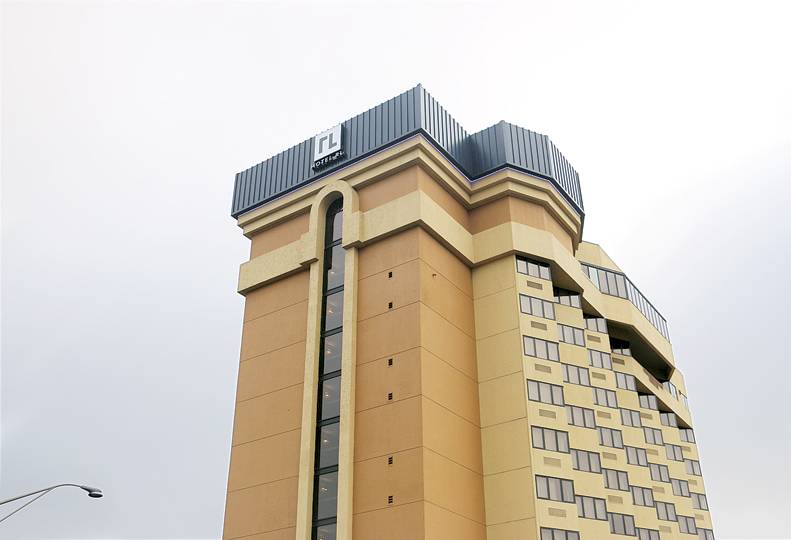 -—File
The former Hotel RL, shown as it appeared in 2016, now operates as The Centennial Hotel Spokane. The hotel has changed hands twice in the last five years.

Five years after quietly moving its corporate headquarters to Denver and divesting of its Spokane properties, Red Lion Hotels Corp.’s franchise platform is being hailed as the engine through which its new owner intends to continue growing.

Harry Sladich, Red Lion’s former chief operating officer and executive vice president of franchise development, says he was involved in the selling of Red Lion, but chose to leave the company last year rather than move to the Boston area, where Sonesta is consolidating operations.

“That’s why they bought it,” he says. “It was for the franchise platform. Sonesta didn’t have to recreate the wheel.”

Sladich owns Spokane-based security company GoJoe Patrol and is working as its chief development officer. In that role, he is working to establish franchisees for GoJoe.

“The beauty of franchising is you can grow the system without having to purchase the assets,” Sladich says.

Upon closing the Red Lion acquisition, Sonesta brought on Brian Quinn as chief development officer to lead franchise growth, Sladich says. Quinn has more than 20 years of experience in senior development and sales management experience, including three years as chief franchise sales officer at Red Lion starting in 2014, during which Red Lion grew to be one of the leading hotel franchisers in the U.S. and its share prices topped $9 per share.

Quinn says the Red Lion acquisition jumpstarted the formation of a team to sell a portfolio of 12 brands, including eight Red Lion brands and four Sonesta brands.

“Sonesta’s acquisition of Red Lion Hotels Corporation … was a strategic transaction, which allowed us to accelerate the launch of Sonesta Franchising domestically,” Quinn says via email in response to a Journal inquiry.

Sonesta grew from 58 properties prior to the pandemic to more than 1,200 in eight countries in just over a year, making it the eighth-largest hotel company in the U.S., the company claims. Most of that growth was through the acquisition of Red Lion, which has more than 900 franchise locations.

While the franchising operations now will fall under the Sonesta Franchising name, Red Lion brands will keep their identities.

“The Red Lion legacy continues, and the brand will have a named presence in our portfolio … with significant brand growth in the pipeline,” he says.

Quinn says the company recently has opened the Red Lion Inn & Suites, in Yakima, Washington, and has several others due to open this summer.

“Demand is coming back, and hotels can charge rates again,” he says. “The industry is getting close to where it was at in 2019, which is the year they all aspire to.”

Red Lion had been based at 201 W. North River Drive, on the periphery of downtown Spokane, before moving its headquarters to Denver in 2017 after becoming a prominent national hotel franchising company.

The six story, 188,700-square-foot former RLHC office building and adjoining three-story, 84,200-square-foot parking garage have changed hands twice since the headquarters moved out of Spokane, most recently being acquired in September by Seattle-based ICP Spokane II LLC for $21.3 million, according to state real estate tax records.