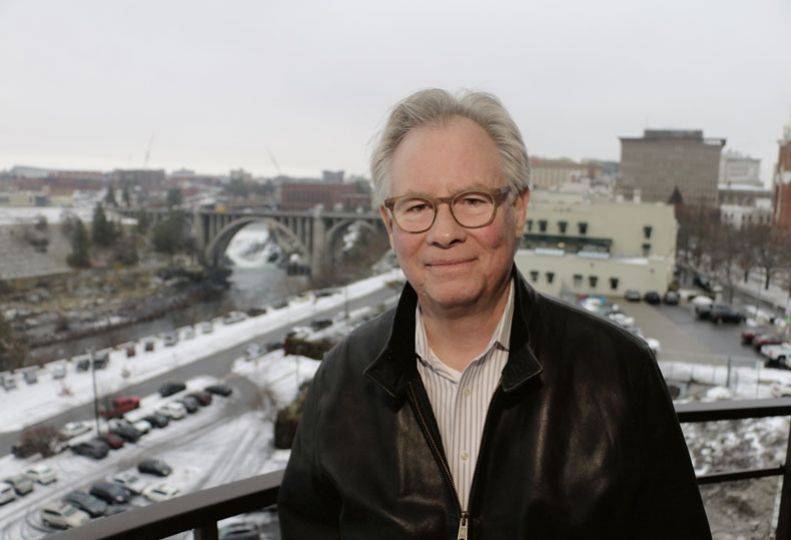 Former Spokane Mayor John Powers says he’s happy to be reacclimating to the Lilac City following a 16-year hiatus on the West Side after leaving office here in 2003.

During his time away from Spokane, Powers worked in regional economic development in the Puget Sound area. He was CEO and president of the Economic Development Council of Seattle and King County from 2004-2007 and the Washington state managing director for Colliers International for the next two years. He launched his own consulting company, Powers Economics, in 2009, and was executive director of the Kitsap Economic Development Alliance from 2011 to 2020.

He announced his retirement and returned to Spokane in September 2020, although he’s keeping Powers Economics active.

“My definition of retirement is doing what you want, how you want to do it, and when you want to do it,” says Powers, who is 70 years old and who holds the distinction of being the city’s first leader under the strong-mayor form of government.

In Spokane, Powers says he’s working on an update to a regional economic development strategy and is a member of Greater Spokane Incorporated’s health care committee. He’s excited about the ongoing efforts to promote the University District and health and life sciences.

“Health and life sciences is populated with a diverse, multicultural workforce,” he adds. “I think that’s good and healthy for the community.”

He’s a board member for Believe in Me, formerly the Morning Star Foundation, which provides last-dollar grant funding for youth programs.

Powers says he’s also involved in some private investments, including a multifamily development here that he declines to identify.

“I raised some capital to help the partners,” he says. “I’m a real estate guy. I love multifamily projects.”

Powers lives in the Riverfalls Tower on the west edge of downtown, where his apartment has a sweeping view of the heart of Spokane, with Spokane Falls under the arch of the Monroe Street Bridge as its focal point.

He notes his son John, a commercial real estate broker with NAI Black, lives in Spokane. His other son, Kyle, and daughters Annie and Claire live in the Seattle area, and he says each is also involved in the real estate industry.

The couple met and were married in Madison, Wisconsin, and moved to Spokane in 1981 to pursue graduate studies at Gonzaga University.

As a lawyer, Powers was a partner at Paine Hamblen LLP, in Spokane, where he worked 17 years in the practice area of financial reorganization. Then, he ran successfully for mayor under the city’s new strong mayor form of government in 2000.

In order to separate the new nonpartisan city election from the partisan election cycle, the initial term was set at three years instead of four, he says.

He says he believes in the strong mayor form of city leadership, although to be successful, it takes the right balance of business acumen and political savvy—qualities he says he later admired in David Condon, who served two terms as mayor, from 2011 to 2019.

As for himself, Powers says his priorities were economic development and battling poverty, but being a politician wasn’t his strength.

While running for a second term, he came in third in the primary race and was subsequently succeeded by Jim West, who won the general election.

“I have no regrets having succeeded and failed,” he says. “Sometimes, there’s more learning to be done when you come up short of a target.”

Upon leaving office, Powers decided he wanted to continue to work in economic development rather than return to a law practice.

“I learned where my heart was and where my voice came from,” he says.