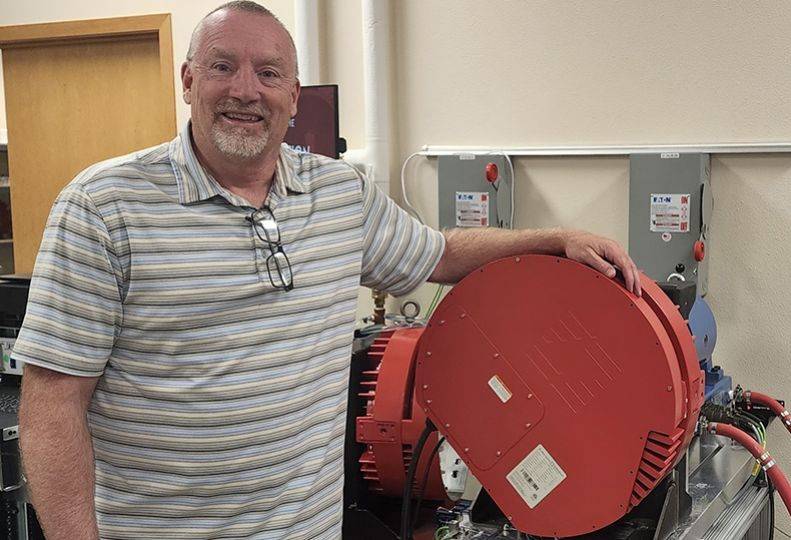 Texas-based Infinitum Electric Inc. has established its research and development presence in the Inland Northwest and is now poised to commercialize its new electric motor technology, with plans to ramp up production exponentially this year and next.

When the Journal first reported on Infinitum Electric last year, the company was looking to lease office space for research and development in the Spokane area, after earlier securing $40 million in funding led by Energy Innovation Capital.

Since February, the company’s satellite office here has occupied about 5,000 square feet of space in a multitenant office and warehouse building at 22820 E. Appleway, in Liberty Lake, where 10 engineers who make up most of the company’s R&D team are based, says Texas-based Infinitum Electric CEO Ben Schuler.

This year, the company expects to double its 2021 U.S. workforce, adding 50 new employees, most of whom will be based at its headquarters in Round Rock, Texas, in the northern part of the greater Austin area, Schuler says.

“The job of the office in Liberty Lake is to work closely with the team in Austin,” he says. That includes research and development of new products, including a 300-kilowatt motor for the electric vehicle market, he notes.

Because Infinitum Electric motors can be half the size and weight of conventional motors generating the same amount of power, the new motor has the potential to extend the range of electric vehicles significantly, he says.

On a broader scale, electric motors use more than half of the of the electricity consumed globally, Schuler says, adding that even a 10% reduction in energy consumption by electric motors worldwide would reduce carbon dioxide emissions by 1 billion tons annually.

The company recently raised $80 million in capital in a funding round led by Riverstone Holdings LLC and other partner energy-investment entities. Schuler says the funding will be used to ramp up production at its high-volume manufacturing facility in Tijuana, Mexico, of Infinitum Electric’s commercial and industrial product line used in fans, pumps, material handling equipment, and heating, ventilation, and air-conditioning systems.

The company also is using some of the recently raised capital to enter into the transportation and electric vehicle industry, Schuler says.

In all, the company has secured $135 million in funding, with other investors including Rockwell Automation and Caterpillar Ventures.

“We’re hoping to finalize and push toward commercialization this year and next year,” Schuler says. “We’ll produce roughly 10,000 units this year and 50,000 by the end of next year.”

Schuler says he expects the company will be profitable by year-end 2024. Since 2020, Infinitum Electric has secured customer agreements with more than $900 million in potential orders.

Schuler says he selected the Spokane area for the R&D office because he knew people here in the technology startup arena when he launched Infinitum Electric in 2016.

“They helped me start the company,” he says. “When we had the capital to expand some operations, (Liberty Lake) was a great location for us.”

Schuler adds that he had a general sense that, since the COVID-19 pandemic, a considerable number of people in the technology industry was moving out of California.

“Austin was one area they were moving to and also the Liberty Lake-Coeur d’Alene-Spokane area,” he says. “So we’ve been fairly fortunate to have identified a great pool of talent in that region.”

He adds that the engineering team has filed for several new patents.