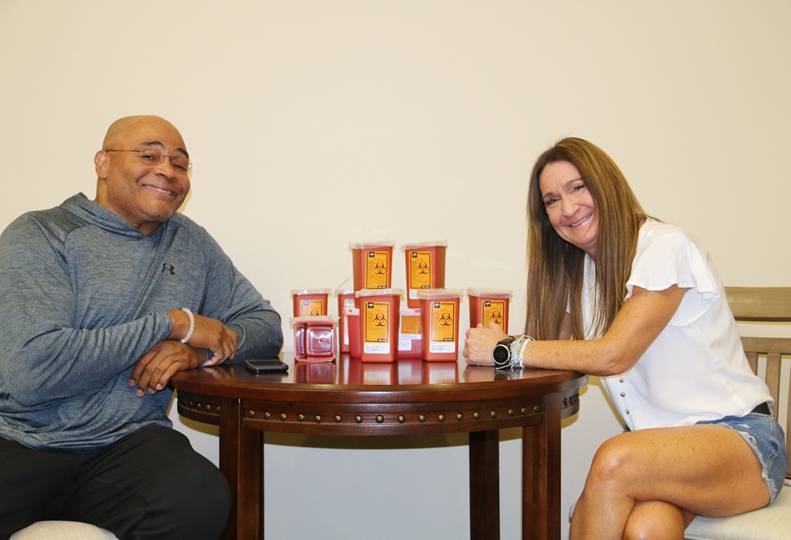 -Kevin Blocker
WorkWell Consultants founders Dr. Stefan Humphries and Kathy Worden say the company has focused on working with employers, but it now is pursuing the consumer market.

Having offered health care lab screenings to employers throughout the Inland Northwest for years, WorkWell Consultants Inc. now has its sights set on a wider swath of the population, founders of Spokane-based company say.

“We originally started by looking at wellness in the community as whole,” says Dr. Stefan Humphries, who founded WorkWell with Kathy Worden 10 years ago. “We narrowed to employers, but now we’re broadening our focus back to the community.”

WorkWell has operated with the goal of working with other businesses to help them provide timely medical information to employees via blood screenings.  Through the years, WorkWell has conducted lab screenings and facilitated health-education programs for a number of Inland Northwest employers including Idaho Forest Group, Inland Imaging, Silverwood Theme Park, Spokane Teachers Credit Union, and Washington Trust Bank.

The company is located in  roughly 1,500 square feet of space in the Lincoln Building, at 818 W. Riverside, in downtown Spokane. It has two-dozen employees in Washington, Idaho, and Oregon.

In Worden’s opinion, lab screenings done by bigger companies tend not to be as comprehensive as what WorkWell offers. And blood collection is more frequently done by intravenous blood draw, Worden says.

More recently, however, technology advancements have given lab screening companies such as WorkWell the ability to glean more information from blood draws – and in easier fashion.

Now, with a simple prick of a patient’s fingertip, WorkWell’s lab screeners can gather information on up to as many 19 biometrics. Among the 19, a client can choose up to five biometrics on a single test, she says.

“The blood screens are less invasive,” Worden says, adding they can be done in the easiest of settings, including the privacy of one’s own home.

“This technology isn’t exclusive to just us, but right now were not seeing very many companies like us using what’s available,” she says.

WorkWell contracts with CoreMedicaLabs, a collection laboratory based in Lee’s Summit, Missouri, just outside Kansas City.

WorkWell collects blood samples and sends them to CoreMedicaLabs for analyses. Participants are given a barcode, so they can log into CoreMedica’s website to view their results. It takes about three to five business days for lab processing to be completed, Worden says.

“Our screeners are employees and are prohibited from working for other screening companies,” she says.

Most screeners are full-time workers in the health care industry and include dieticians, emergency medical technicians, and registered nurses.

The overall goal, say WorkWell’s founders, is for employees to build a rapport with subjects to get to the next steps of health and wellness.

Despite the latest lab screen technologies and ease with which to collect blood, the pair say the biggest obstacle is trying to help people change their behaviors and lifestyles.

“How do we get them to shift (habits) is always the No. 1 question,” Worden says. “We don’t know what creates change.”

Humphries, who played professional football for five seasons—three with the Chicago Bears and two with the Denver Broncos—before injuries ended his career in 1988, is now 57. He moves considerably slower now than he did playing in the NFL from ages of 22 and 26.

He says he has compassion for patients as he can often identify with their physical pain.

“As a physician, that resonates with me,” Humphries says. “I see the end result of people not having awareness about what’s going on with their health. I see them after the catastrophic event.”

Adds Humphries, “They come to me after they’ve had strokes, spinal cord injuries, traumatic brain injuries, and that’s often because of not managing aspects of their health – or abhorrent behaviors. Our goal is to provide them with the information and engage them to work toward better health.”