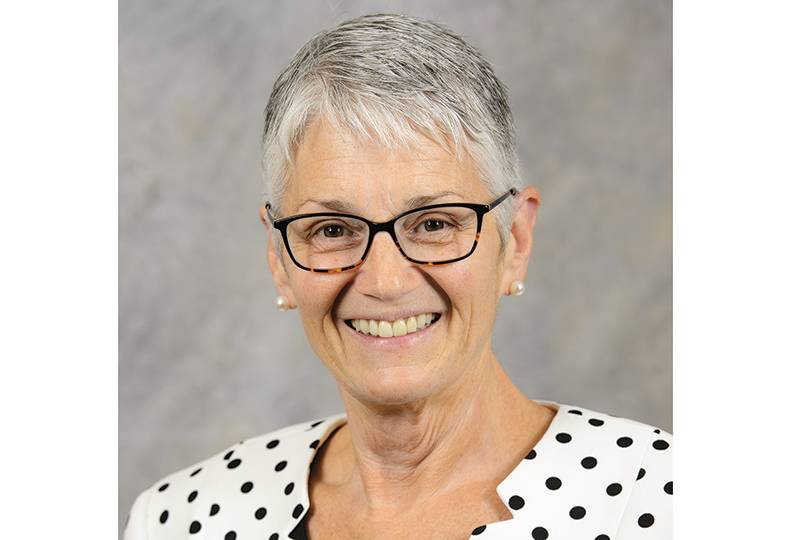 -Washington State University
Nancy Swanger is the founding director of the WSU’s Granger Cobb Institute for senior living, on the Pullman campus.

About a decade ago, some of the nation’s leading senior care providers began reaching out to Washington State University’s School of Hospitality Business Management about establishing academic courses in their field.

Little did university officials realize those early conversations would lead to the creation of a new major.

The new major is designed for business students seeking managerial positions in the senior-living industry. Senior-living management previously was a certificate program at the college.

Students pursuing a major in senior-living management are required to earn 1,000 hours of paid industry experience in order to graduate, says Nancy Swanger, the founding director for the Carson College of Business’s Granger Cobb Institute for senior living on the Pullman campus.

An introduction to senior-living management class will be the first course to be held this fall. It will be presented exclusively online, Swanger says.

Swanger moved to her current position at the beginning of the year after having served as the director of WSU’s hospitality program. She was succeeded by Robert Harrington who took over as director on Jan. 1.

As excited as she is about the start of this new chapter for the hospitality school, she says she’s even more thrilled about early interest from new students.

“It takes a minimum of a year for academic acceptance of a new major,” Swanger says. “So, until there’s final approval, you can’t advertise for it.”

Swanger says WSU’s faculty senate approved the senior-living management major in April, and the university’s regent board gave final approval in May.

“That was the greatest surprise ever,” Swanger says. “And again, that’s without any advertising whatsoever.”

Swanger and many of her peers predict the senior-living management major will be pursued highly by students in the immediate future.

Roughly 75 million baby boomers – nearly a quarter of the current total of the U.S. population – will reach retirement age within the decade, according to statistics compiled by Argentum, the nation’s largest senior-living association in Alexandria, Virginia.

“Graduates will be poised to become the next generation of senior-living leaders to improve best practices, technology, and residents’ quality of life,” Swanger says.

The new program is the culmination of years of collaboration with industry executives, she says, starting with Jerry Meyer, the former CEO and president of Bellevue, Washington-based Aegis Living. He contacted her a little more than 10 years ago inquiring about the potential interest in training students for careers operating senior-living facilities.

Later, Bill Pettit, Granger Cobb, for whom the senior program was named, and Tana Gall, all became involved in the early discussions with WSU.

At the time, Pettit was president of Seattle-based R.D. Merrill Co., the parent of Merrill Gardens.

As for Cobb, he helped build Emeritus Senior Living into one of the largest assisted-living communities in the U.S. He served as CEO until Brookdale Senior Living acquired Emeritus in 2014. Cobb died of cancer in Seattle in 2015 at age 55.

Gall now is president of Merrill Gardens in addition to being the CEO of Blue Harbor Senior Living.

Swanger says those industry leaders were so eager to train future students they worked with WSU faculty to develop curriculum.

“They sent their content experts and essentially funded it all on their own dime,” Swanger says.

She says they approached WSU because they wanted people with a “hospitality mindset” rather than the medically focused lens that senior living is often viewed through.

The school’s first senior-living class was an elective course that debuted in 2011. The following year, the Assisted Living Federation of America honored WSU’s hospitality business management with a Best of the Best Award recognizing the school’s efforts to advance business excellence in the senior-living field.

Last fall, the hospitality program was ranked the eighth best hospitality program in the U.S. by an organization known as The Best Schools, which is a member of the National Association for College Admission Counseling and the American Council on Education.

WSU’s hospitality program is spread across a number of locations, with most undergraduate and graduate students based at the Pullman campus.

Other WSU campuses where students are enrolled include Everett, Tri-Cities, and Vancouver, in Washington state, and the César Ritz Colleges traditional hospitality school in Switzerland. WSU has had a relationship with the Swiss school since 1984 and has seen close to 1,000 students either study there or earn their degrees through César Ritz.

In February, the Journal, citing WSU statistics, reported that nine out of 10 hospitality business management graduates find employment in the industry once they’ve completed coursework.

The average salary of recent grads is $49,500, the Journal reported.

Established in 1932, WSU’s hospitality program is the third oldest in the U.S. The program also is affiliated with the university’s Carson College of Business.