Manufacturing plant could add up to 150 jobs here 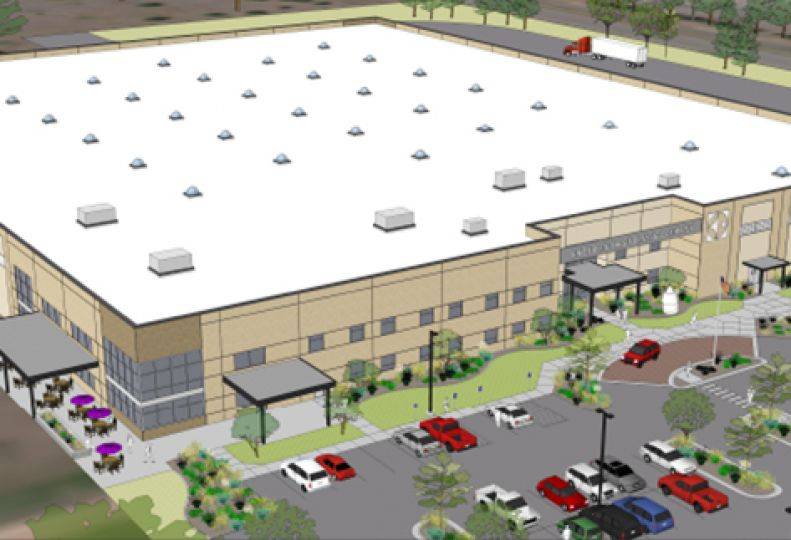 -Bernardo|Wills Architects PC
The 150,000-square-foot manufacturing facility is scheduled to be completed in the summer of 2015.

The facility could create as many as 150 jobs here, says company Vice President and COO Doug Gines. That would add to the 900 people Exotic Metals already employs in Kent.

The project is slated to be completed in the summer of 2015. Bernardo|Wills Architects PC, of Spokane, is the architect on the project, and Walker Construction Inc., of Spokane, will be the general contractor.

The building will be located on a nearly 57-acre site in Airway Heights, near McFarlane Road and Lawson Street. Exotic Metals purchased the land there from Spokane International Airport.

Exotic Metals worked in conjunction the city of Airway Heights for the last 18 months to select the site and complete the transaction. Also involved in the project were the city of Spokane, Spokane County, and Greater Spokane Incorporated.

“Because it involved airport land, it was a very complex transaction,” says Larry Krauter, CEO of Spokane International Airport, at today’s press conference.

“Today’s announcement represents a combination of over six years of due diligence,” he says.

“Today is an important day, a momentous moment, towards our economic goals,” Condon says.