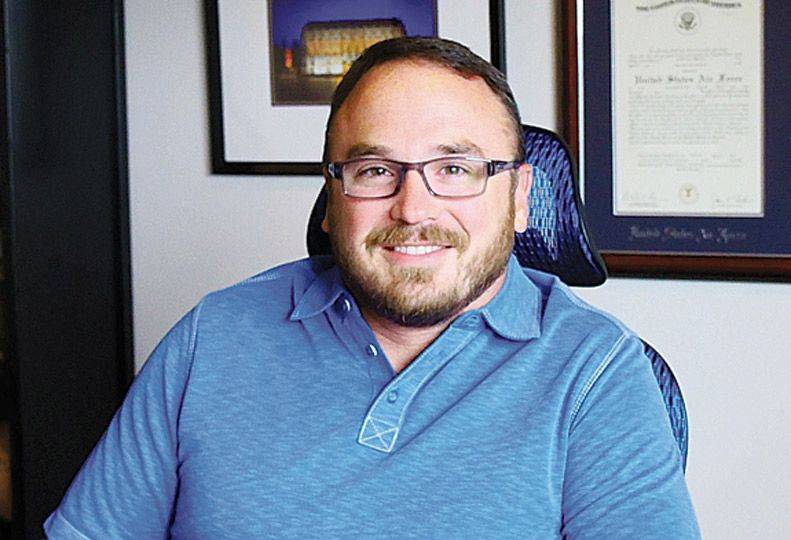 “Now, these rebates we give our government agencies don’t have to be given back to Treasury,” says Arritola.

Historically, government agencies have avoided rebate incentives because of federal laws that require rebates paid to governments to be documented and turned over to the Department of the Treasury, he explains.

Because of that administrative hurdle, many municipal governments have chosen to stay with traditional forms of issuing payments, such as paper checks and electronic payments and transfers done through an electronic network for financial transactions known as an automated clearing house.

“What we’ve done is created an economic model for why agencies will want to use this,” says Arritola.

Virtual card is similar to gift cards and debit cards in that it has a declining balance without taking out a line of credit, yet customers receive credit card-like rebates.

“Virtual card is a declining balance card that settles instantly against a bank account,” explains Arritola.

Haploos customers receive on average a 1% rebate when they make payments using the company’s virtual card. Rebates are distributed monthly.

Vendors can include any entity that provides a service or product to a Haploos client.

As an example, the city of Airway Heights, Haploos first client, pays a monthly water bill from the city of Spokane using the Haploos card, says Arritola, and that transaction generates a rebate for the West Plains city. From January 2021 to this June, Airway Heights has received a total of nearly $15,000 in rebates using the Haploos virtual card.

Haploos’ financial system works the same way major credit card customers earn rebates through an interchange fee, says Arritola. An interchange fee is a transaction fee that a merchant pays whenever a credit card or debit card is used. Typical fees range from 1% to 4%. Credit card companies sometimes return a portion of the fees to customers as rebates.

Using a similar system, Haploos earns its revenue through a portion of the interchange fee charged on each transaction. Arritola declines to disclose projected revenue for the company, which is in its second year of operation.

In addition to the Airway Heights, Haploos has Spokane Housing Authority as a client.

Xanthe Supita, accounting specialist for the city of Airway Heights says the new system makes the payment process easier, and one of the benefits of the virtual card is its ability to correct financial mistakes sev-
eral months after they occur. With ACH payments, wrongful payments must be corrected within three days.

“An ACH can capture just a few points of data,” says Arritola. “It can capture how much the transaction is for, what account it’s coming from and going to, and it can capture the date. But it really can’t capture anything else.”

With Haploos Virtual card, Arritola claims the technology can capture up to 180 points of data. As an example, Arritola uses the term “ghost rider” to describe occurrences sometimes experienced by Spokane Housing Authority. A “ghost rider” is a person who receives Section 8 housing funding and then moves without informing the city or landlords. Section 8 funding, also known as the housing choice voucher program, is part of a federal program assisting low-income families, the elderly, and disabled by providing rent subsidies to landlords through agencies like Spokane Housing Authority.

Sometimes, landlords continue to receive the payments after the tenant vacates the housing, Arritola says, describing it as “not necessarily intentional fraud.”

“(Landlords can) receive ACH deposits from Spokane Housing Authority, and they don’t know what it’s for or who it’s for,” he says.

Haploos has a patent-pending technology that will require landlords receiving payment from PHAs to first validate that the housing voucher holder is presently a tenant.

“We can identify (entities) defrauding the government actively and passively,” says Arritola.

McMorris says it took some time for lawyers for HUD, Treasury, and the GAO to look over the technology, but they eventually determined the way the technology works allows for government agencies to keep rebates and use them as discretionary funds.

“I like it because it’s the credit card platform, and you get the perks of a credit card without the fees,” says McMorris.

He explains that financial institutions can offer the technology, but they typically don’t see it as a significant source of revenue, and they don’t push for vendors to sign up.

Arritola says that Haploos uses the technology as its main line of business and, so far, has a nearly 70% success rate in signing up vendors to accept virtual credit card payments from its clients.

Haploos originally was established in 2008 as an oil and gas consulting company, but after oil prices plunged in 2015, Arritola began to look at repurposing his company. He relaunched Haploos in 2018 with the help of partner tech companies that assisted with programming. He works from his home as the company’s sole employee.

In the coming weeks, Haploos will launch a campaign to pursue Spokane County as a client.

“They currently have $130 million in American Rescue Plan dollars,” he explains. “If they use our virtual card to make those payments, they’ll get 1% return. That’s over $1 million the county can put in its general fund without having to tax its people.”