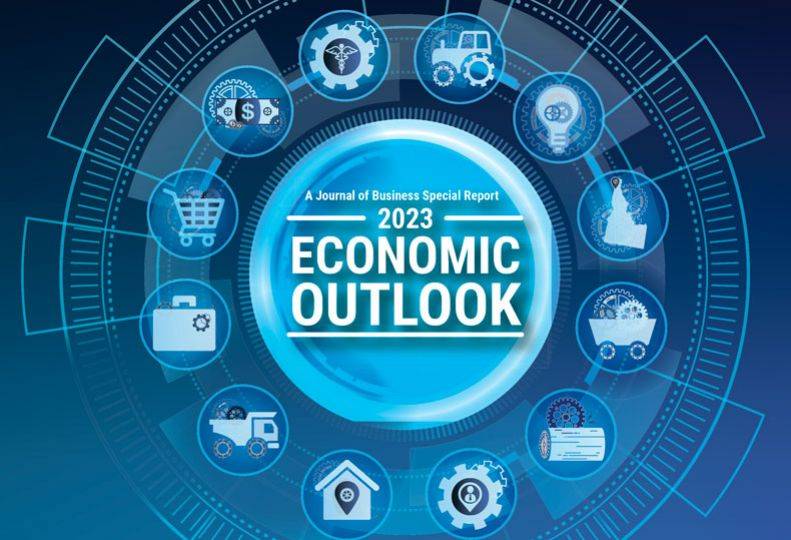 The Spokane economy is expected to slow and perhaps, along with the rest of the country, enter a mild recession in 2023, as inflation, elevated interest rates, and labor shortages continue to provide obstacles to economic growth.

Little or no job growth is expected in the Spokane area in 2023 due to an inflationary environment and a slowing economy, although recent unemployment rates here are relatively stable at below 4%.

A trend to watch, however, is a rate of teenagers bypassing higher education to enter the workforce directly in transportation, warehousing, construction, and manufacturing, which is the highest it’s been in the last 10 years, likely due to opportunities and openings brought by ongoing labor shortages.

Some growth may continue in tech jobs as demand for cybersecurity, privacy and data storage, and cloud migration is expected to remain strong in 2023, and the tech workforce here hasn’t been impacted by layoffs at companies headquartered in larger cities.

Major health care providers here are bracing for another year of potential losses after experiencing double-digit rates of cost increases led by rising staffing costs in 2022.

In Kootenai County, incremental economic growth is forecast following the economic nosedive at the outset of the pandemic and a rapid recovery cycle, although that growth also will be challenged by labor and housing shortages. The residential real estate market there also is expected to cool as interest rates have priced many people out of the market where the recent median home sales price was $550,000.

In Spokane County, affordability challenges in the new year likely will dampen industry growth for both residential and commercial real estate markets in the coming year, as federal interest rate hikes began to impact abilities to obtain financing during the summer. Additionally, growing inflation started eating into developers’ profit margins and contributed further to a market slowdown by year-end.

Developers in Spokane County are expected to focus on commercial real estate opportunities within the multifamily and industrial markets on the West Plains and along the Interstate 90 corridor toward North Idaho.

Construction of single-family homes is softening due to historically high home prices and increases in mortgage interest rates.

Private-sector commercial construction also is expected to slow in the new year due in part to ongoing labor shortages and high materials prices.

In 2023, public works projects likely will carry the bulk of heavy construction, which is being bolstered by funding provided in the Infrastructure Investment and Jobs Act.

Rising mortgage interest rates are slowing the demand for wood products, even though the price of lumber has decreased to below 2020 levels.

The coming year will be challenging for financial institutions, which have begun to feel the effects of inflation as consumers and businesses bear higher costs. Consumers have begun spending their savings and relying more on credit due to inflation, however, rising interest rates could pressure consumers to spend less and avoid debt.

Following strong retail sales this year and last, sales are expected to slow in Spokane County in 2023. As inflation and interest on consumer credit has increased, personal savings across the country are at their lowest level since 2005.

On average, restaurants statewide incurred $160,000 in debt since the start of the pandemic, and the majority of them haven’t received stimulus support, meaning many are at risk of financial failure.

Spokane’s tourism and hospitality industry, which saw an explosion of post-pandemic demand in 2022, is anticipating a quieter year in 2023, as convention bookings have declined considerably.

The industry will be buoyed somewhat by 60 sporting events, which are expected to attract 113,000 visitors to the Spokane area, although that will mark a decrease from 150,000 visitors in 2022.

Winter wheat conditions are good in Eastern Washington with the current La Niña weather pattern providing much-needed precipitation, although inflation and higher input prices are increasing the risk that farmers won’t be able to recover the costs of production.

Inflation also is making U.S. wheat more expensive relative to other countries, which could reduce demand from Washington state wheat growers who usually export 90% of their production.

One of the more optimistic of economic outlooks for industries in the Inland Northwest for 2023 and beyond is coming from members of the mining industry. Coeur d’Alene-based Hecla Mining Co. anticipates increased silver production at its Lucky Friday mine and other holdings, Coeur d’Alene-based Idaho Strategic Resources Inc. has recently increased its rare earth landholdings in east central Idaho, and Toronto-based Bunker Hill Mining Corp. has its sights set on restarting operations at the historic mine near Kellogg, Idaho, in late 2023.