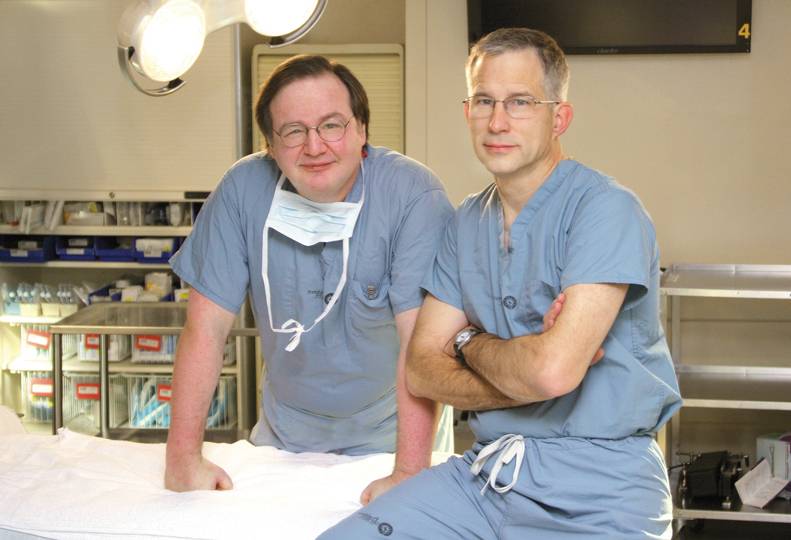 “Given the population we serve and the surrounding areas, I anticipate that this program will run somewhere between 20 and 30 transplants a year when we’re up and running at out fullest capacity,” says Dr. Christy Smith, who joined the team in 2018 as its surgical director for heart transplant and mechanical circulatory support.

Smith, the transplant program’s only surgeon, says seven transplants have been performed this year, and she expects anywhere between 16 to 20 will be performed by the end of the year.

Providence currently is recruiting another cardiac surgeon to the team, and next year hopes to add a fifth transplant cardiologist.

A cardiac surgeon performs the actual physical heart surgery while the cardiologist is involved in testing and other procedures during surgery.

Hospital officials wouldn’t say how much a typical procedure costs in Spokane as insurance coverage from one patient to the next varies, making it difficult to determine what the average patient pays toward a heart transplant.

Milliman Inc., a Seattle-based consulting firm which produces economic indexes for the U.S. health care and insurance markets, projected that 3,500 heart transplants would be performed in the country this year. The company predicts the average for billed charges for a heart transplant will be $1.66 million for an individual recipient.

The heart institute’s clinical offices are located on the hospital’s first and second floors, with medical work occurring in a variety of locations on five floors on the north side of the main hospital tower.

The heart transplant program started in 1989 after Dr. Timothy Icenogle recognized the need for it in the Inland Northwest and received the go-ahead from the United Network of Organ Sharing.

He performed Sacred Heart’s first heart transplant in March 1990. Dr. David Sandler joined Icenogle in 1992, and the pair worked together for the next 20 years. Sandler died in 2014, and Icenogle retired in 2016.

Dr. Andrew Coletti began working with the team in 2009, when Icenogle asked him if he could assist the team in a part-time capacity.

Coletti and Smith were among a group of heart transplant specialists who were operating an independent heart facility in Bellingham, Washington.

As the heart program grew, Coletti began traveling more frequently to Spokane during the weekdays and even weekends, he says.

He accepted a position as a transplant cardiologist with the program in 2016 and later was named both program and medical director, he says.

To start his career, Coletti attended the Albert Einstein College of Medicine, in New York, before completing his residency at the University of Michigan, in Ann Arbor, Michigan, he says.

As for Smith, she attended medical school at Eastern Virginia Medical University, in Norfolk, Virginia, then went to the University of Arizona, in Tucson, Arizona, where she completed a cardiac fellowship. She served under Dr. Jack Copeland, who played a key role in the research and development of artificial hearts, she says.

After completing her fellowship, she accepted a position at Copeland’s request as an assistant at the University of Arizona where she worked for the next decade. Following that she worked three years as the university’s heart transplant director before arriving in Bellingham, she says.

The pair say they appreciate the different environment Sacred Heart’s transplant program has to offer.

“It’s unique to have a heart transplant program outside of an academic medical center,” Coletti says. “Your relationship with the patient is much more direct.”

For most of its history, unlike an academic-based facility, Sacred Heart doesn’t have fellowship, intern, or resident students.

“Your primary job at Sacred Heart is truly to take care of that patient and their family,” he says. “We don’t have the added responsibilities of having to maintain a research lab and to train multiple levels of young doctors.”

Coletti says there’s no “cookbook” that can be applied uniformly to heart transplant patients.

“If there was a simple fix to them, we wouldn’t be seeing them,” he says.

Smith says members of the transplant team have extensive professional contacts enabling Sacred Heart’s transplant program to be at the forefront of gaining access to new and developing technologies.

“We have a good relationship with all the makers of all the toys that we use,” she says. “It’s kind of the best of all worlds.”

Says Smith about transplant patients, “There’s the ideal that we hope happens for every patient who comes through the process to the, holy cow, you just had a life-changing event that’s landed you in the ICU.’’

Patients can be referred to the heart institute by outside cardiologists. Clinically, they’re experiencing an increase in shortness of breath, and medications that may have controlled their symptoms for several years are no longer working, she says.

“Our initial intent is to try to keep the heart that God gave you in your own chest,” Coletti says. “We look for more ways to see if we can get more mileage out of your current heart.”

The heart institute prides itself on educating patients about their options, Coletti and Smith say.

“We may follow someone sometimes for months, even years, before we have to actually embark on a formal workup,” he says.

In a critical patient, however, the time frame can be as short as 12 to 24 hours, he says.

Smith calls the process an “arranged marriage” between heart institute team members and patients and their families.