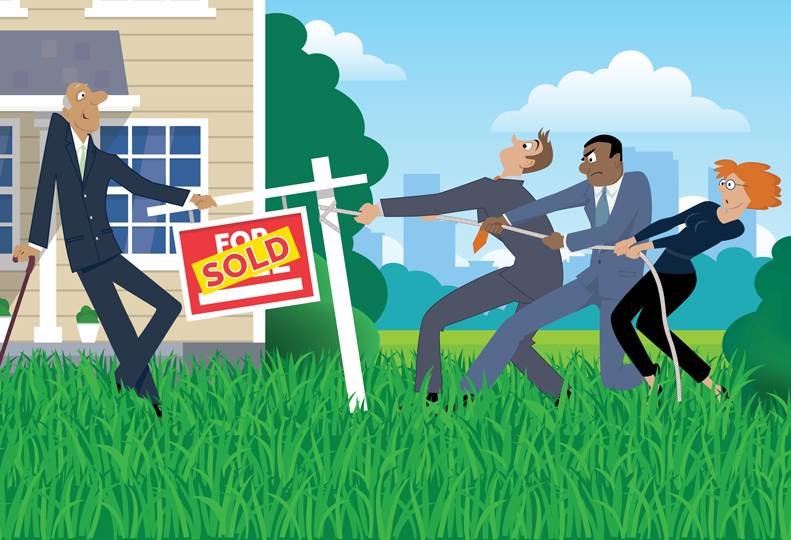 Competition for housing is erupting between the baby boomer and millennial generations, and the older generation tends to have the upper hand, experts here say.

Patrick Jones, executive director at the Eastern Washington University Institute of Public Policy and Economic Analysis, says many millennials are arriving at a point in their career where they can consider homeownership.

“Millennials got a slow start on homeownership, in part because they were entering the workforce pretty close to the time that we had the deepest recession since the Great Depression,” Jones says. “That set a lot of careers back among the millennial generation.”

At the time of the Great Recession, millennials were in their teens and twenties.

In 2020, U.S. Census Bureau data showed that millennials—those aged 24 to 39 at the time—surpassed the baby boomer generation as the country’s largest living adult generation. Baby boomers, so named because of the surge in the birth rate following World War II, are defined as those aged 56 to 72 in 2020.

Tony Byrne, a loan officer with Spokane Valley-based lender Heritage Home Loans, says the student debt that many millennials incurred during and after the recession plays a significant role in their ability to compete for housing.

“It’s harder for them to save money,” Byrne says. “Boomers having money is the biggest advantage.”

James Young, executive director for the Washington Center for Real Estate, says that while the millennial generation is now in the starter home phase of life, some baby boomers are looking to downsize or create a rental property as they face retirement.

“They may own their homes in some rather expensive markets,” says Young, who heads the real estate center at the University of Washington, in Seattle. “They’re thinking, why do I need this big house when I could trade down and go to someplace like Spokane … and pay cash for a house? I can put the rest into buying another property, rent it out, and then that’s my retirement income.”

Jones says others in the boomer generation who own their home are choosing to age in place, remaining in their home longer than previous generations typically did. This creates a gridlock situation—elder generations aren’t moving out of the homes younger homebuyers typically would purchase.

According to a 2019 report by the Federal Home Loan Mortgage Corp., Freddie Mac for short, more than 67 million homeowners in the U.S. are older than 55, and they collectively own about two-thirds of the home equity in the country.

About 63% of these homeowners plan to age in place, according to Freddie Mac.

“At a certain point, some of the current housing stock that’s occupied by boomers will be freed up,” Jones says. “That will provide some relief, but I don’t see that happening right away.”

Young says that baby boomers who are choosing to downsize or relocate have several advantages. Whereas many millennials must rely on mortgages, baby boomers—who likely have been building savings, are at a more advanced stage in their career with corresponding higher pay, and who have other resources and retirement funds available to them—are more likely to be able to buy a home with cash.

“Unless a millennial can come up with cash or negotiate the same as cash, they’re going to have a hard time out-gunning someone who has actual cash,” Young says.

High home prices have meant a more competitive market for all generations. The Spokane Association of Realtors reports the median home price in Spokane County in September was $380,000, up more than 21% from the September 2020 median price of $313,500.

“With the price of housing, we’re having a harder time getting a first-time homebuyer into a house,” Higgins says.

The number of homes available for under $150,000 has decreased drastically. According to Spokane Association of Realtors data, in 2011, houses under $150,000 in Spokane County made up about 47.5% of all residential properties on the market. By 2021, that percentage fell to 3.7%.

“That’s a significant thing that I think doesn’t bode well for the future,” Higgins says. “There aren’t a lot of houses at the low end of the price range. That means first-time homebuyers are being left out of the mix.”

Jones says homeowners who buy their first home later in life, as many millennials will, have a diminished window of opportunity to build equity and move into more expensive homes later in life.

“The traditional American story has been, you’re able to purchase a starter house at a younger age, and then over the course of your lifetime, you’re able to trade up at least once for a larger home with more amenities,” Jones says. “It’s very difficult to get to that next stage without having starter house equity to use in your second or third purchase.”

Young says the U.S. Federal Reserve is unlikely to lower the federal fund rate, the benchmark interest rate for loans, which is currently 0.25%. The benchmark is the base rate that large institutions use to lend funds to each other and to calculate other interest rates. For example, as of last week, the typical interest rate for a conventional 30-year mortgage is 3% to 3.35%, according to Bank of America.

If rates rise, young prospective buyers will be the first to be affected, Young says.

“As interest rates go up, millennials are going to fall out of the market, so you’re going to be left with people who want to downsize,” Young says.