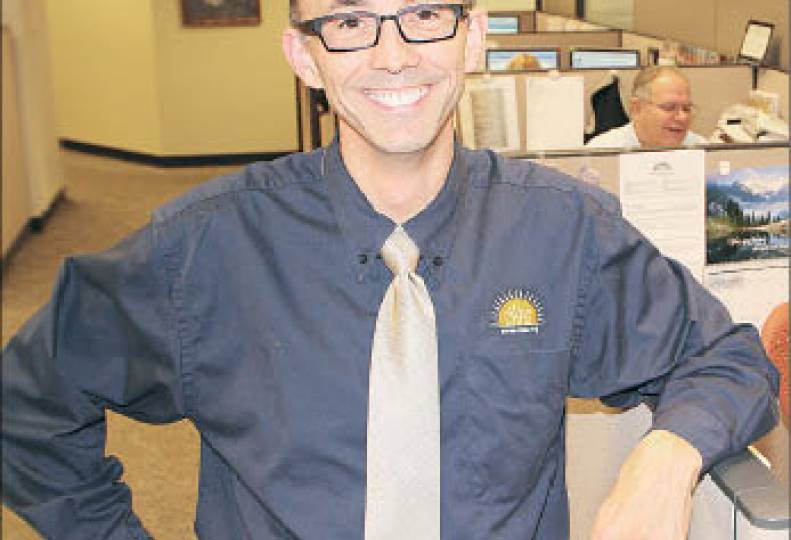 Dr. William Lockwood, who joined Community Health Association of Spokane in 2010 to launch its first urgent-care facility, has taken on new duties as CHAS medical director.

The change comes as the nonprofit continues to grow, with plans to add clinics next year.

By late spring, CHAS expects to open a second urgent-care clinic, in Spokane Valley, and its first primary-care clinic in Moscow, Idaho, although exact building locations for those clinics still are being determined. Those clinics will be in addition to CHAS's nine existing health care clinics, seven of which are in the Spokane area—including an urgent-care facility that opened March 2011—and two in the Clarkston-Lewiston area.

"With the Affordable Care Act continuing to progress, we expect there will be an increase in demand for primary care services, and to some degree, after-hour access," Lockwood says. "We're certainly, in the last year, expanding."

CHAS is a dental-, medical-care, mental-health, and pharmacy-services provider that offers patient care even if a person doesn't have health care insurance or the ability to pay. The nonprofit receives 10 percent of its $35.1 million annual budget from federal and state grants, with the remainder coming from patients' payments that include Medicare and Medicaid.

Last year, the nonprofit with 360 employees handled a total of 122,000 patient visits. Almost half of the patients to whom it provided care didn't have insurance, CHAS says in its 2011 annual report.

Its urgent-care clinic at 5901 N. Lidgerwood handled more than 13,000 patient visits in its first year.

Lockwood became CHAS's medical director on Sept. 1, taking over the job held since 2003 by Dr. David Bare, who still works as a physician in CHAS's clinics. Lockwood's previous work experience includes 15 years as an emergency room doctor at Providence Holy Family Hospital, on Spokane's North Side.

At CHAS, his duties now include overseeing the system's health care providers and clinical guidelines. He also supervises steps the nonprofit is taking toward what's called a patient-centered health care or medical home model, which involves a team of providers striving to keep patients healthy through collaboration and use of electronic medical records, rather than simply treating diseases.

Additionally, Lockwood is the liaison between administrative staff at CHAS's headquarters, located at 203 N. Washington downtown, and about 90 health care providers who work in the clinics. Twice weekly, Lockwood works as a physician on a rotating basis in all of CHAS's clinics.

"It's what CHAS expects of its medical director, so you can keep in touch with what's going on in the health clinics," Lockwood says. He says he works one day a week in the urgent-care clinic on Lidgerwood and one day a week in one of the other clinics.

Last spring, CHAS started operating a school-based health clinic, called The Sunset School Health Center, inside of a 950-square-foot portable classroom on the grounds of Sunset Elementary School, in Airway Heights. The Sunset program is sponsored by the School Health Care Association of Spokane County and has funding through grants from several community organizations to provide medical and limited dental care to the students.

Looking ahead, Lockwood says the planned new Spokane Valley urgent-care clinic will offer more affordable care for patients who might otherwise end up in an emergency room.

"With the urgent care, one of the reasons I wanted to help is after working 20 years in the emergency room, every day I'd see patients who were at the ER only because they didn't have insurance," Lockwood says.

He adds, "There were hundreds of simple things that don't require an emergency department, yet these people didn't have any options. At urgent care, we can do some treatment of minor emergencies for a fraction of the cost."

He says the Pullman-Moscow area has a poverty rate hovering between 30 percent and 40 percent, and that community groups asked for a clinic. "We saw there was a big gap there," he says.

CHAS's employees include physicians, pharmacists, dentists, behavioral health specialists, nurse practitioners, and midwives, as well as administrative and billing personnel. Its executive director is Peg Hopkins. CHAS estimates that by the end of 2014, it will have about 400 employees that include those at the new urgent-care clinic and the Moscow clinic. This year, CHAS has added 26 employees.

Some additional employees hired this year are part of a newer CHAS goal to place behavioral health specialists, also known as mental health professionals, at each clinic, Lockwood says.

"We've had this care, but there's a growing understanding of how many CHAS patients have these conditions," he says. "If these needs aren't being met, it's next to impossible to meet their (other) health needs."

For example, people who have schizophrenia, depression, or bipolar disorder who don't receive treatment for those conditions can have difficulty understanding doctors' instructions regarding their physical health, he says.

"Traditionally, mental health is completely separate, but with integrated behavioral health, the goal is to have them as part of the care team, co-located in the clinics, with a warm hand-off by the provider," Lockwood says. "Chemical dependency counselors are also co-located at the clinics."

Other than the grants and the Medicare and Medicaid payments, CHAS derives some income from private insurance payments. For its patients who don't have any insurance, CHAS charges patient fees according to a sliding-scale based on income and family size.

Lockwood also has worked administratively to help CHAS begin meeting federal objectives for its electronic patient health record system, under what is called "meaningful use" standards that offers payment incentives.

The Centers for Medicare & Medicaid Services, the U.S. federal agency that administers Medicare and Medicaid, has developed the meaningful use program with several core objectives to be achieved in stages, with full implementation expected by 2015. As early as 2014, physician practices will be required to achieve more stringent objectives to demonstrate "mean-ingful use" of electronic health records to earn federal bonuses and prevent future penalties.

Other examples include having more than 40 percent of prescriptions electronically transmitted between a clinic and a pharmacy provider, and use of government-certified software with which health care providers can create reports, he adds.

Lockwood says that CHAS reached a goal at the end of October of having more than 50 CHAS physicians and 10 dentists applying early meaningful-use criteria.

"There are 15 criteria total for core measures, and five to 10 menu measures to select from," Lockwood says. "Next year, more of the menu measures have to be implemented. It gets more structured."

He adds, "The long-term goal, which is probably 10 years down the road, is to get everyone in health care creating, using, and easily sharing structured health data. The challenge is the software is new, and it isn't necessarily user friendly. It's important, though, toward preventative care."

Lockwood says such electronic recordkeeping better serves individual patients, and groups of people with diseases such as diabetes and asthma, through templates, reports, and reminders.

"There are templates that pop up reminding the doctor that this person should have a colonoscopy, or a pap smear, or a hemoglobin A1C (diabetes test), based on age and based on history and gender, "Lockwood says.

He adds, "It allows for proactive, preventative maintenance that just wasn't possible before, at least with this efficiency. Thirty years ago, a doctor had an hour and might have had the opportunity to look through multiple records."

Current health care is geared toward volume with a reimbursement structure that is primarily fee-for-service driven, and toward specialty care, "not just keeping someone healthy," he says.

In addition to a experience in emergency medicine, Lockwood also has worked as an urgent-care physician, in addition to working as a clinic doctor for CHAS since 2010.

Before joining CHAS, Lockwood spent a couple of years working in part-time positions as a doctor for Rockwood Clinic Urgent Care, as well as doing some emergency medical work at Pullman Regional Hospital.

In 1987, Lockwood earned a medical degree at the University of Michigan's Medical School and then served his emergency medicine residency at Wright State University School of Medicine, in Ohio, in 1990.

After two years as a doctor at Good Samaritan Hospital, in Dayton, Ohio, he moved to Spokane.

After working at Providence Holy Family Hospital, he spent a year in Australia where he worked as an emergency doctor, until he and his family returned to live in Spokane in 2008.