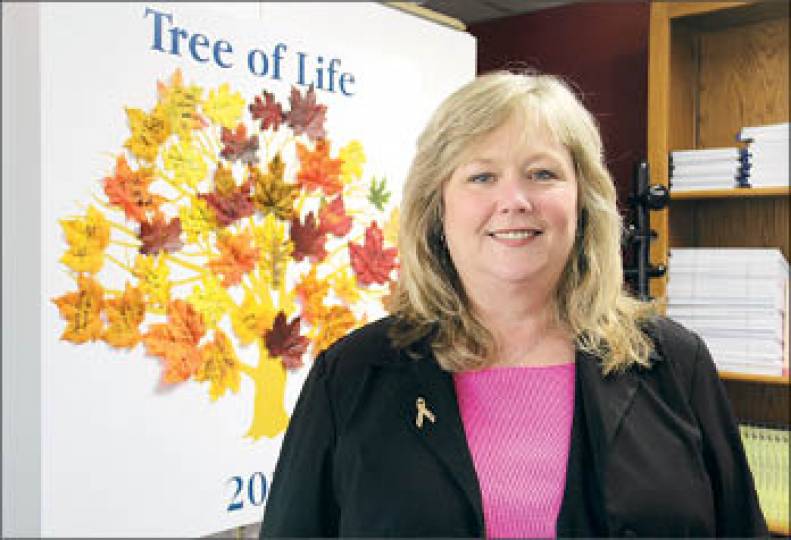 When Mary Anne Ruddis lost her 9-year-old daughter to leukemia in 1994, she says she did everything she was told not to do, including moving from California to Spokane.

Five years later, when her 12-year-old son died from a brain tumor, she says there was a marked difference in the process, one that she attributes to the support she received from Candlelighters of the Inland Northwest.

Ruddis, who began volunteering shortly after her son's death, now is executive director of that same organization, which changed its name in 2010 from Candlelighters of the Inland Northwest to American Childhood Cancer Organization Inland Northwest, reflecting a similar name change by the national organization to which it belongs.

Ruddis says the chapter provides financial and emotional support to families with children who are receiving treatment for cancer, and works with families in Eastern Washington, North Idaho, and western Montana. She says typically it sees between 45 and 50 new diagnoses a year, with 100 to 150 families in active treatment annually. The chapter has been operating in Spokane since 1977. It's part of a national organization based in Maryland that was started in 1970.

Ruddis says the name change stemmed from a shift in emphasis by the national organization. She says that when Candlelighters formed, its focus reflected a time when survival rates for childhood cancer were lower.

The American Childhood Cancer Organization says the five-year survival rate for all types of cancer in 1977 was 58 percent. That number has risen to 80 percent as of 2007.

"In 1970, no one thought about survivorship issues, they were concerned about getting kids to survive," Ruddis says.

The name change of the national nonprofit to American Childhood Cancer Organization reflects the increase in survival rate and focuses more on better addressing issues of being a cancer survivor, she says.

The Spokane chapter has two full-time employees, including Ruddis, who has served as the chapter's first executive director since 2005. The chapter has been located at its current Spokane Valley location at 10623 E. Sprague for the past three years. Ruddis says the chapter currently is looking for a location closer to Sacred Heart for its headquarters.

Separate from the planned office move, the organization has undergone several changes since Ruddis became involved more than a decade ago.

"Our first grant came through the Rypien Foundation, so they enabled us to take that next step," Ruddis says.

The Rypien Foundation is an organization that aids families who are dealing with the issue of childhood cancer.

"Back then, we were able to provide maybe an occasional gas card," Ruddis says.

Now, the organization offers each family it serves up to $500 in emergency funds annually, as well as up to $75 monthly to cover gas and grocery expenses. Ruddis says it also offers parking reimbursement and food vouchers for hospital trips.

Ruddis says the financial piece often poses a challenge for the organization.

"Because of financial restraints, we limit cash resources for active treatment," she says, referring to the period of time when the cancer treatment is occurring. That delineation by the organization is tough for families that find they often face a long road of continued medical need. Ruddis says it can take years for a family to fully recover from the financial impact of a child going through cancer treatment. Families often have an increase in expenses during the treatment, she says, and for two parent households where both parents work, one often will take time off, resulting in less income at a time of increased spending.

For families, a cancer diagnosis doesn't impact families only on a financial level. Ruddis says those families also have to deal with a decision-making process about treatment options that can have long-lasting effects on the future health of a child.

"It doesn't just hit you financially or physically, it hits you emotionally," Ruddis says. For parents, a child receiving treatment for cancer means signing consent forms for medications that cause severe side effects, she says.

"You have to sign because you want to save their life," she says. "What we try to do is corral the chaos and give families the resources to make those decisions."

Those resources come in the form of connecting newly diagnosed patient families with other families that have gone through the process.

"If we have a family going into a bone marrow transplant, we try to connect them to other families who have been there," she says.

The organization also offers a new-patient bag and reading material for children and parents.

"I think out of all of the services we provide, this is our main contact," Ruddis says of the bag, which includes items such as a three-ring binder to store notes, books about cancer for both the child and parents, and a portable DVD player. The Rypien Foundation funds half of the organization's expenses for new-patient bags.

"Families stay involved because they still need the support," Ruddis says. "Once the chemo ends, it's not over."

Ruddis says radiation, chemotherapy, and other drugs used to fight cancer can make some children frequent visitors to the hospital for other illnesses that stem from cancer-fighting drugs.

"They may still be getting treatment for the rest of their lives," Ruddis says.

The organization offers different opportunities for current and former patients and families to get together for support and remembrance, such as an annual Christmas party and a candlelight vigil.

Ruddis says a tree of life poster created at a vigil held earlier this year shows leaves added by people who were there to honor or remember children who went through a battle with cancer.

"It's a time to remember all of the kids; those in treatment, those who are survivors, and those who have passed away," Ruddis says of the vigil.

Leaves located at the base of the tree were added by supporters as a way to illustrate how that support holds up a sick child.

"Nothing happens without them," Ruddis says of supporters. "It takes a community to support these kids and families."

For the families that seek out support from the chapter, she says the tree of life is a reminder that they aren't alone in that battle with cancer.

"Everyone is different with a different story," Ruddis says. "But they all share that underlying cancer diagnosis."