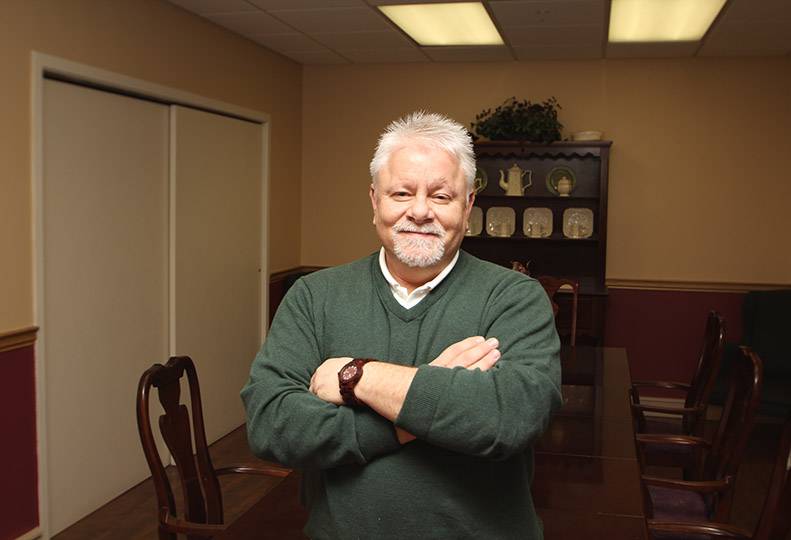 -—Staff photo by Mike McLean
Dennis Veeder has led a renovation of the Cooper-George Building south of downtown Spokane and has opened South Hill Senior Living in the 13-story structure. 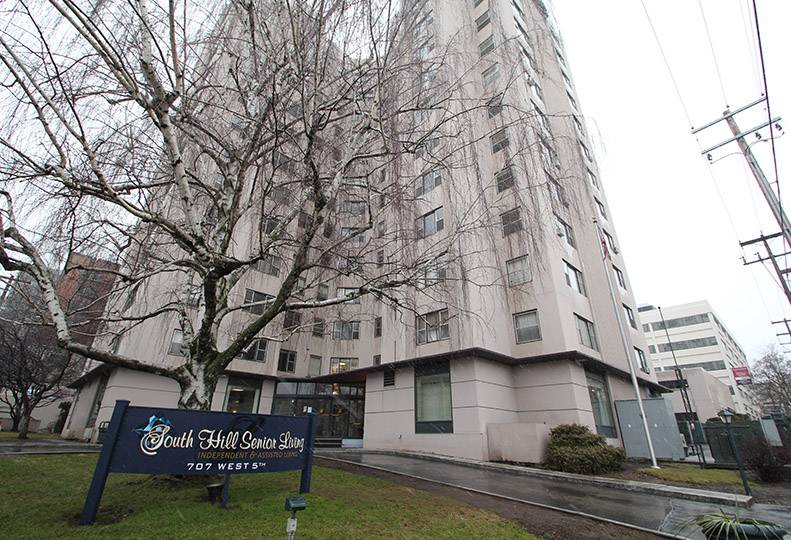 The new owner of the Cooper-George Building, at 707 W. Fifth, is working to rejuvenate the 13-story structure while returning its focus to senior housing.

Dennis Veeder, a 31-year registered nurse and co-owner of Sapphire Health Services, of Portland, Ore., bought the ailing building last June for $3.7 million. Since then, he's invested $600,000 in improvements and expects to put another $600,000 into it before an open house that will mark the first anniversary of the facility, now named South Hill Senior Living.

Veeder met Ricker while working as director of nursing at Gateway Care & Retirement Center, an independent-living, assisted-living, and skilled-nursing facility in Portland, where Ricker was the executive director.

Veeder says he was looking to acquire a senior-living facility in Washington state when Ricker, who also is a commercial real estate broker, came across a listing for the Cooper-George Building.

The former owner lost the license to take in new assisted-living residents and didn't have a business to sell, but Veeder says he thought the building could be revived as a senior-living complex.

The structure was in immediate need of vital updates, though, including repairs to the fire escape, and fire suppression, heating-air conditioning, lighting, and kitchen-venting systems.

"We knew it was a troubled building," he says. "But when I came, I had no idea how difficult it would be."

Although it historically had been a retirement complex, the Cooper-George was last an assisted-living facility specializing in accommodating mentally ill residents, Veeder says.

"We've changed the focus," Veeder says. "The last owner catered to the mentally ill. I don't have that expertise. I know about elderly populations."

South Hill Senior Living has 53 employees, he says, adding, "We had to augment the housekeeping and maintenance staff."

"It's easier to bring in someone for assisted living, because the choices available for independent living are greater" in the Spokane area, Veeder says.

Veeder resides on the top floor of South Hill Senior Living facility and knows all of the residents there as neighbors as well as tenants, he says.

The facility had 48 residents when Veeder took over the operations. Some of the more severely mentally ill residents were relocated, while others have remained through the transition to South Hill Senior Living.

"We had to remove some residents, mostly for safety, and we've been selective in accepting new residents. That's probably why growth has been so slow," Veeder says.

The new focus has fostered a more positive atmosphere, he says.

"The people are happier, the environment is calmer, and employees are happier," Veeder asserts.

The population in the building recently surpassed the 65-resident threshold needed to cover operational expenses, although revenue doesn't yet cover the cost of ongoing capital improvements, he says.

Private-pay rent ranges from $1,100 to $2,800 per month for independent-living units. Rent for assisted-living units ranges from $2,100 to $2,800a month, plus $100 to $650 a month, depending on the level of care needed. Assisted-living care can include help with activities of daily living such as bathing, dressing, grooming, and, managing medication.

Each living unit has a mini kitchen that includes a sink, a refrigerator, and a microwave oven. South Hill Senior Living also provides some furniture, including a TV with basic cable service, for qualifying residents who don't have furniture.

Many of the units, especially on the upper floors, offer impressive views overlooking downtown, Veeder says.

Other than cleaning and security deposits, South Hill Senior Living has no buy-in fee.

The facility offers a daily activity schedule that includes physically and mentally simulating exercises, crafts, and trips to stores, Veeder says. Most residents range in age from their late 50s to late 70s, but a handful of carryover residents are still in their 20s and 30s, he says.

Investment broker J.L. Cooper and construction contractor Henry George, both of Spokane, developed the Cooper-George Building in 1951 and 1952 on the southwest corner of Fifth Avenue and Wall Street, as Spokane's first senior apartment community. In its heyday, the posh facility boasted two dining rooms, a grocery store, dry cleaners, a beauty shop, and a doctor's office.

The building has gone through several ownership changes since the 1970s and has been in accelerating decline, Veeder says.

As South Hill Senior Living, it still has a beauty shop and space is available for a physician's office, he says.

Each unit is being updated with new carpet, paint, and refurbished bathrooms before residents move in, he says.

Veeder now is focusing on remodeling common areas in phases a few floors at a time. The first such phase, which is scheduled to be completed in time for the open house in June, will include the ground floor, where the entire lobby will have new paint and furniture, and new flooring will be installed in the dining room. Two ground-floor activity rooms, to be updated and called the Cooper Room and the George Room, also will be dedicated during the open house, he says.