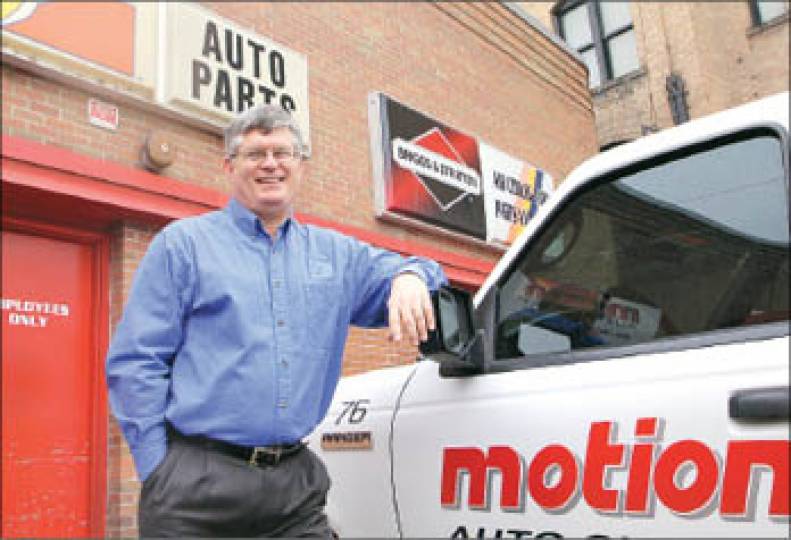 In basic terms, most Americans have an individual mandate starting next year to carry health insurance or to pay a penalty under the Patient Protection and Affordable Care Act. Many employers also must meet compliance rules regarding employees' health benefits or potentially face fines.

"Like any difficult business decision that carries significant financial impact to both the company and the employee, I'd be analyzing this right now to make the best decision," says Mark Patrick, a principal with the Spokane-based Moloney+O'Neill insurance and employee-benefits brokerage.

Employers have a few months to make benefit decisions before this fall, when Patrick says benefits enrollment typically begins. The fourth quarter also is when new state insurance exchanges are expected to begin operating, including one for Washington called Healthplanfinder that's scheduled to begin enrolling people on Oct. 1, its website says.

For smaller employers with fewer than 50 full-time equivalent employees, the most basic decisions are whether to offer health benefits and, if so, whether to offer that coverage through the state insurance exchanges or under more traditional plans.

The state exchanges, including the one being established in Washington, will be paired with federal subsidies for lower-income people. Under the concept, the exchanges will ensure that participating private insurance carriers provide state-regulated and standardized health-care plans to small employers and to individuals, regardless of pre-existing conditions.

Larger employers with 50 or more full-time equivalent workers will owe penalties if they fail to offer health care coverage for all of their full-time employees, who are defined under the act as people working 30 hours or more a week. The threshold could sweep in workers who weren't offered health benefits before, because in many places, a full-time employee is defined as one who works 40 hours a week.

For some larger employers, the penalties may be lower than the typical cost of providing insurance. However, employers also are measuring that against the tax credits gained from providing employer-sponsored health plans, as well as employee retention and how they can help workers hold down premium costs, Patrick says.

The decision that larger employers face often is described as "play or pay" in its employer-shared responsibility. To avoid penalties under the reforms, companies that offer an employer-sponsored benefit plan must provide what's considered minimal essential health coverage, such as hospital and doctor visits. It also requires that the plan is affordable to participants, Patrick says.

Heidi Eckel Alessi, a Seattle-based partner with K&L Gates LLP's benefits and compensation group, says business owners need to understand the new compliance rules and cost impacts. Companies that employ a lot of part-time workers also need to do a full-time-equivalent calculation and accurately record hours, such as when an employee hovers near 30 hours a week, she adds.

"You have to know if you're really a large employer or not, and it's based on full-time equivalent," Alessi says. "There's an analysis you have to go through, and you have to document that. It may be 2016 or 2017 when the IRS is at your door saying, 'Prove to me you weren't a large employer in 2014.' There are a lot of administrative procedures for records that back it up."

"We're fairly convinced we won't be able to handle insurance benefits and administration as we have in the past," Trudnowski says, regarding the health benefit reforms that start next year. "We'll have to hire someone, a third party, just to handle all the administration and employee notifications."

Trudnowski adds, "We don't want to miss a deadline or notification, because there are penalties on every level of this."

"Our little company will pay out over $600,000 in premiums, and the increase this year was about $91,000, so where is the money going to come from?" he says. "The benefits won't go away. We'll find a way to keep offering them, but right now, I can't tell you what we're going to offer."

Patrick says a new provision for employers requires that benefit plan costs to the employee be considered affordable, with the threshold based on a percentage of income, or the business could face penalties.

"If the cost is less than 9.5 percent of their W-2, then you'd be considered charging them appropriately," he adds.

To avoid penalties, employers also must provide a plan that pays for at least 60 percent of covered health services for a typical population, he says. The federal government still needs to complete details about the levels determined to meet the 60 percent threshold. However, employers will have to meet minimum requirements for covering hospital and emergency care, physician and mid-level practitioner care, pharmacy and lab work, and imaging, among other basic medical services.

Overall, many employers are evaluating what it will cost to provide affordable health plans next year. Companies that already have been offering health benefits may see their costs go up as workers who had opted out of such plans in the past decide to enroll in them because of the individual mandate.

Workers enrolled in employer-sponsored benefit plans can pay their portion of premiums with pre-tax dollars, and for some moderate- to higher-income workers, the cost to buy insurance on their own is expected to be higher, Patrick adds.

"I think a lot of employers are going to try to keep their health benefit plans," he says. "Many employers may find that the cost isn't that much different once you apply the tax credit. Every employer is different."

If a larger employer opts out of providing benefits, the penalty is $2,000 per full-time employee per year, he says. The penalty could be $3,000 per full-time employee, if the employer is offering benefits but fails to meet the affordability benchmark or the minimum essential benefits of 60 percent based on the government-imposed standards. Some of the per-employee penalties include exclusions for the first 30 workers.

For smaller employers with under 50 workers, one action could be to opt out of providing health coverage altogether, Patrick says, as employees will have new coverage options under the exchange.

"You could drop your insurance plan if you want to without penalty," he says.

Patrick says that for some small employers that have a high number of low-wage earners, it may make sense to drop a health plan before the end of the year so that the workers can qualify for a government subsidy, if they don't have employer-sponsored insurance as of Jan. 1.

"However, I don't see that as being the predominant strategy for most employers," Patrick says.

The subsidy covers people with income of up to 400 percent of the federal poverty level. Residents in Washington with incomes up to $44,680 for an individual and up to $92,200 for a family of four will be eligible for savings on their insurance premiums that are scaled to income, a Washington exchange website says.

Patrick adds, "The individuals who qualify for federal subsidies are probably better off buying through the exchanges than they would anywhere else if they qualify. Then there are individuals who are better off on employer-sponsored medical plans, because the individual coverage will get more expensive."

Boise-based Havenwood Caregiver Services, doing business as Havenwood Home Care, has a Spokane office and about 85 employees here, says co-owner John O'Keeffe. The Boise office has about 80 employees. He says the company's employees work mainly part time or intermittently, depending on clients' and caregivers' needs.

"We will be considered a large employer by the FTE calculation," O'Keeffe says. "Our FTE is between 60 and 70, so we're just over the 50."

The company hasn't provided health benefits before, O'Keeffe says, because it couldn't find affordable minimum health coverage for its variable workforce. However, the company will have to offer a health care plan under the health care reform act, or pay a penalty, he says.

"Right at the minute, we haven't been able to find any affordable minimum coverage health insurance offerings that aren't substantially more than the penalty we'll have to pay," he says. "That means the track we're on right now, I believe we'll be paying the penalty and not offering the health insurance."

Overall, he says that companies nationwide with a large number of part-time workers likely will "manage the penalty" by trying to have fewer full-time employees.

He adds, "Most likely, we'll change how we manage our operation to have more part-time people and fewer full-time people, but that's something we're working through."