Construction timeline said dependent on supply chain, but could start in March 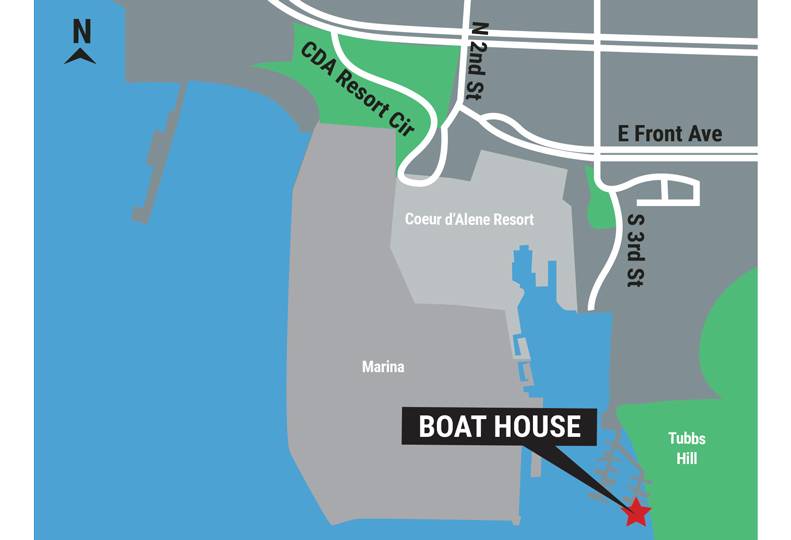 The Coeur d’Alene Fire Department is building a boathouse for its fire boat at the foot of Tubbs Hill.

Fire Chief Kenny Gabriel says the project will cost about $450,000.

“A lot of it is due to the engineering that has to go into a very specialized anchoring system for the docks, and that comes with quite a price tag,” Gabriel says. “It has to meet the same standards as any building that houses emergency vehicles.”

Gabriel says the department’s fire boat had been based at the Kootenai County Sheriff’s Office Marine Division boathouse at Blackwell Island, across the Spokane River from North Idaho College, since the department purchased the boat in its 2015 public safety bond.

However, more than a year ago, the sheriff’s department expanded its fleet and notified the fire department that the fire boat needed to vacate its space.

Gabriel says the fire department wanted to build a structure to house its fire boat near Tubbs Hill, where the department is called most frequently.

“Finding property on the north end of Lake Coeur d’Alene is not a simple thing to do,” Gabriel says. “Working with the parks department, we came up with a plan that was approved by council where we could build … a one-slip boat garage at the very end of the farthest east dock at Third Street, at the marina.”

Gabriel says the 500-square-foot structure will be designed to resemble the Rotary Harbor House at nearby McEuen Park.

“When people look out the windows at the resort, we don’t want them looking at a big old pole barn,” Gabriel says. “We worked with the Hagadone crew while we were designing it and got their approval.”

Gabriel says he hopes to break ground in March. Construction will take up to 100 days, he says.