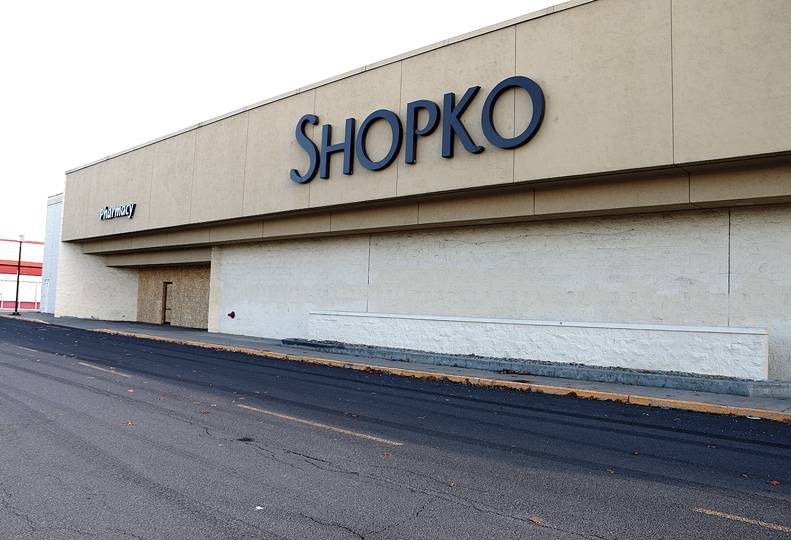 -Virginia Thomas
A California developer is planning a $2 million renovation at the former Shopko building along Newport Highway. The reconfigured building will be called Esplanade at Northpointe.

The former Shopko building at 9520 N. Newport Highway will be reconfigured into three separate commercial spaces for a project called Esplanade at Northpointe.

“The air conditioning, the electricity, the plumbing, everything needs to be redesigned from a single building to suit three individual users,” Johnson says.

Johnson declines to disclose the names of tenants for the spaces. However, documents filed with the city show a national fitness center and two national retailers will occupy the spaces. Renovation work could begin in early 2022, he says.

An additional 10,000-square-foot building could be constructed on the site, Johnson says. However, design work on that structure won’t begin until Rich Development secures a tenant to occupy it.

A contractor hasn’t been selected yet for the Esplanade at Northpointe project, Johnson says.

Shopko vacated the building in 2019.

“We’re excited about rejuvenating a space that has been vacant for quite a while,” Johnson says.

Just north of the former Shopko, the Target store at 9770 N. Newport Highway will undergo a few updates, says Elle Reinhard, design associate at Seattle-based MG2 Design. MG2 is the architect on the project.

“Targets around the country occasionally receive remodels to make sure they’re up to current ADA standards or to elevate the guest experience as well as the areas where employees work,” Reinhard says. “That would be the extent of the remodel, as well as possibly some exterior work.”

The renovation work is valued at about $2.5 million, according to planning documents filed with the city.

Reinhard says, due to construction materials shortages, she’s not sure when work will begin on the project or when renovations could wrap up.

A contractor hasn’t been selected yet to complete the work. The engineer is listed on planning documents as Plymouth, Minnesota-based VAA LLC.