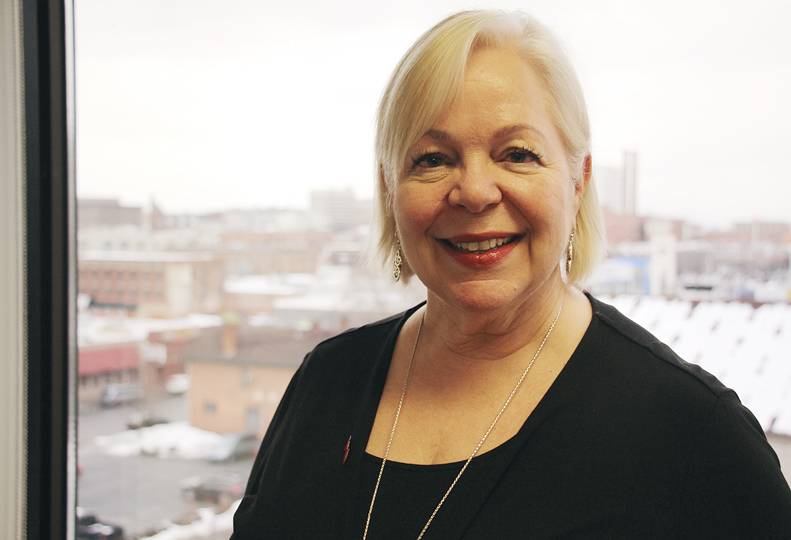 In an increasingly digital world, financial institutions continue to seek new technology that could help them to offer services and communicate with members. For Spokane-based Global Credit Union, that means making sure members can receive information and services no matter where they are — even if they’re deployed to the other side of the world.

Mary Starkey, Global’s chief operating officer and executive vice president, says the credit union was established in 1954 as Fairchild Federal Credit Union and always has served military members regardless of where they’re stationed.

For Global, that has meant creating a more robust online and mobile presence, which Starkey says has been a recent focus for the credit union.

“In the past few years, we have invested and continue to invest in technology to provide our members, wherever they are ... with the very best digital experience they can have,” Starkey says. “We consider our digital branch to be part of a three-legged service model.”

The other two legs, Starkey says, are the credit union’s physical branches and its availability by telephone.

“A lot of (credit unions) are jumping on the bandwagon,” Starkey says. “We’re excited about using that, because we feel like it will give our members another avenue, another way for them to communicate with us quickly and easily.”

Tools that can provide services for members while providing credit unions data about those members are always valuable to credit unions, says Jason Smith, vice president of strategic resources at the SeaTac-based Northwest Credit Union Association.

“It’s an opportunity for them to support their members and continue to deepen those relationships,” Smith says. “Anything that credit unions can do to make that experience better for members, you’re going to see a lot of interest in that.”

Such opportunities to support members and glean information about their needs is vital to Global, Starkey says. The credit union’s online and mobile money management tool is one such example.

“It gives a visual representation to our members of where their money is being spent, and it’s smart, it learns,” Starkey says. “As I do transactions during the month, it categorizes them, but I can go into it and say, ‘That particular item wasn’t travel, that was groceries.’ You’re able to teach it how to look for transactions and where to place them.”

As the tool learns more about a member’s spending habits, it can help Global identify other products and services that could appeal to that member.

“I think that’s more and more important in our industry — gathering together the tools and the resources that allow us to do that better,” Starkey says.

Last year, Global introduced its members to interactive teller machines that connect members with tellers via live video. The credit union installed ITMs outside of four Spokane-area branches and now is considering installing the technology within some of those branches.

“In some of our busier branches, people who have simpler transactions … could walk in and take care of some transactions right there at the ITM,” Starkey says. “We’d then have the advantage of teaching people how to use those inside of a branch.”

Starkey says the vendor with which Global contracts to cover the credit union’s digital needs keeps a close eye on tech trends in the credit union industry as well as emerging technology that could play a role in the future.

“For instance, you could link a lot of your digital branch activity to your home device, like an (Amazon cloud-based voice service) Alexa,” Starkey says of one tech feature on the horizon for credit unions. “So, you could say ‘Alexa, what’s the balance in my Global Credit Union account?’”

Starkey adds, “We haven’t gone there yet; we have some concerns that may be addressed.”