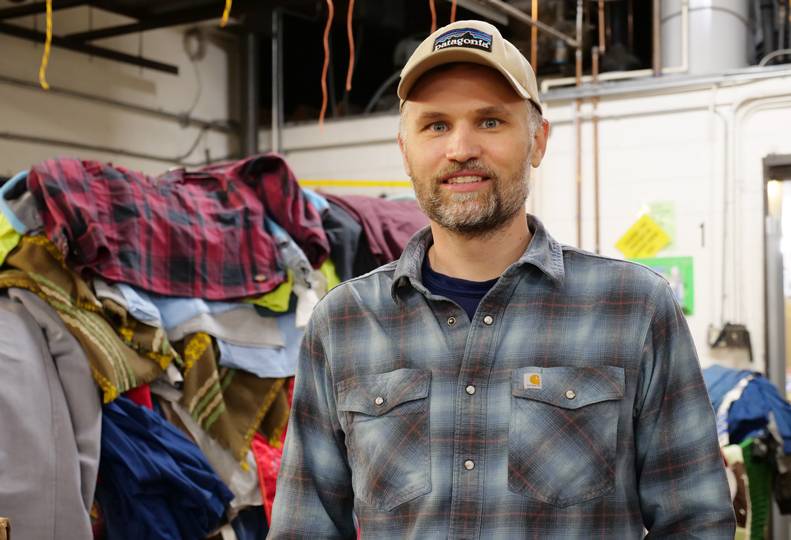 Hendricks says one employee, Farah Ismaiel, currently is handling all trucking for the nonprofit. Ismaiel earned his commercial driving license about three years ago, Hendricks says.

“He came as a refugee from Sudan six years ago,” Hendricks says. “He started out cleaning home goods as a volunteer in our (thrift) store, doing job training. Now, he’s out on the road, driving all over the region. He can make a living wage.”

The organization owns one large truck, as well as a 28-foot semitrailer.

Hendricks says the trucking operation adds another facet to the employment opportunities Global Neighborhood offers. The nonprofit has 37 employees, of whom at least 25 are refugees who have resettled in Spokane. Its operating budget for 2022 is $1.5 million. Hendricks says Global Neighborhood has grown swiftly. In 2019, the organization had 13 employees, and an operating budget of $500,000.

While most trucking companies pay by the mile, Hendricks says Global Neighborhood pays by the hour.

“If there’s a breakdown or a delay at some warehouse in Seattle, you’re just sitting there in the parking lot for six hours. You’re not getting paid,” Hendricks says of some trucking companies. “We’re switching that around.”

Hendricks says Global Neighborhood currently is working to build a local and regional customer base for its trucking operations. The nonprofit will go anywhere within a day’s drive of Spokane, he says.

The nonprofit’s trucking operations began in response to its growing textile recycling program, he says.

“Instead of paying someone else to move this stuff, we can get paid to move it ourselves,” Hendricks says. “But then with all the other days of the week, we can haul just about anything.”

“Our mission is to provide employment for refugees, but one of our core values is taking care of the planet,” Hendricks says. “This checks two boxes for us: Anything we’re getting in the store, we’re helping to prevent that from ending up in the landfill or the dump, and, at the same time, we can hopefully get some value out of it and create some jobs.”

“My understanding is that the majority of clothing that’s purchased in the U.S. ends up going to the landfill,” he says. “We’re trying to get more life into the life cycle of a garment.”

Global Neighborhood partners with the Spokane branch of nonprofit Career Path Services to provide employment to refugees through a program called the Community Jobs Program. Funded through the Washington state Department of Commerce, the program places participants—including refugees—with nonprofits for 20 hours of work a week.

Hendricks says Global Neighborhood expects the number of refugees it employs will increase this year. In October 2021, the Biden administration increased the national refugee admissions target to 125,000 for fiscal year 2022. That’s about four times the number of refugees admitted to the U.S. in 2019, according to the Homeland Security Office of Immigration Statistics.

“We’re expecting a lot more people coming in,” Hendricks says. “We’re getting our job readiness program back up and running. Even in just the last week or two, we’ve gotten three or four new Afghan refugees who have started in our job-training program here. Our goal is to have 20-plus people in that program by summer.”