Contractor to install pipe between 37th and 57th; work may last into 2014 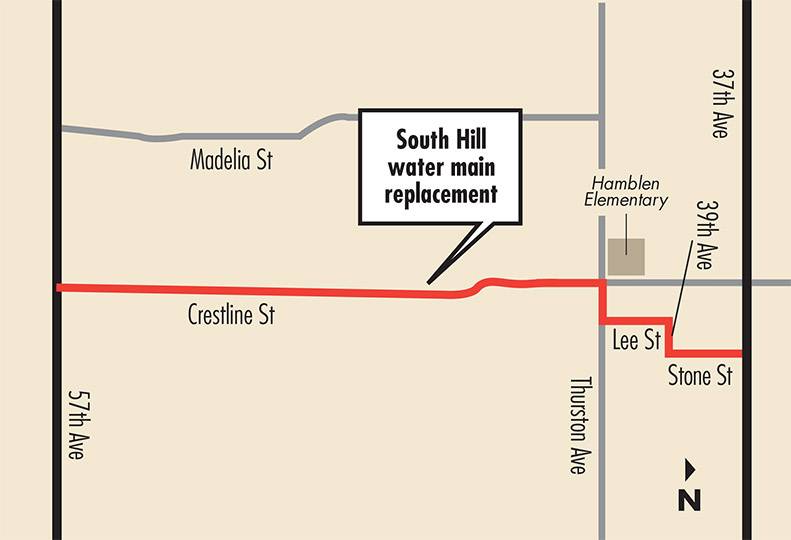 Halme Construction Inc., of Davenport, Wash., is the apparent low bidder on a $2.7 million city of Spokane water project expected to begin this summer on the South Hill, says city spokeswoman Julie Happy.

The project will include replacing existing 100-year-old, 24-inch water main with new 36-inch water main along Crestline Street and a few others between 37th and 57th avenues, Happy says.

The project is scheduled to be completed by the end of the year, but Happy says work could run over into 2014 due to utility work or bad weather conditions.

In addition to replacing the water main, work will include upgrading curbs, sidewalks, and storm drains on Crestline between 44th and 53rd avenues, she says.

Halme's bid came in under the engineer's estimate of $4 million.

The project will be funded through a combination of city water and sewer funds and real estate excise tax proceeds. A portion also will be funded through 10-year street bond program utility match funds, Happy says. Spokane County will contribute to the project, as Crestline Street between 53rd and 57th avenues is outside city limits.

Halme recently was the low bidder on another South Hill water project scheduled to be completed this summer. The contractor will work on a $1.8 million project that includes replacing the Lincoln Heights booster station near Ray Court and 23rd Avenue.