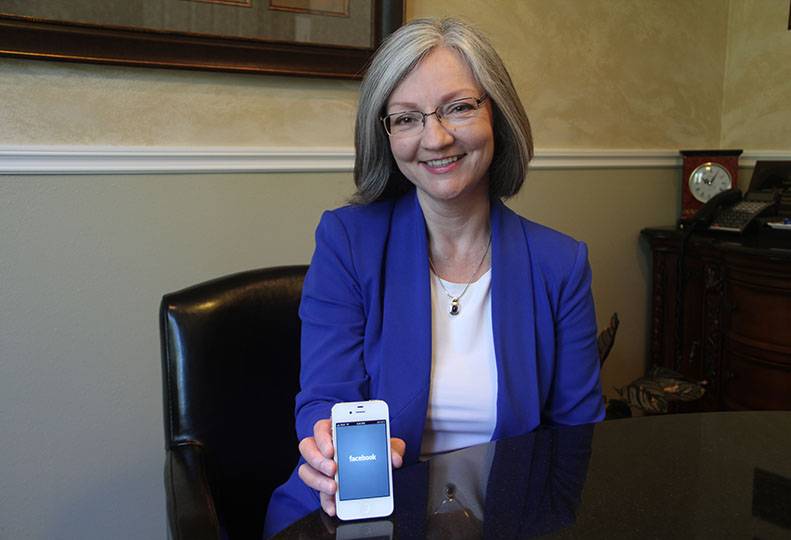 With more people frequenting social media networks, using password-protected online services, and moving to paperless bill statements, the issue of what to do with someone's digital life after death has increased in recent years, law professionals here say.

Stephanie Taylor, a principal at Spokane-based Randall|Danskin PS, says although the subject is gaining momentum, it remains a relatively new and confusing topic.

"It's more and more of an issue, and more of a dialogue we have with our clients," says Taylor, who also is chairwoman of the program committee for the Spokane Estate Planning Council, an organization comprised of financial planners, attorneys, and accountants, among others.

Lynn St. Louis, principal at Lynn St. Louis Law Office PLLC, says the handling of digital assets is a developing area of law, and executors and family members need to be concerned with not only passwords and other encryption, but also privacy laws.

"It's growing, and all the digital technology is becoming part of our lives," St. Louis says.

Rial Moulton, principal of Moulton Law Office PS, of Spokane, says the best thing people can do to make the process easier is to keep an updated document with all online account information.

"The best way by far is to go to every Internet account you have, and write down every login and password," Moulton says. "Write down the security questions so the executor has access to those things."

Particularly with the prevalence of paying bills online, it can be difficult for some executors to figure out what bills are outstanding if the deceased no longer receives paper statements in the mail, he says.

"Five years ago, this wasn't really a real problem," Moulton says. "The baby boomers are getting older, and they're using digital accounts more and more."

Although it's important to keep an updated document of some sort with all login information, Moulton warns that password information shouldn't be included in a will or probate, as both become public record upon death. Along with that, if someone changes their password and it's included in the will, then the document needs to be amended every time it's changed, he says.

Facebook, the popular social networking site founded in 2004, claimed to have more than 1 billion monthly active users as of March 2013, a 23 percent increase from a year earlier.

According to the Facebook site, to remove the account, a family member can submit a request to the company that includes the birth and death certificate of the deceased person and proof of power over the estate. However, if family representatives wish to have access to the contents of the account, such as photos and messages, they would have to submit a court order.

Memorializing an account in essence involves sealing the account, meaning no one can log into the account, and no new friends can be accepted, the website says. However, friends can still send private messages and post on the account's timeline. Both friends and family can request a timeline to be memorialized.

Microsoft Outlook account contents, including all emails, attachments, and contacts can be released to the next of kin on a disc, according to its website. Passwords won't be released, and Microsoft can't transfer ownership of the account to a family member.

Gmail, the popular Google email client, says the process to retrieve an account is lengthy and can take several months, and even then the contents still might not be released. The two-part process involves verifying the identity of the person seeking the content, verifying that the account owner actually died, and the header of an email received from the account in question. The second part of the process involves getting a court order for the account contents.

Taylor says although keeping personal records of login information is important, executors should pay attention to individual terms-of-use agreements for each service. Federal anti-hacking laws make situations even more unclear, she says, since from a legal standpoint, accessing someone else's account could be considered a federal crime. Typically, though, potential criminal charges arise from someone accessing another person's online account for personal gain, such as fraud. She says several states have or are looking at laws to amend those anti-hacking laws to enable an executor to access accounts of a deceased person.

St. Louis says although no federal law exists governing whether powers of attorney or next of kin have a legal right to access digital assets of the deceased, six states have laws that attempt to do just that, and as many as 18 other states are considering related legislation. Idaho enacted such a law July 2011, but Washington doesn't have one at this time, she says.

Taylor says, "We've been watching out for legislation on this. Because this is such a hot topic, I foresee it coming shortly."

Moulton says even with some states having laws addressing how to deal with digital accounts, for some it remains a problem, as companies with global audiences may not have to follow an Idaho law, for example.

"If you think about it from the companies' perspective, especially in the case of an email account where there's a lot of private information, other issues could pop up that the decedent didn't intend the family to know," Taylor says. "There is a lot of potentially embarrassing information contained that the decedent didn't intend for anyone else to see, and that's why proper planning is very important."

National legal organizations are studying this topic to determine if a federal law is needed, Taylor says.

The Uniform Law Commission has formed a committee to draft legislation that would grant trustees or executors of estates access to legally manage, distribute, copy, or delete digital assets.

"They're working on that right now, but we don't expect anything until next summer," St. Louis says. "The laws are intended to provide people guidance and we don't have much in the way of guidance right now."