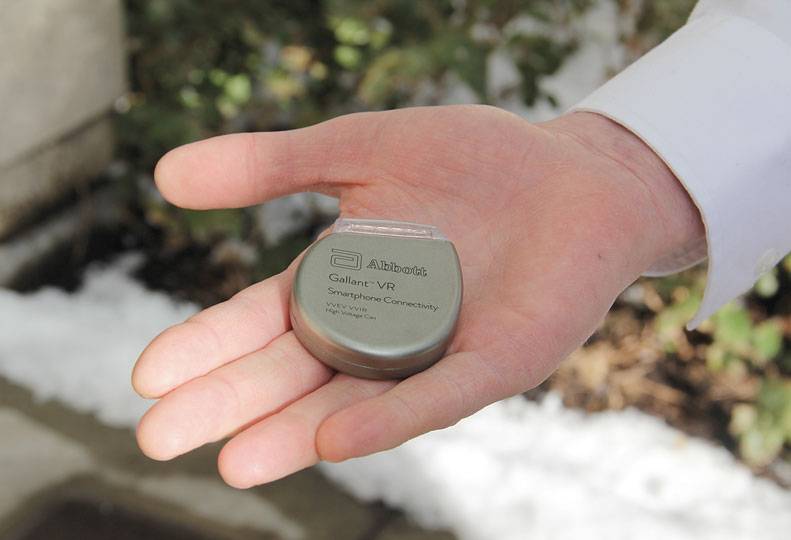 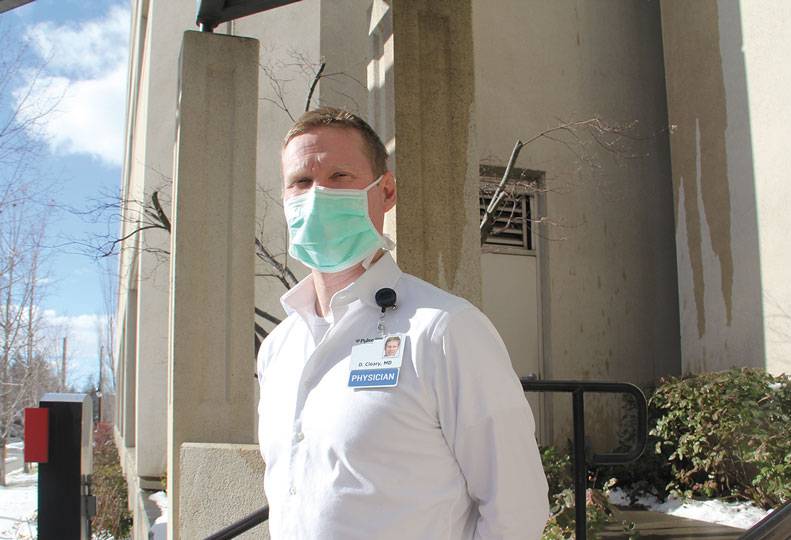 Dr. David Cleary says Bluetooth-enabled implantable heart defibrillators and pacemakers made with cobalt batteries are enabling patients and their cardiologists to keep a closer eye on cardiac activity. The devices typically are implanted in patients who have an arrythmia, a disorder in which the heart beats too quickly, too slowly, or beats irregularly.

“It allows us to really monitor and appreciate all of the passive data that is generated by these devices in real time, as well as active data,” Cleary says.

Passive data is generated when the heart is beating normally, whereas active data comes from an event such as a change in heart rhythm. All of the data the devices collect is automatically uploaded to MultiCare’s cloud servers, where doctors can access the data in real time.

“(The device tells us) that patients are doing great, and we know that almost as if we were right next to them with a monitor hooked up to them,” Cleary says.

Cleary claims that he recently became the first cardiologist in the Inland Northwest to implant a Bluetooth-enabled cardiac device that features a cobalt battery.

“It’s really exciting for the field because this is a marriage of two separate parts of technology development,” he says. “We’re able to have a combination of good device longevity, as well as real-time evaluation for our patient population, which is marvelous.”

Cleary says the advent of Bluetooth-enabled cardiac devices combined with better battery technology is a game-changer. Older cardiac device implants typically were powered by lithium batteries, which had to be replaced every few years. With cobalt batteries, a device can last 12 to 14 years.

MultiCare isn’t the only hospital system in the Spokane area to offer Bluetooth-enabled defibrillators and pacemakers, Cleary says, adding that most cardiology groups have the capability to offer them.

If a patient experiences an arrhythmia, the device can automatically shock the patient’s heart into a normal rhythm, which is said to feel somewhat like a punch to the chest.  The patient can notify their doctor of the cardiac event and the physician can then review the data the device recorded and uploaded.

“We know right away and we can deliver care and communicate with the patient in real time,” Cleary says.

Cleary says the device, which is small enough to fit in the palm of his hand, is implanted in an outpatient procedure that takes a few hours. An electrical lead, or insulated wire, is guided into the axillary vein near the collarbone and then to the heart, where it’s secured to the muscle.

“The other end attaches to the device, which is implanted in a pocket that’s formed underneath the skin and subcutaneous tissue of the shoulder, above the pectoralis muscle,” Cleary says.

After about three hours resting in a recovery room, the patient can go home, he says.

“We work with two of them the majority of the time, but we have the ability to choose any of the devices manufactured by any of the top-tier companies, should we find that that specific device would be the most appropriate for a specific patient,” he says.

After the device is implanted, the patient can monitor their heart via a smartphone app.

“When you get the device, a representative of the company that makes the device walks you through downloading the app, connecting the device to it, and keeping the monitoring on,” Cleary says. “Some patients are really interested in the process of monitoring their heart and seeing what’s going on with their pacemaker. It’s always nice to have patients who are engaged in their health and want to participate in the decisions. The outcomes are typically better when this happens.”

Cleary says the ability to monitor cardiac activity remotely is especially valuable now, when the COVID-19 pandemic has made many patients hesitant to come to a medical facility to talk with their providers.

“To be able to do these things remotely and to be able to have a phone visit as opposed to face-to-face has definitely taken hold in the health care platforms,” he says.

Cleary says that earlier technology wasn’t as seamless as Bluetooth-enabled defibrillators and pacemakers.

Previously, patients would have a monitor on their bedside table. When the device was within six feet of the monitor for a period of time, it uploaded the day’s events, Cleary says.

He says cardiologists were frustrated with that system because it was less transparent. If the patient was away from the monitor for a long time, their cardiologist was unable to download and view the data from their implanted device.

Cleary says he’s not certain what the next evolution of implantable cardiac defibrillators and pacemakers will look like, but Bluetooth technology and Wi-Fi connectivity are likely to continue playing important roles.

Cleary says it’s possible that such devices could soon be able to be recharged without going through the process of removing the device and exchanging the battery. Wireless pacemakers, which don’t have leads that attach to the heart, have been making their way through development and U.S. Food and Drug Administration approval, and are poised for widespread adoption, he says.

“Before (receiving the device), they’d say, ‘I’m passing out or experiencing syncope all the time,” Cleary says. “Now, they can say, ‘I’m not passing out at all, and my device is pacing (my heart) for me.’”