Hospice set to start work on North Side care center 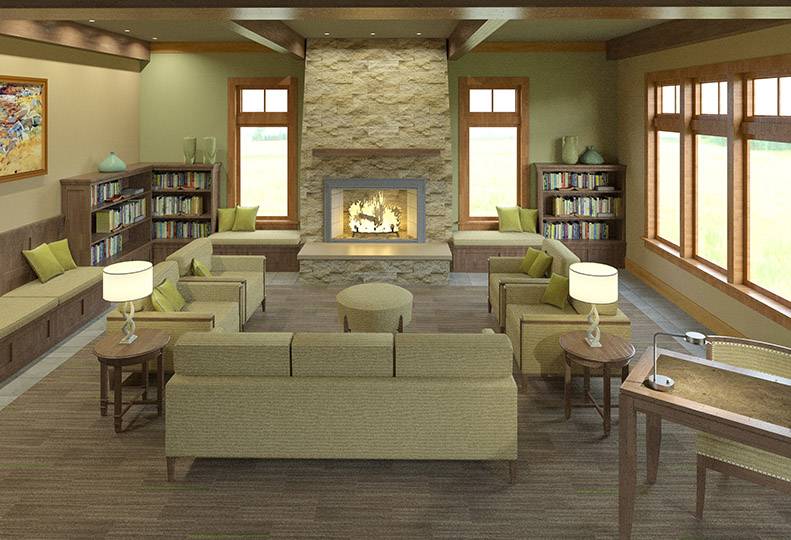 Hospice of Spokane plans to break ground next month on a $5 million Hospice House on the North Side, says Gina Drummond, the nonprofit's CEO.

The planned 13,000-square-foot facility will be located on 2 acres of land Hospice of Spokane owns at 102 W. Rhoades, about a block west of Division Street between the Comfort Inn North hotel and Holy Cross Cemetery, Drummond says.

The facility will open with 12 private patient rooms, but will be designed to be expanded.

"Eventually, we could add eight rooms," Drummond says. "That could be a few years ahead."

Hospice of Spokane expects to begin accepting patients at the North Side facility by this time next year, she says.

Spokane-based Lydig Construction Inc. is the contractor on the project, and ALCS Architects PS, also of Spokane, designed it. The same companies built and designed the Hospice House on the South Hill.

"We're not changing much except minor changes for efficiencies, because we like the South Hill Hospice House," Drummond says.

Hospice of Spokane is preparing to launch community fundraising efforts to help defray initial costs for the new facility, she says.

"We're certainly going to invite the community to participate and help get it built," Drummond says.

Hospice of Spokane was founded here in 1976 to provide medical care, counseling, and support to terminally ill patients and their families.

The agency provides most of its services in patents' homes and in nursing homes. Hospice House is an alternative to nursing homes and hospitals for patients who need inpatient care during the final days of their lives.

Hospice of Spokane operates on a $19 million annual budget and has 160 employees, including 18 employees who work at the South Hill facility.

It likely will hire 18 additional employees to staff the North Side facility, and 12 more employees when it expands, Drummond says. Hospice of Spokane also has 250 active volunteers, she says.

"We continue to grow in terms of numbers of patients in the community," Drummond says.