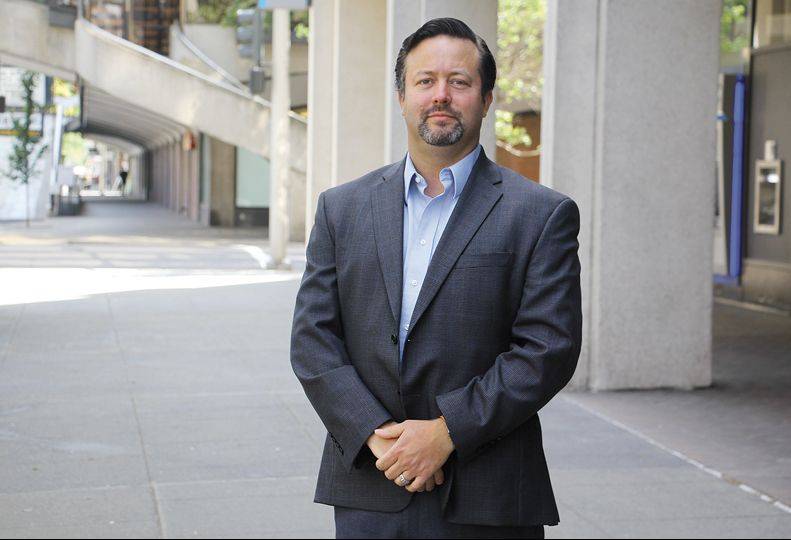 -Natasha Nellis
While this year’s volume won’t meet that of 2019, Kiemle Hagood’s Casey Brazil says the commercial brokerage is experiencing a healthy amount of activity now.

Brokers here say some sectors of the commercial real estate industry have remained strong despite transactions skidding to a near halt as the mandates issued to reduce the spread of the coronavirus rippled through the state and shut down businesses.

And some of the hardest hit sectors are starting to regain traction as restrictions ease, industry experts say.

Commercial real estate investment sales in Spokane are down between 30% and 40%, Jeff Johnson, president of Black Commercial Inc., estimates, while general commercial transaction volume is down an estimated 30%.

Hotels, motels, and other investments in the hospitality sector saw the greatest hits, Johnson says, followed by retailers who were competing with online sales.

Johnson says a nationwide report shows hotels and motels had an average occupancy of 22% at the start of the pandemic. The sector is slowly regaining traction, with a July 2 report showing hotel occupancy is up to 46% nationwide, he adds.

“From what we’re hearing, there will probably be a number of mom-and-pop operators who will have some financial challenges here going forward due to the low occupancy that they’ve been experiencing. I think the banks will probably be taking back some hospitality properties,” he says.

Retailers in essential industries, like automotive and grocery stores, have remained steady, he says.

Multifamily, with the exception of student housing, has remained stable, Johnson says. Black Commercial Inc. has collected 96% of rents throughout the pandemic, he says, and there continues to be a strong demand for multifamily properties by investors.

Student housing, especially in Cheney, has seen upwards of 40% vacancy as students vacated apartments when the schools closed their buildings and moved operations online, Johnson says.

While much is unknown about the near-term future of higher education and the need for student housing, Johnson says he expects to see some backfill in those properties from Amazon workers and others moving to the region to work in the West Plains area. Social distancing measures implemented in dorms also could lead to more students turning to off-campus housing, he adds.

Industrial real estate remains the most stable sector both nationally and in the region, Johnson says.

“That’s driven by a number of things,” he contends. “Nationally, based on internet sales, there’s a need for distribution of goods, so warehousing space is in demand. So, in Spokane, I think it’s a very stable industrial market, and there’s a good, solid demand for investment.”

Over the last 30 days, Casey Brazil, vice president and director of brokerage at Kiemle Hagood, says the brokerage has seen an increase in business, which he says could be a result of pent-up demand built during the shutdown.

Most of the transactions have been sales rather than new leases, he says, adding, “There’s a lot of land that has been changing hands.”

Currently, the largest barrier to sales is the lack of inventory, possibly because a lot of sellers are in a wait-and-see holding pattern, he says.

Despite this, Brazil says there is still strong demand for new retail tenants entering the market. He adds that industrial and multifamily zoned land for development has seen strong demand as well.

For the office sector, however, Brazil says there’s been a shift in the dynamic, with more lease renewals over purchases.

“We’re trying to stay conservative,” he says. “We’re ready to move the dial forward or move the dial back. So much of it is out of our control.”

He adds that he hopes to see the market continue to rebound, but the current pandemic and the upcoming elections heighten uncertainties about the future.

Last year was the brokerage’s strongest commercial sales year, Brazil contends, a lot of which stemmed from a large number of property leases and an increase in the demand for industrial and office buildings.

Craig Soehren, commercial broker with Kiemle Hagood, says interest in potential land purchases for industrial and multifamily developments has been on the rise over the past 24 months.

Land sales traditionally are slow in the Spokane area, but Soehren says he’s seen significant upticks in recent months, especially near the airport on the West Plains and near Barker Road, in Spokane Valley.

Currently, the commercial market is mirroring its residential counterpart, with low inventory leading to multiple offers on individual properties.

“If you have a property that has good tenancy with long-term leases, you’re now seeing situations where you have multiple offers, which is kind of a unique situation,” he says. “Here in Spokane, historically, you don’t see that.”

The Spokane market historically has been steady, largely avoiding the big swings that are seen in larger markets like Seattle, he says.

“We’re having a phenomenon similar to what we saw in 2006 and 2007, where we are getting significant investor interest from outside the area, in particular from Seattle, the I-5 corridor,” he says.

Those stronger markets mean those investors often face more aggressive pricing, and investors turn to Spokane because they can achieve higher yields on their investments here, he contends.

The challenge, however, is the relatively low number of investment-grade properties on the Spokane market, which only has been exacerbated by the coronavirus, he says.

Commercial property owners who have premium properties that are producing good profits are less likely to be willing to sell right now, making the in-demand sectors, like industrial, office, and retail harder to find, Soehren explains. The low inventory also means that sellers will have a harder time reinvesting in another property if they do sell, he adds.

“We’re bullish,” Soehren says. “We just wish we had more stuff to sell.”

Leading into 2020, some brokers here anticipated a slowdown in commercial investment sales would come as changes to the real estate excise tax took effect.

Changes to the real estate excise tax, or REET, implemented on Jan. 1, include a graduated state rate structure on real estate sales, with exceptions for agricultural land and timberland, as well as updates for controlling interest transfers.

The previous state tax rate was 1.28% on all real estate sales, and agricultural and timberland sales remain taxed at that rate. Unincorporated Spokane County and most cities within the county levy an additional 0.5% tax on real estate sales.

Johnson contends most commercial real estate investment transactions in Spokane are under $3 million, so the impact of the tax changes on sales has been minor.

“In fact, I think 90% of the deals in the state are under that threshold, so I don’t think it has had or will have a significant impact on people selling,” he says.

Brazil says he expected that surge would be followed by a significant slowdown in sales after the start of the year. That slowdown didn’t happen, however. Instead, the company saw one of its strongest first quarters, with double the amount of sales compared with sales in the year-earlier quarter, he claims.

“One thing about Spokane, where our price points are, there is a limited number of transactions that were affected by (the REET changes),” Brazil says.