Sales increase despite historic dip in number of available houses 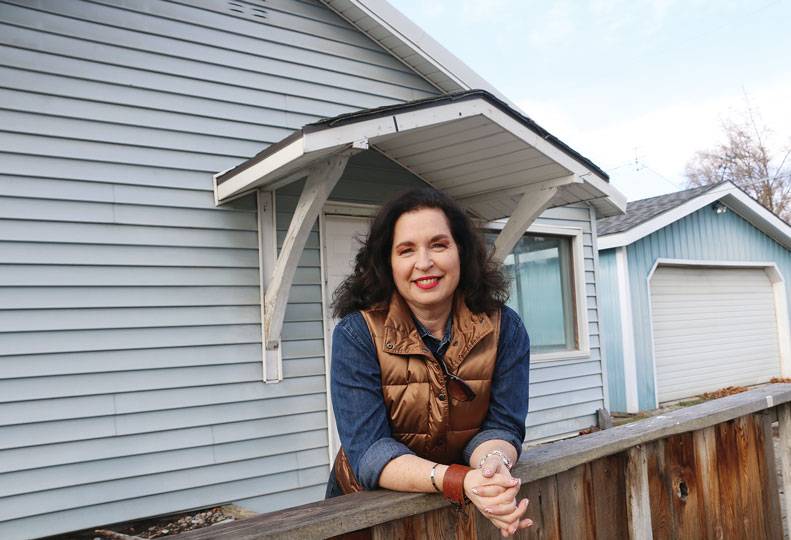 Despite the arrival of COVID-19, the 51-year-old Stanton says she’s busier in real estate now than all of 2019 – and not because she’s in it full time.

“My lender has told me that her volume for loan applications is four times what they were last year,” Stanton says.

And this is despite the fact the Spokane Association of Realtors November report shows the inventory of homes for sale in Spokane County is down to 335 properties, a scant two weeks’ supply of homes.

In November 2019, 757 homes were listed for sale through the Spokane Multiple Listing Service, just over a one-month supply of homes, according to the association’s statistics.

Meanwhile, the number of single-family homes sold through the association’s Multiple Listing Service for the first 11 months of 2020 totaled 7,387 compared with 7,295 during the year-earlier period, the association reports.

“It’s true there’s very little inventory right now,” Higgins says. “But we still anticipate the next couple years to be strong in the Spokane market.”

With a little more than 2,300 members in the Spokane Association of Realtors, and a 2019 estimated population of 522,798 residents in Spokane County, Spokane County has one Realtor for every 224 residents, Higgins says.

Statistics compiled by Washington’s Employment Security Department, however, list real estate agent as a profession that currently is “not in demand.”

Based on current housing market trends in Spokane County – which include a lack of foreseeable long-term housing inventory – ESD projects a 1.8% growth rate for real estate agent jobs through 2028, according to its last report issued Nov. 23.

ESD’s projections for Spokane County mimic those throughout Washington state, where ESD expects average annual growth rate among real estate agents will be 1.6%, according to the report.

In Spokane County, the average annual income for a real estate agent is $61,419, according to ESD.

Despite going into a profession considered not in demand, Stanton, who spent most of her professional career in social service work for nonprofit organizations, and a brief stint with ESD as well, says she’s optimistic about her future in real estate.

She thinks low mortgage rates and the psychological effects of the virus will continue to enhance homebuyer interest.

“When you have things that are unknown in the economy … pandemic, bad unemployment, I am of the mind that the only thing that brings people peace and joy is the sanctuary of their home,” she says. “That’s where they know they can control things.”

Similar to Stanton, who departed a government job, 41-year-old Joel Blockman now is a real estate agent for Selkirk Residential Professional Realty Services. He too decided to make a change in careers in the middle of 2020.

A 2009 Gonzaga University alum with an undergraduate degree in sport management and a minor in public relations, Blockman worked from 2011 to 2019 as a recreation program manager for the Spokane County Parks & Recreation Department.

Blockman says he decided to change professions, feeling the need to “push himself.” He also feels confident in his ability to become a successful real estate agent.

“I thought about it because I enjoy people, and I wanted to be my own boss,” Blockman says. “There were so many people that I was able to meet through sports that I was pretty confident that through my database of folks I knew, and through the training and mentorship through Selkirk, that I can make this happen,” he says.

However, Blockman says it wasn’t easy getting started in his new profession.

“People are used to you being something else,” Blockman says. “It wasn’t easy the first few months, but it’s starting to take shape and to start rolling for me.”

He’s helped close a couple of residential deals, is in the middle of one right now, and is scheduled to post his first residential listing in January, he says.

“Right now, every day I wake up broke, but the backbone of real estate is that even though I enjoy talking to people – I love to help them,” he says. “I’m seeing what the future is going to bring … and it looks bright.”