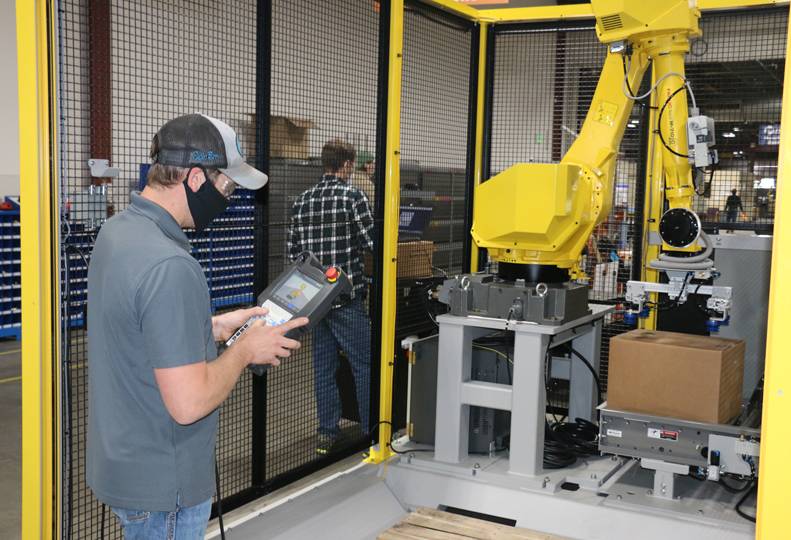 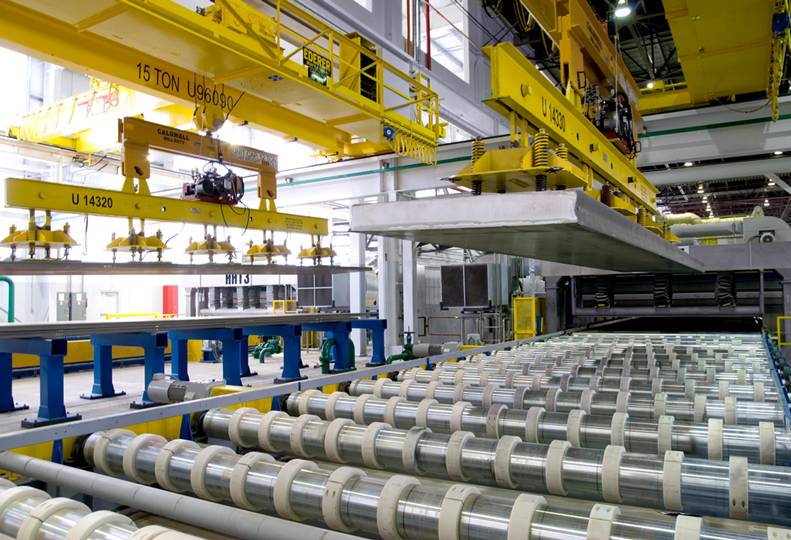 Several Spokane-area manufacturers say most of their employees are in environments where being at a distance from each other has been the norm because of already established workplace configurations.

Manufacturing, they say, often entails working in tens of thousands of square feet of space where workers are performing with automated equipment and, as a result, aren’t clustered together.

Despite the safe working distances in place, however, many of the region’s largest manufacturers say they’ve taken additional steps to keep workers safe amid the coronavirus pandemic.

Most of the company’s 250 employees are working remotely, and Senske estimates the West Plains-based maker of packaging equipment has about 100 employees on its production floor daily.

By staggering employee work shifts, Senske says Pearson can limit the number of employees participating in production activities to between 50 and 60 at any one time.

“In totality, our population density on the production floor has always been pretty low,” Senske says.

Still, mandatory social distancing protocols have been established requiring Pearson employees to stay six feet apart from each other. Employees must also wear face coverings on the production floor at all times, he says.

Hand sanitizing stations are more abundant. Equipment and tools are wiped down often during the course of the day, and there are now only two points of entry into the facility, Senske says.

Every employee entering and leaving the building now is required to have his or her temperature checked. Anyone measuring a temperature above 100 degrees Fahrenheit isn’t allowed to enter the building. That hasn’t happened to date, Senske notes.

Every Pearson employee must log each health attestation in their online company employee portal, which includes up to a dozen questions related to the employee’s health and the conditions of those around them, he says.

The company also operates a 60,000-square-foot facility in Ashland, Virginia, which also is following the protocols used at the Spokane plant.

“These are practices that we’ve put in place for an indefinite period of time,” Senske says. “This could be in place 18 months ... maybe even two years.”

So far, Senske says employees have been “incredibly cooperative” since the added safety measures were put in place.

“Our view is that this is a courtesy to your co-workers,” he says. “It’s an inconvenience that we believe is very worthwhile.”

The Kaiser Trentwood plant has 950 employees working in its Spokane Valley complex, located at 15000 E. Euclid. The company produces aluminum plates and sheets for aerospace and general engineering aluminum application in the global market.

When Kaiser officials began seeing news of COVID-19 spreading outside of China in early February, the company began discussions with the United Steelworkers local and formed a task force to develop plans to address the potential impact on operations, England says.

“Among the procedures and protocols we implemented are social distancing, regular scheduled cleanings of work and break areas, supplemented our janitorial staff, reinforced frequent handwashing, and stocked up on various safety supplies,” England says.

Kaiser also worked with a local vendor to produce masks for all employees, he says.

England says social distancing is the key to the company’s plan. Operating around the clock, the company can create multiple shifts distributing employees across its schedule.

“The health and safety of our employees is, and continues to be, our first priority,” he says.

Kaiser’s massive Trentwood plant has more than 60 acres under roof with operating equipment located throughout the complex, he says.

Founded in 1946, Kaiser has 12 manufacturing facilities in the U.S. and one in Canada. The company’s headquarters are located in Foothill Ranch, California.

Larry Coulson, CEO of CDA Metals, at 3900 E. Broadway, in Spokane, says the 136-year-old company has every intention of surviving the COVID-19 pandemic.

CDA Metals is a full-service metals forming and supply company that carries a wide range of materials and can process them to customer specifications.

The company has a total of 110 employees, most of whom are based at its Broadway plant, he says. With staggered shifts during the course of the day, and spread across 120,000 square feet of factory space, Coulson says he isn’t worried about employees in confined spaces.

“It’s not been a problem at all maintaining safe distance here,” Coulson says. “Larger manufacturers are going to have employees working on large machines. The large machines keep you separated from each other.”

Deemed an essential business, CDA Metals continues to operate and hasn’t had to furlough any employees thus far, Coulson says.

Though work orders were strong through mid-April, Coulson says he’s seeing a noticeable slowing of business.

“It’s like being the captain of a ship sailing in the fog,” he says. “It’s wonderful we are open. But being open doesn’t do you a damn bit of good if many of your customers are closed.”