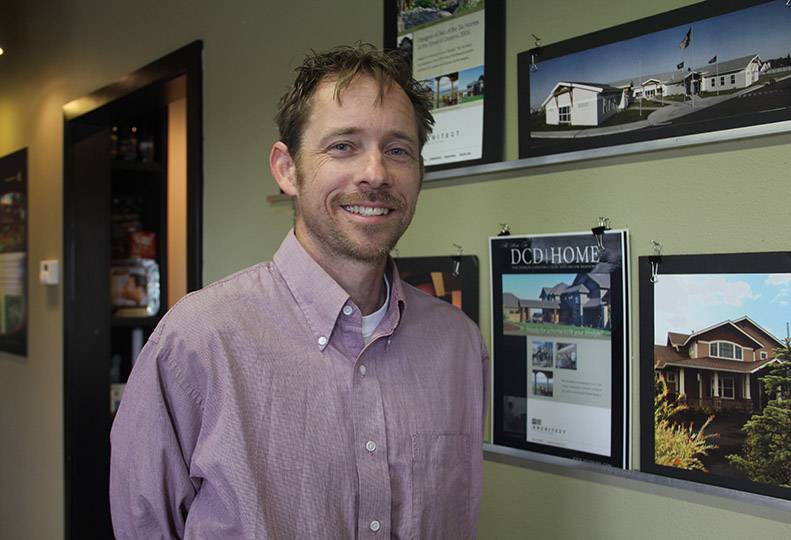 Mark Latham, founder and president of ML Architect & Associates Inc., says he's seeing a surge in multifamily housing work at the Post Falls firm, which currently is working on nearly 300 units of housing across the Inland Northwest.

So far this year, Latham says, ML Architect's projects have been split evenly between custom single-family residential, multifamily, and commercial, which he says is a shift from previous years, when home designs dominated the firm's workload.

ML Architect is working on four multifamily projects with a total of 270 units, a number that Latham says is significantly higher than what the firm typically handles. He says on average the firm will design one or two projects with six or eight units within a year.

Latham says that conservatively, revenue at ML Architect is up 20 percent so far this year compared with last year, breaking a four-year trend of seeing flat revenue at the firm. He attributes that increase to demand for multifamily housing.

"We'll see if it lasts, or if it's a short spurt in demand," Latham says. "No one really knows."

The firm does business out of a 1,200-square-foot office at 444 N. Bay that it's occupied since it began operating in 2004. ML Architect specializes in single-family custom residential, multifamily, and what Latham describes as community commercial projects. Those include restaurants, banks, and church-related projects in Post Falls and Coeur d'Alene.

The firm has been working on the design of 42 units in Pullman, a project that's estimated to cost about $5 million; an $8 million, 85-unit complex in Coeur d'Alene called Apartments at Mill River being developed by Copper Basin; and roughly 130 units at Cottages at River Run near the Spokane River in northwest Spokane, estimated to cost $14.5 million. It's also working on the design of two six-unit complexes that together are to be called Riverwalk North and are to be developed north of the Riverwalk Plaza, at 1003 E. Trent.

He says Riverwalk North is scheduled to go to bid in the next month. Both the Pullman and Mill River developments are under construction, he says, and construction on Cottages at River Run is expected to start in the next two months.

"I think there's a demand for good units," Latham says. He attributes the uptick in multifamily work to developers trying to appeal to a younger, college-age group that wants newer, more energy-efficient living space.

Riverwalk North, ML Architect's newest project, is being developed by MGD@GU LLC of Spokane, and the design firm is partnering with Spokane-based Blue Room Architecture & Design PS. That project includes constructing two two-story buildings with attached garages. The first floor of each building includes two living units and six garages, with an access hallway for residents. The remaining four living units of each building will be located on the second floor. Latham says all units will have two bedrooms and will have individual furnaces. MGD@GU is owned by Spokane developers, Mark Baier, Dave Birge, and Gavin Swenson.

"I think this stuff will lead to a little bigger and better apartment," Latham says of the future development.

Other projects ML Architect has worked on include a 20,000-square-foot, roughly $2.5 million multipurpose building constructed last year for Silver Lake Camp & Retreat Center in Medical Lake and a 10,000-square-foot facility for the Boys & Girls Club of Kootenai County that cost $1.3 million to build and was completed last year.

With the firm based in Post Falls, Latham says its location can be a challenge when trying to garner work in Spokane. He says working with Blue Room Architecture on projects has helped to some extent, but that most of ML Architect's design work is in the Post Falls-Coeur d'Alene area.

He says design work mirrors the economy, and when the recession hit, his firm's residential design work declined as people cut back on spending. He says shortly after that, commercial design work began to dry up as well, although the firm started to see demand for custom residential work pick back up.

"The last couple of years, we limped by in residential," Latham says. "Multifamily and commercial were dead."

"I don't think anyone feels confident, but you're not seeing that fear anymore," Latham says.

He says the recession impacted contractor bids on residential projects as well. He would see projects go to bid, and ML Architect would have to alter the design to come in under budget.

"The worst thing that could happen is you design a project, and it gets priced out, and it's over budget," Latham says.
Of the firm's multifamily design work, Latham says, "It's hard to design within parameters, and with apartments, there are really tight parameters."

Although the firm operates predominantly in the Inland Northwest, Latham says about 10 percent of its business comes from projects in Kansas, where Latham is from originally.

Latham attended high school and college in Kansas before moving to the Inland Northwest in 1997 after earning a master's degree in architecture from Kansas State University.