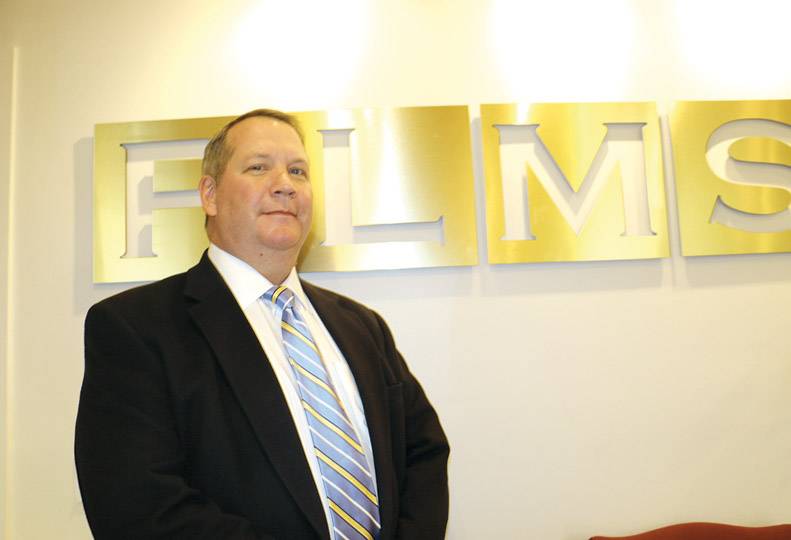 Most businesses have some form of liability insurance, but when they’re sued, they often don’t think to check their policies to see if they might be covered, says Brian Sheldon, a principal at Spokane-based Phillabaum, Ledlin, Matthews & Sheldon PLLC.

“From what I’ve seen, when businesses get involved in some type of litigation, they don’t automatically think, ‘Do I have insurance coverage for this?’” Sheldon says.

Sheldon says he also often sees businesses not reviewing their policies until late in the litigation process.

“First of all, there’s the mindset that, ‘If I report a claim, premiums will go up,’” he says. Also, sometimes policyholders get misinformation from others about what their policies might cover, Sheldon says.

“But, primarily what I focus on is insurance coverage disputes, representing the plaintiff, or the policyholder,” he says.

The situations surrounding coverage disputes vary, depending on whether they involve personal or commercial claims, Sheldon says. In general, however, his clients are trying to get adequate compensation when an insurance company is balking at a claim.

“On the personal side, it could be something like your house burns down and the insurance company is resisting payment,” he says.

On the business side, a dispute could arise when a company is being sued and the insurance company is refusing to provide a defense or indemnification, Sheldon says.

Businesses usually have some form of what’s known as a commercial general liability policy, Sheldon says.

“Most businesses will want some form of liability protection,” he says. “If they own property, they’ll cover the building itself … there’s usually various forms of protection for individuals or officers. Policies would cover their personal liability to shareholders or clients.”

“So if a business commits some form of a wrongdoing, the insurance company will, one, provide a (legal) defense if there’s a lawsuit, and two, provide coverage for any damages,” he says. “Those are two distinct coverages within the policy.”

Sheldon says the insurance company’s duty to provide a defense is important for businesses, because litigation can sometimes be extremely expensive.

“Sometimes the cost of the defense can be more than the business is being sued for,” he says.

Businesses should review their policies thoroughly, Sheldon says, and get legal help if they don’t understand anything.

“There have been instances where a company has been in litigation for years, and suddenly, something triggers them to look at insurance, and they’re actually covered,” he says. “Then it gets messy.”

The cost of commercial insurance policies varies greatly, Sheldon says, depending on the plan, the industry, the size of the business, and the insurance company.

“Another thing about commercial policies, they’re usually sold in a package that meets the business’ needs,” he says. “There will be a lot of endorsements for the particular kind of business they’re doing.”

Endorsements, which are kind of like amendments to a policy, can include employee disputes, personal injury or defamation lawsuits, and some more unusual things, Sheldon says.

“I represented a seed company that had an endorsement for selling the wrong type of seed,” he says. “The insurance (company) didn’t notice that endorsement and denied coverage (at first).”

Businesses should be sure to read their policies thoroughly and know all their endorsements, Sheldon says.

“Sometimes the insurance company doesn’t consider the endorsements; they just look at the (main) policy and send out a denial,” he says.

If such a mistake is made, the policyholder should contact the insurance company, Sheldon says. They don’t necessarily need a lawyer, but coverage denial letters sometimes can be hard to understand, he says.

“When an insurance company issues a denial letter, it’s not just, ‘Sorry, you’re not covered,’” he says. “It’s usually 10 to 15 pages, quoting from the actual policy. It looks very official and correct.”

However, if the policy is unclear about something being covered, the insurance company has to cover it, Sheldon says.

“The law says that the insurance company gets to write the policy, but if there’s any ambiguity, it errs to the side of the policyholder,” he says.

Something that often isn’t covered by a general insurance policy is contractual disputes, Sheldon says. But again, it depends on the policy.

“The way some policies are written, some contractual disputes can be covered,” he says.

For example, the case involving Sheldon’s seed company client that sold the wrong type of seed and then was sued by the buyer could be classified as a contractual dispute, he says.

“The policy had a seed merchant endorsement (specifically) for selling the wrong type of seed,” Sheldon says. “So what was really a contractual dispute become covered under the policy.”

Sheldon says he recommends businesses review their policies any time a claim is made against them, even if coverage is denied.

“Don’t necessarily assume the initial coverage denial is correct,” he says. “Or, the facts may change as you go along, which may re-trigger defense or indemnification.”

Sometimes complaints are amended to include something that is covered by the policy, Sheldon says.

Another aspect businesses should be aware of is that coverage can be denied for late notification of a claim, he says. However, it’s difficult for an insurance company to use late reporting as the entirety of the reason to deny coverage, Sheldon says.

(The insurance companies) have to show there was some prejudice … that some evidence has been lost or destroyed because of the late notice. That may be cause for a denial.”

Sheldon says business also should be aware of the Insurance Fair Conduct Act, which took effect in late 2007.

“If an insurer ‘unreasonably’ denies payment of benefits, the policyholder can collect legal damages and attorney fees,” he says. “The attorney fee shifting (to the insurer) is very important to policyholders because litigating with insurance companies is a very expensive process.”

Sheldon began working as a law clerk for Phillabaum, Ledlin, Matthews, & Sheldon in 1999, he says, and began practicing law in 2002. He was made a partner in 2004. He also is an appointed mediator for the Washington state Office of Insurance Commissioner for Market Conduct, meaning he mediates disputes between the agency and insurance companies that have been sanctioned.

The firm offers legal services in a range of areas, from criminal to civil law, estate planning, real estate, and employment law.

“We try to have someone that can do anything our clients need,” Sheldon says.