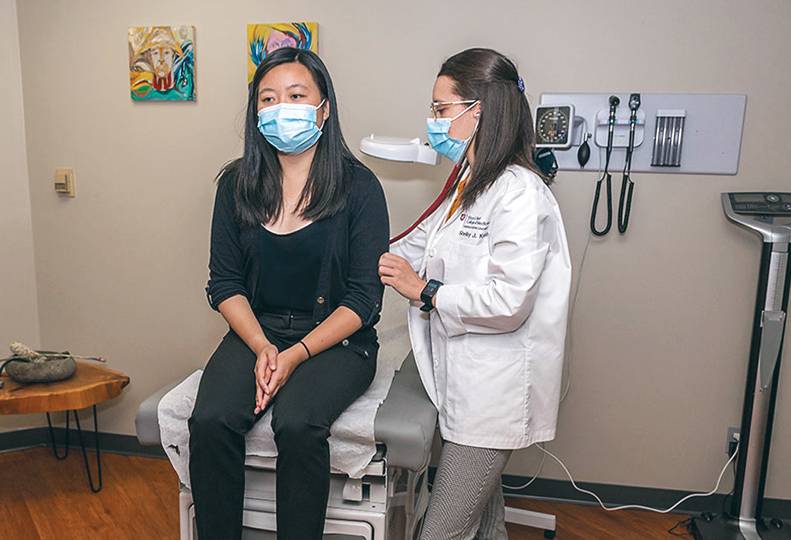 The project, which likely will be completed in 2023, is funded through a $250,000 grant from Bank of America as part of the company’s focus on advancing racial equality and economic opportunity. In recognition of the funding commitment, the space will be named the Bank of America Indigenous Clinical Simulation Suites.

“Bank of America is investing in a future where our health care workforce will begin to eliminate health disparities through culturally centered knowledge and practices that counterbalance western views, instead of perpetuating them,” says Naomi Bender, director of WSU Spokane’s NAHS program.

Students and clinicians will gain a holistic view of care with the help of Native American instructors in medicine, nursing, pharmacy and allied health, and areas of traditional healing perspectives, Bender says.

The clinical simulation space will enable students—both indigenous and otherwise—to learn about indigenous health and wellness from Native American healers.

Kurt Walsdorf, Bank of America market president for Spokane and Idaho, says, “This program is creating pathways for Native American communities by reimagining both education and patient care in a way that is uniquely influenced by those it will serve.”

Walsdorf says the bank’s partners at NAHS are providing a strong curriculum “that tackles health disparities for tribal communities in the Pacific Northwest and beyond, while also developing a diverse future workforce.”

Additionally, NAHS is developing a 12-credit Interprofessional Indigenous Healing Perspectives certificate that will use the clinical simulation wing to advance cultural safety practices in medicine.

The certificate will be available both in-person and online for learners across the nation.

With this grant, NAHS also aims to provide support, space, training, collaborations, and other work with tribal communities across the nation.

This is the second recent collaboration between WSU and Bank of America. The first involved a $250,000 grant to help launch Spinout Space in Spokane, also known as sp3nw, a new life sciences incubator that assists startup companies.