Numerica Credit Union branch to be built at Five Mile

Four houses on project site will be relocated 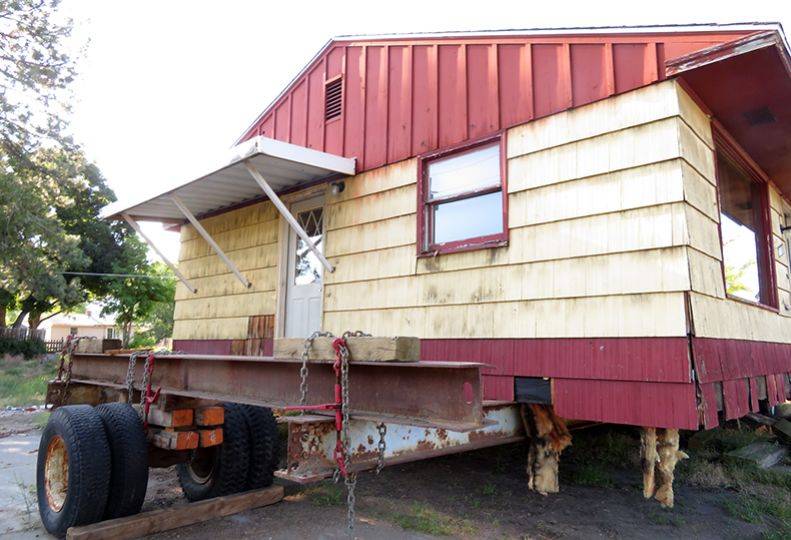 -—Mike McLean
Houses are prepared to be moved off the site of a future Numerica Credit Union branch on Spokane’s North Side. Construction of the new branch is to start in the fall.

Spokane-Valley based Numerica Credit Union plans to build a new branch at 6281 N. Maple Street, south of W. Francis, near the Five Mile Shopping Center, says, Licia LeGrant, an architect with Bernardo|Wills Architects PC, of Spokane, which is designing the project.

The 3,000 square-foot single-story branch will be constructed on a 2/3-acre site where four lots will be combined into a single commercial lot.

The new branch will include a single drive-thru lane with an ATM and a night drop, she adds.

Before construction can start, four small houses currently raised onto temporary blocks on the site must be moved or demolished, she says.

KayCee Murray, senior vice president of information technology at Numerica Credit Union, says the credit union is waiting for these homes to be moved to their new location so that the ground can be leveled and prepared for construction to begin.

Murray declines to provide a project value, saying, “Numerica’s plans for the branch are still in the works, so the project’s value has not yet been finalized.”

A similar-sized STCU branch that was completed last year in Spokane Valley had a construction value of $1.2 million.