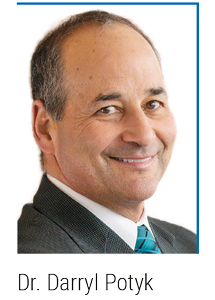 The concept of population health that the University of Washington School of Medicine is implementing throughout its curriculum aims to help physicians become proactive toward improving the health of groups of people, rather than only reacting to disease on an individual basis.

In this piece, I’ll provide an overview of past and present approaches, then delve into how physicians of the future are being trained.

The Past: Focus on Disease

When asked about the patient in room 236, the resident and medical students begin expounding about the room’s occupant—a 29-year-old woman named Alice who was admitted to the hospital on the verge of death.

(Alice is a fictionalized composite character based upon many real-life patients I have encountered over my 30-year career as a physician.)

She’s suffering from a raging infection caused by bacteria in her blood due to an infection in one of her heart valves; a condition called endocarditis.

Endocarditis often is emphasized in medical school curricula and known as a “classic textbook disease” because it so interesting. The disease can be a challenging diagnosis; patients may or may not have subtle yet classic physical examination findings of heart murmurs and skin nodules from infected pieces travelling throughout the body. As the body fights the infection sometimes immune complexes are formed that can damage the kidneys.

In recent years, endocarditis has gone from being uniformly fatal to a curable condition. In the past, most cases were the result of abnormalities of the heart valves—either congenital or due to rheumatic fever—but in recent times the majority of cases occur among intravenous drug users. This is the case for this patient—her drug of choice is heroin and she last shot up two days prior to getting sick.

Alice is a heroin-addicted Caucasian woman, currently homeless. By hospital day three, the diagnosis was made—same diagnosis as in the past scenario—and treatment initiated.

For the reasons cited above, this is a great case intellectually, but for other reasons, it is also difficult. Despite medications to decrease her symptoms, Alice is going through heroin withdrawal. She’s agitated and irritable, and all she can think about is getting high.

She isn’t interested in hearing about the nuances of her disease, the complications, the risks, or the complex choices of antibiotics and duration of treatment. As time goes by, however, her withdrawal subsides, she becomes more cooperative, and the residents and medical students get to know her.

They discover that Alice had an upbringing much like their own, but late in high school she was prescribed opiate painkillers after getting her wisdom teeth out. Six months later, she discovered the leftover pills and found that she liked—really liked—the feeling they brought on.

Unbeknown to her parents, she refilled the prescription, and when those ran out she found herself searching for more. At first she got them from friends, and eventually bought them from people she didn’t know on the street. When the pills became scarce she tried heroin, “just once.”

The addictive power of heroin manifested itself as Alice began the downward spiral of a life revolving around drugs. She went from living with her family, to living with friends, to “couch surfing,” and eventually to homelessness.

While living on the streets, she encountered others addicted to a variety of substances, those who were mentally ill, and others who had made poor decisions or just had rotten luck. Alice somehow always managed to find money to feed her habit and prided herself on the fact that unlike others, she had never traded sex for drugs.

Modern antibacterial therapy can sterilize Alice’s blood and treat the underlying infection, yet what about Alice’s other problems? More recently, the focus would have been on giving Alice a list of resources and contacts to assist her after being discharged from the hospital. The care team knows that chances are strong that without ongoing intervention Alice will start using again.

Today, it’s common knowledge that for interventions to work, physicians of the future must look beyond treating the individual patient. Physicians need to shift their lens to caring for groups of people and for specific populations. This is the essence of population health—investigating the challenges within a given population from access to care to behavioral interventions to addressing the shortcomings in current care delivery systems.

In a population different factors can be involved—other addictions, disparities in healthcare issues based upon ethnicity, disparities in access, and environmental factors that cause disease to name a few.

Population health also means getting ahead of diseases proactively rather than reacting to situations already causing problems—healthy food preparation despite poverty, increasing exercise when doubly employed to make ends meet, and avoiding tobacco products, among others.

Population health emphasizes wellness and prevention, in addition to managing the health of a population already afflicted with disease. Those two areas are relatively new to allopathic medical school curricula, but will clearly have a big impact on the health of communities.

The UW School of Medicine leverages the groundbreaking work of its Institute for Health Metrics & Evaluation to impact local urban and rural populations. By embracing population health and incorporating these concepts into medical education, UW School of Medicine ensures the next generation of physicians will be focused on the health of individuals and communities.

As part of its progressive curriculum, the medical school has launched an integrated longitudinal course titled The Ecology of Health and Medicine, which is required for all students and extends across all four years of medical school.

As they progress through this training, not covered in traditional medical school curricula, medical students will encounter different topics with increasing levels of sophistication. Formal topics include: Healthcare Systems and Funding; Populations, Communities, and Diversity; Ethics and Health Equity; Global, Population and Public Health; Social Determinants of Health; and Interprofessional Communication.

By equipping students with information about health systems and policy, about social and environmental factors that affect health, as well as an understanding of individual diseases, UW School of Medicine graduates have a solid understanding of the health care milieu in which they practice. Equally important is the fact that our future physicians have the tools necessary to enact change; they understand the dynamics of health care systems and how they work, and how interrelationships are key to making positive changes in our communities.

They also will have tools. UW School of Medicine graduates are becoming equipped to treat both individuals and populations to make significant impacts. They understand how to enact change, such as destigmatizing mental health disorders so those afflicted can get the necessary resources, which leads to better functionality in society.

Looking ahead, medical school students will know that to achieve greater changes among populations they need to counter current population epidemics such as diabetes and obesity through impacts to communities.

Through understanding and practicing the tenets of population health, our next generation of physicians will know how to predict risks to help deliver a better standard of medicine for all.

With the UW School of Medicine as its cornerstone on GU’s campus, the UWSOM-GU Regional Health Partnership is expanding and enhancing top-ranked medical education in Spokane. Working closely with the community, the partnership identifies opportunities and engages in collaborative solutions to grow eastern Washington’s economy.