Occupancy at facility currently is at 90% 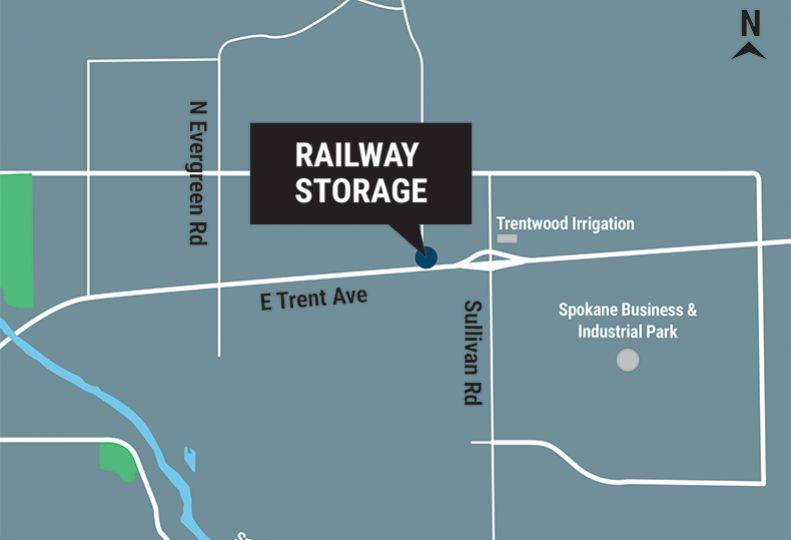 Railway Storage LLC has started work on the construction of four new buildings and paved outside parking at its facility at 4210 N. Progress Road, in Spokane Valley, says co-owner Mike Thew.

According to permit information on file with the city of Spokane Valley, the construction is valued at $3.25 million. Thew says, however, the project will cost much less than that, at about $1.3 million.

“We’re trying to keep it in that area of cost,” he says. “Hopefully with everything going on in the world, we can keep it there.”

Building pads are under construction at the site, as is work on a roundabout for fire department access and a paved parking lot for additional vehicle storage, he says.

The building materials have been delivered already, which Thew says will help meet the expected construction deadline in about two months.

Construction plans call for over 27,000 square feet of storage space that will add 93 storage units of varying sizes ranging from 100 to 560 square feet, he says.

The site will have a total of seven storage buildings when complete.

“The units will be larger than the existing units, and we’ll be able to have good sized recreational vehicles and boats in the open spaces for parking too,” Thew says. “They will have a mix of units because we wanted to utilize the property as best we could. I would’ve liked to have bigger units, but we just didn’t have the square footage to justify it.”

The property is located on a 4.3-acre lot at the northeast corner of the intersection at Trent Avenue and Progress Road, and across Progress from a NomNom convenience store.

Thew says the buildings will be constructed by Post Falls-based Steel Structures of America Inc.

Railway Storage’s existing units are about 90% occupied, Thew says, adding the storage development was driven by the desire to completely build out the property, and not due to increased demand for storage units in the area.

Elsewhere in Spokane County, a U-Haul storage facility will be renovated, at 4110 E. Sprague, in East Central Spokane.

The project calls for the remodel of a one-story, 24,400-square-foot building that will add a new shop facility in a project valued at $1 million, according to permit data from the city of Spokane.

A representative of the U-Haul development couldn’t immediately be reached for comment.

Stalcup Construction & Design LLC, of Burns, Oregon, is listed as the contractor on the project, and David Combs, of Phoenix, designed it.