Raising the bar at the YMCA 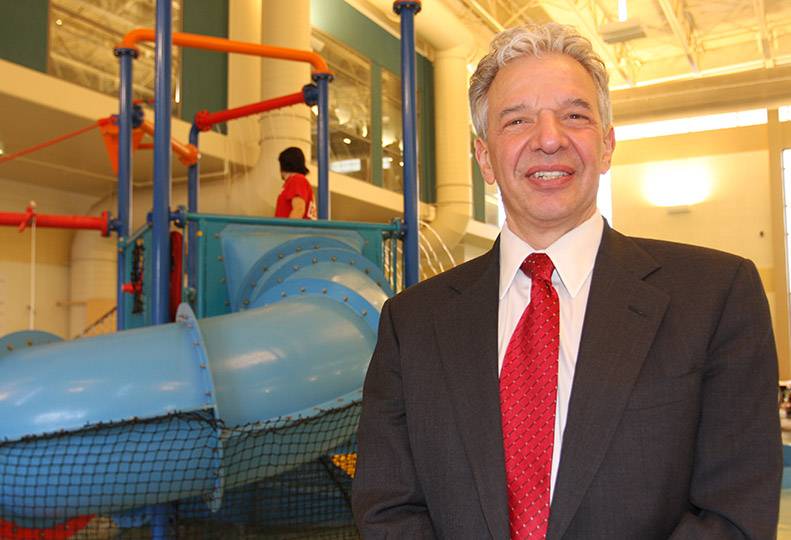 The YMCA of the Inland Northwest relies on donations to provide community services regardless of a person's ability to pay, and because of increasing need, the nonprofit has raised its fundraising goal this year by nearly 10 percent, its top executive says.

The nonprofit's annual fundraising campaign, called Partners for Youth Community Support, is currently under way and helps pay costs for community assistance, such as scholarships for Camp Reed and a court-appointed teen program that provides work skills and mentoring.

"We have a gap, so we have to grow our charitable contributed revenue," Tammaro says. "That needs to go to the front burner. People may think of us as a gym, or a treadmill, or a swimming pool, but they may not see the terrific mission-based work that we do."

Two of those centers—the YMCA/YWCA Central Spokane facility, at 930 N. Monroe, and the North Spokane YMCA, at 10727 N. Newport Highway—opened in 2009. The Spokane Valley YMCA, at 2421 N. Discovery Place, opened in 2000. A former downtown YMCA facility located in Riverfront Park closed in 2009 and since has been torn down.

The YMCA completed a capital fundraising campaign in 2010 to pay for the two new structures, raising $36 million to go toward the projects.

Tammaro says the nonprofit grew to about 46,000 individual members in 2009, the year it finished building the two newest centers, up from 13,000 members before they were built.However, membership has declined by about 2,000 since then, which he attributes in part to the economy and in part to the newness of the facilities wearing off. The nonprofit employs about 800 people overall, with just over 100 of those in full-time positions and the majority being part time, including life guards, group-exercise instructors, and camp counselors.

Tammaro started at the helm of the nonprofit here in June 2012, replacing longtime executive Rig Riggins, who became CEO of YMCA of Greater Pittsburgh last year. Prior to coming to Spokane, Tammaro had worked as chief operating officer at the YMCA of Metropolitan Denver.

Although people who use YMCA facilities and programs pay fees for membership and for enrolling in programs, that income covers operating costs only, Tammaro says.

"Membership and program fees are what allow us to operate those," he adds. "Some people believe that by paying membership, a portion goes to our charitable programs, but we have to go out and raise that money in order to provide those programs."

Among the Partners For Youth programs, one called Membership For All is offered to people with a household income of $55,000 or less a year, that allows them to pay membership fees based on a sliding scale.

About 30 percent of the nonprofit's members receive some assistance toward their membership fee costs, Tammaro says. Separately, he says members who can't afford program costs can apply for assistance, such as for a child to receive swim lessons or to be enrolled in summer day camps.

Other focuses under the Partners umbrella include programs for cancer survivors' wellness, diabetes prevention, teens, youth sports, and child care, among many others.

For charitable-giving contributions, the Partners for Youth campaign allows for donations that can be paid in increments by individuals or companies, starting as low as $5 a month. Some employers offer matching gift programs.

"We really want to grow the membership giving," Tammaro adds. He says only 4 percent of YMCA members here contributed to the 2012 support campaign, while the national average is 16 percent of members contributing to the annual fundraising drive.

Under its other planned giving options, the YMCA also has an endowment fund, which is sustained at just slightly under $1 million held in investments, and the nonprofit receives annual earned interest income from that fund.

The endowment is funded mainly by individuals who have named the YMCA in their wills to receive gift money or assets, such as a life-insurance payout upon death.

The YMCA has launched a new endowment campaign this year in conjunction with Camp Reed's 100-year anniversary, which will be in 2015.

The goal is to raise $2 million in the new endowment fund by that anniversary date to sustain Camp Reed improvements and scholarships, Tammaro says. The camp serves about 2,000 children every summer.

Also as part of its donation options, the YMCA here is licensed with both the states of Washington and Idaho to offer charitable gift annuities.

The annuity pays a donor an interest rate based on age and actuary tables for the rest of his or her lifetime, with the agreement that the total annuity amount goes to the nonprofit upon the individual's death.

The nonprofit receives some state-contributed subsidies for specific services it provides to lower-income people, such as for child care, Tammaro says.

The state-controlled subsidy payments total nearly 41 percent of $1.6 million it has budgeted from public support sources.

The YMCA, through its mission to put Christian principles into practice through programs that build a healthy spirit, mind, and body for all, remains committed to keeping its facilities and programs available to anyone who would like to become involved, says Mary Berry, the communications director for the YMCA of the Inland Northwest.

"We do not stop providing financial assistance once the funds raised are expended," Berry says, adding "It supports a family whose child can participant in a youth sport with their friends, and there is no sticker to identify who pays full price, and who receives support.

"It's where a struggling family can come and have some fun."

Tammaro says that after more than 35 years of working in YMCA leadership in different cities, he is impressed by the generosity among people in the Spokane community.

"Spokane is an extremely caring and philanthropic community," he says. "When asked, they will give, and when people give, the whole community gets better."

Tammaro also says, "We're seeing more people in this tough economy who have never come to us before, but now they've lost a job or they've had an expensive medical condition, or death of a spouse."

Tammaro also points out, "We've always been able to help the chronically poor, but other people are coming to us as well."