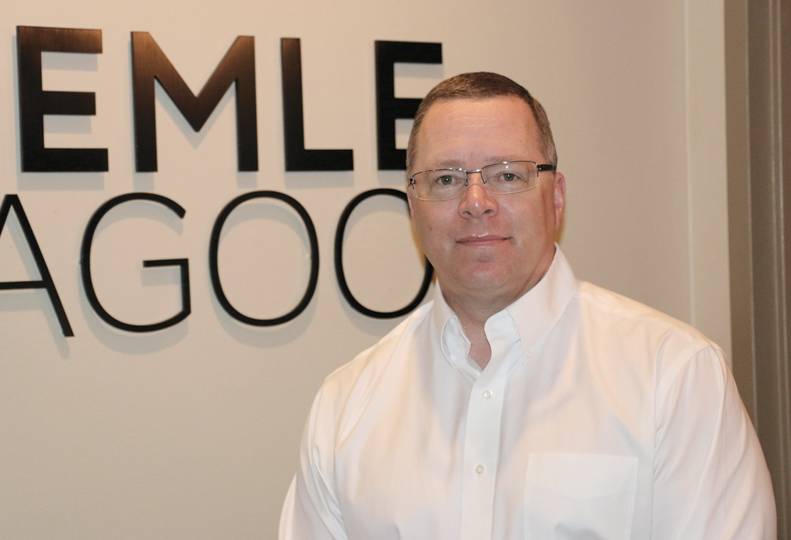 The senior leadership team at Spokane-based real estate company Kiemle Hagood finds itself in a considerably more enviable position than many businesses that are suffering through, or have been claimed altogether, by the coronavirus nightmare.

Gordon Hester says 2019 was a record year in terms of net income for the company, which was founded in 1971. Though he declines to disclose a dollar amount, Hester says net income was up 10% last year over 2018.

The company saw growth in all aspects of the company, both in sales and leasing activity. And prior to the onset of the global pandemic, this year was shaping up to be another banner year for the company, Hester says.

“I don’t think we were looking for a record year in 2020, but we were thinking very positively about the business environment and the real estate market,” he says. “We had a huge January, so we thought we were looking at a pretty strong 2020 in both sales and property management.”

The events of March brought those expectations to a crashing end. He says the company undertook a series of measures with the goal of not having to implement layoffs, an accomplishment it’s been able to meet so far.

“The first thing we did when things were being mandatorily shut down was take stock of the critical expenses needed to continue no matter what,” he says.

To save jobs, however, the company cut salaries for its 180 employees. Hester declines to show the percentage of wage rollbacks employees sustained.

“This was an across-the-board salary cut to get us through this unforeseen time, whether it’s 30, 60 days or longer,” he says. “That’s the biggest challenge…  we just don’t know how long this is going to last.”

All advertising and travel budgets were frozen immediately, Hester says.

Kiemle Hagood has applied for a Payroll Protection Program loan through the Small Business Administration in an added effort to protect its employees, he says.

Kiemle Hagood’s corporate office is located on the fourth floor of the Chase Financial Center, at 601 W. Main in downtown Spokane, where roughly a third of its employees are based. The company also has offices in Coeur d’Alene; Kennewick, Washington; Missoula, Montana; and Moscow, Idaho.

Including Hester, fewer than 10 — most of whom are members of the accounting department – are still working in the Spokane office as they keep safe distance, he says.

“Because the property management and building maintenance part of what we do is considered an essential service, we’re making sure we continue to provide those services to our customers and our tenants,” he says.

Kiemle Hagood manages both multifamily and commercial properties. The company oversees residential properties that house a total of roughly 1,200 people while its commercial property management portfolio includes more than 9 million square feet of floor space in Washington, Idaho, and Montana, he says.

“It’s everything from large office buildings and shopping centers to medical offices to small mom and pop retail buildings too,” he says. “We cover a wide variety of real estate.”

Hester asserts the company is in good shape to weather the storm.

“For one, we’re a very conservative company, so we don’t take on a lot of debt,” he says. “We feel very, very comfortable that we’re going to be able to continue to provide service for the foreseeable future.”

Hester says Kiemle Hagood has a contract pending to manage another 350 residential apartment units, 57 U.S. Postal Service office locations, and the company currently is looking to add at least three employees to its sales team.

“You get caught up in some of the fear and the frightening stuff; but there’s a lot of good things going on in the company as well,” according to Hester.

“I feel like we’re in a good spot to get us clear through the end of the year,” he says.

Despite the company’s seemingly strong position, Hester says he and his peers have empathy for small business owners and are doing their best to work with those clients.

“The one thing that strikes me in this event is just how devastating this is on the small business owners,” he says. “Because we manage real estate – the restaurants, the bars, the small retail shops – a lot of these people are our customers.”

“It’s really disheartening,” Hester says. “We’re hopeful they hang in there, and we’re trying to work with them on behalf of our building-owner clients.”

Hester says company officials believe the fundamentals of the economy were solid until “this crazy event” occurred.

“How do we tread water and get everybody through it so that we can come out on the other side and move on?” he asks. “It’s what we’re all trying to do daily.”