Incidences are unusual, but agents can be targets 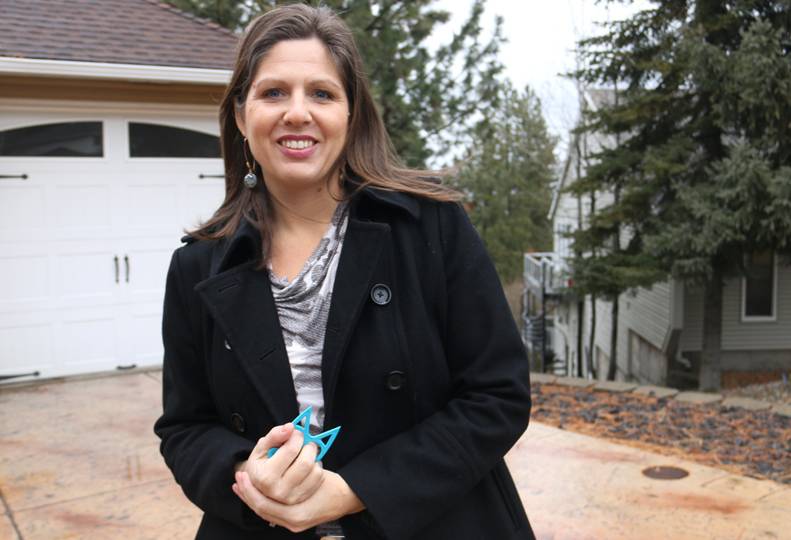 -Virginia Thomas
Spokane Realtor Miranda O’Callaghan, holding a self-defense device, says a number of precautions can be taken to ensure safety when showing

In 2013, the Yakima Herald reported the brutal assault of Yakima real estate broker Vern Holbrook at a rural home he was showing to a couple who posed as potential buyers. Holbrook died of complications related to his injuries several months later, and three people were charged with first-degree murder.

The attack shook those in Washington’s real estate industry. Even now, it serves as a reminder to brokers and agents to take safety precautions for every interaction with a potential buyer.

Dezda Finn, governor of the Women’s Council of Realtors Washington and owner of Spokane-based Dezda Finn Properties LLC, says real estate professionals can be a vulnerable target for those who wish to do harm, especially because nearly two-thirds of Realtors nationwide are women. At the local level, the Spokane Association of Realtors says women represent about 51% of Spokane Realtors.

“Sometimes people are looking for a particular type of Realtor, and they look through pictures to decide who they want to try to meet,” Finn says.

Miranda O’Callaghan, real estate agent with Century 21 Beutler & Associates, says she recommends that agents and brokers who are meeting potential buyers at a property carry a weapon. For example, she keeps with her a plastic cat-shaped weapon which slips over the knuckles, with the pointed cat ears acting as a sharp deterrent.

“You hate to think the worst, but you always have to be prepared,” O’Callaghan says.

O’Callaghan also uses a phone app called Homesnap, which, when she’s within 200 yards of a property, will show information about the property, as well as allow her to set a safety timer.

“You can say, ‘I think I’m going to be in here for 30 minutes,’ and you can set a contact; if that time expires and nobody’s heard from you, (the app) will send a safety text, an alert, to that person,” O’Callaghan says.

The app can also send an instant safety alert, somewhat like using a panic button.

“If something is happening or you feel like something is urgent, you can just hit a button, and it will notify the people you’ve selected as your safety contacts,” she says.

Finn has a brown belt in taekwondo and encourages those she works with to get self-defense training and to carry pepper spray or a stun gun.

Mindy Jo Lyons, also an agent with Century 21 Beutler & Associates, often shows properties in sparsely-populated areas of Spokane County, where cell phone service can be unreliable or nonexistent. Lyons says she has a concealed carry weapon permit, but she’s never needed to use a weapon against an aggressive potential buyer.

“I make sure that they send me their driver’s license or pre-approval or proof of funds,” Lyons says. “If they’re not willing to do that, I don’t meet them.”

While all three carry self-defense tools, they say that staying aware of surroundings and listening to gut feelings are two of the most important things an agent can do to stay safe.

They also recommend the buddy system.

“A lot of people want to feel like they can do it all on their own, but sometimes you just have that weird feeling, and until you get seasoned and know what you’re doing, it doesn’t hurt to ask for backup,” O’Callaghan says. “Even when you’ve been around for a long time, sometimes you feel like you need backup.”

She says agents who are hosting an open house always should have at least one other trusted person in the house during the event and should pair up to make sure all visitors have left the property before the agents leave the property.

Finn recommends that agents arrive at the property early, so that they can get a sense of the layout of the house.

“Find out where the exits are and make sure they’re unlocked, so that if for some reason you have to escape, you know where and how to do that,” Finn says.

O’Callaghan says it’s important for agents to avoid walking ahead of prospective buyers when showing a home.

“That way you know where they’re going and you’re not one step in front of them, not knowing if you’re going to get locked in that basement,” she says.

Finn says she’s been in some uncomfortable situations with potential buyers and renters. In those situations, she puts space between herself and the person she feels could pose a threat.

“I make sure that somebody knows that I’m uncomfortable, where I am, and who I’m with,” Finn says. “Then I usually stand outside and let them look through the house themselves.”

Lyons says that if she feels uncomfortable with a potential buyer, she speaks up.

Finn agrees, adding, “Oftentimes we’re a little bit too polite, because we’re trying to be nice, when we really need to say, ‘Stop, you’re invading my space, I’m not comfortable.’”

It can be easy for an agent to be distracted from potential dangers by the possibility of making a sale, Lyons says.

“We need to see common sense before money,” she says. “If you’re thinking, ‘I’m going to make this sale,’ and you’re not thinking first about your safety, that’s not a good situation.”